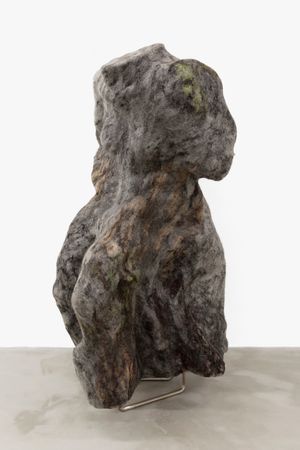 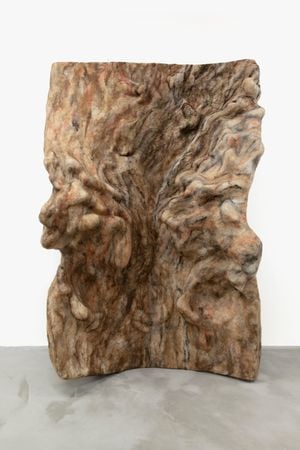 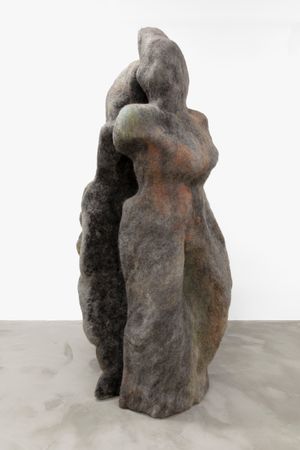 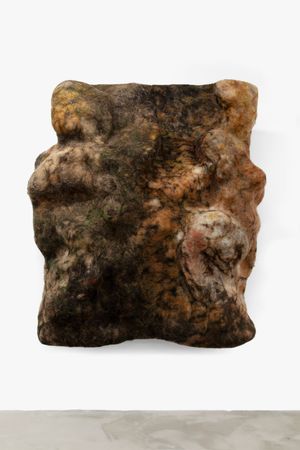 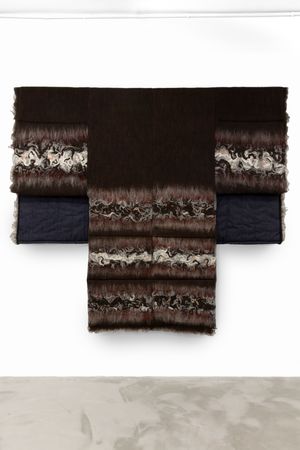 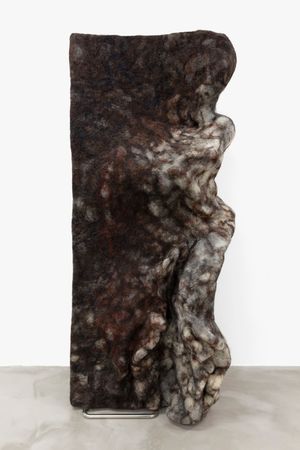 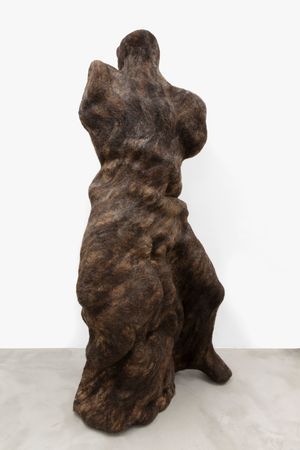 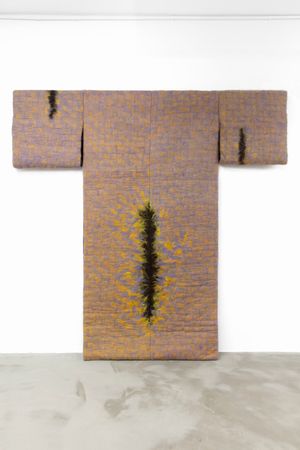 Empty Gallery is pleased to present Olistostrome, our 2nd solo exhibition with Jacqueline Kiyomi Gork (formerly known as Gordon). Often aiming to reconfigure received hierarchies between audience, performer, and exhibition architecture, Gork's hybrid practice exists in the slippery disciplinary interstice between sculpture and sound installation. Acutely sensitive to the ways in which the sonic world regulates and moulds our sense of subjective interiority, Gork both draws on and subverts the legacy of cybernetics– creating systems of embodied feedback which seek to mobilise the emancipatory potential latent within everyday materials and infrastructures, as well as the simple act of listening.

Taking its name from a geological term for a rock mass created through the chaotic sliding and accumulation of semi-fluid sediments, Olistostrome consists of a series of new acoustic sculptures set within a complex sound installation developed in Supercollider. Through a networked array of microphones, loudspeakers, and custom signal processing software, Solutions to Common NoiseProblems transforms the 19th floor gallery into an unstable circuit encompassing apparatus, sculpture, architecture, and spectator. Staged within a sensitised field of river stones suggesting a dry landscape garden or lunar expanse, Gork's matrix of potential sonic events invites embodied interaction. Within this space, simultaneously physical and virtual, bodily noises are spatially and temporally dislocated– rendered strange through a series of live computational transformations.These dislocations call into question the sovereign relationship between our minds, bodies, and environment– challenging such linear antinomies as exterior/interior, active/passive, and cause/effect– demystifying the role of acoustic experience in maintaining these cultural constructions in the process.

This visual and sonic landscape is punctuated by a series of sculptures known as Attenuators. At once resembling sacred rocks, greco-roman statuary, and topological formations, these enigmatic structures– dispersed like islands within a reservoir of dry pebbles– function simultaneously as sculptures in the classical sense, and as sonic modifiers for Gork's psychoacoustic environment.Formed out of felted wool through a laborious hand-needling technique, they continue her long-term exploration of the shared vocabulary common to handicrafts, fiber art– specifically in it's feminist and post-minimal incarnations– and industrial sound-proofing textiles. The seemingly homogeneous surfaces of these sculptures conceal complex active geometries of folds, pores, and hairs subject to the vibratory influence of the installation, much like the pleated membranes of our own bodies. Vital participants rather than passive members in the economy of Gork's exhibition, the Attenuators are forms which dramatise and embody the invisible act of absorptive labour– their own ability to take in acoustic energy from the room, decreasing the presence of certain frequencies in the air.

In Gork's practice, the specialised realm of acoustic processes– concepts such as feedback, reflection, filtration, etc.– are pressed into service as working metaphors for the psycho-social movement of subjects in the world. Loudspeakers and microphones, rooms and textiles – even, and perhaps especially, bodies and ears– are merely circuits of differing complexities and scales, porous yet fragile interminglings of micro and macrocosmic systems. The works on view in Olistostrome ask the viewer to redefine the boundaries of their own agency, challenging the distinction between active participant and passive spectator, intelligent matter and dumb material. They seek to explore how, collectively, we might venture to arrest the creeping process of intersubjective reification; the fossilization of vital sediments into hardened representation.

Sign up to be among the first to know when new exhibitions by Jacqueline Kiyomi Gork or at Empty Gallery open.
Sign UpLogin