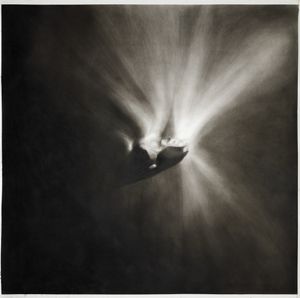 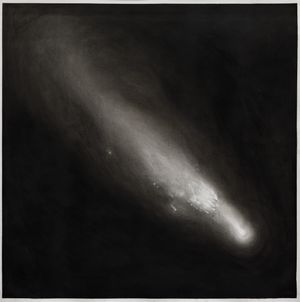 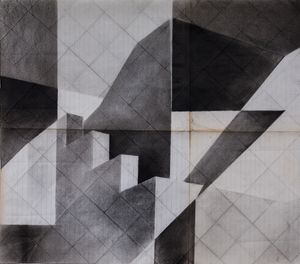 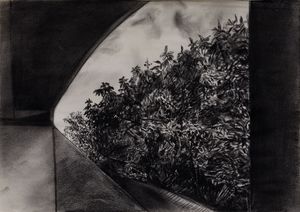 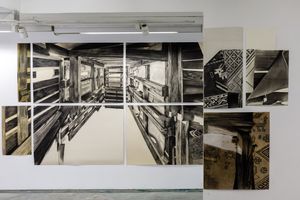 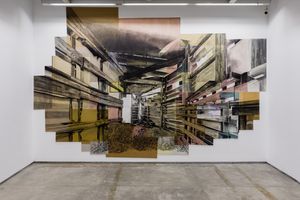 Experimenter presents A View From Nowhere, an immersive solo by Julien Segard at Experimenter – Hindusthan Road. Rooted in experiences of solitude and silence within a remote, rustic cabin in France, where Segard spent most of the past year. The exhibition is a reflection on interiority, the passage of time, and the fragile equilibrium we anchor ourselves to.

At first sight the exhibition exudes an environment of a constructed space, but in time reveals itself to resemble a disjointed dreamscape, a field of sight, a way of looking at the world outside through the crevices of Segard's own mind. It is this sliver of view that Segard uses as a tool to underscore the fragility of our foundational interior relationships with the exterior.

For Segard, the cabin symbolises on the one hand precarious experiences of ephemerality, withdrawal and rupture, but on the other – memories of childhood, the wonderment with time and its perceived speed, of transformation of day into night and the changing of seasons– from silent spring to harsh winter, of infinite stars and celestial bodies, shadows, light and darkness, and their presence and absence. Using a range of found paper to make large collages, charcoal drawings and paintings, Segard builds an environment that engulfs the viewer, embedding them deep within the minuteness of the details of installation and at the same time throwing open vast infinite spaces. Inhabiting these extremities at the same time, he touches upon the bodily and perceptual negotiation of co-existing in an intimately familiar interior in the backdrop of an unknown limitless exterior.

A View From Nowhere

Sign up to be among the first to know when new exhibitions by Julien Segard or at Experimenter open.