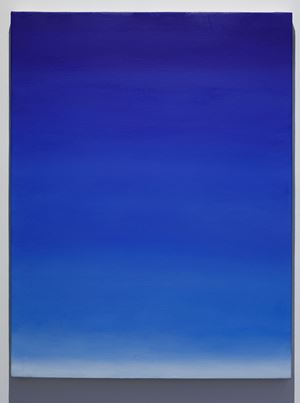 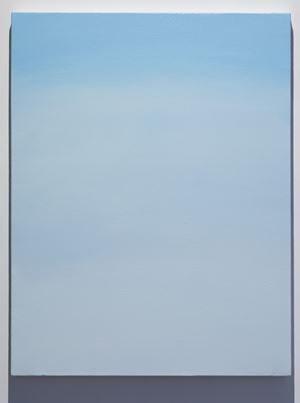 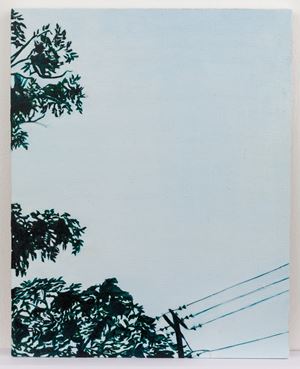 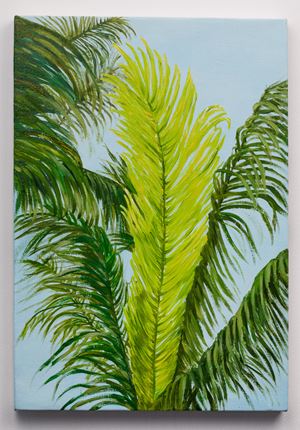 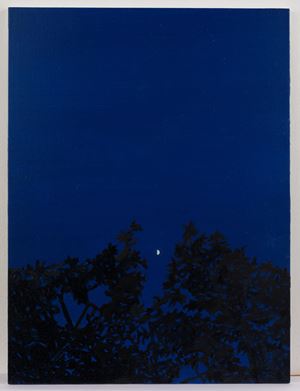 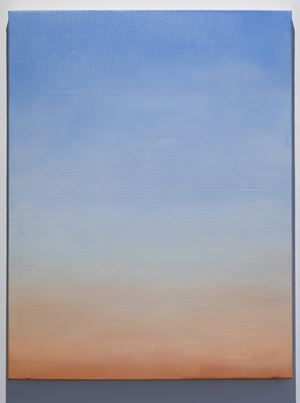 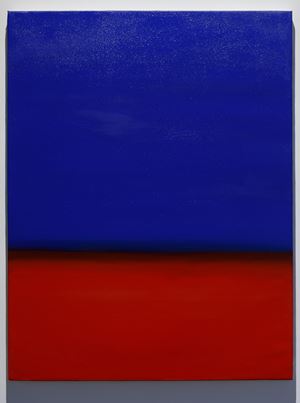 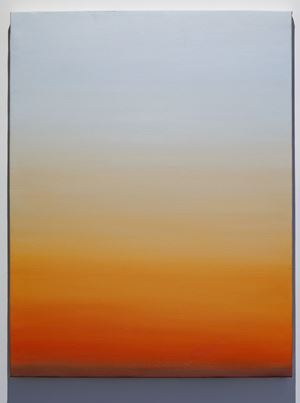 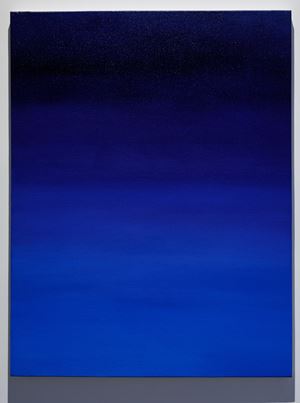 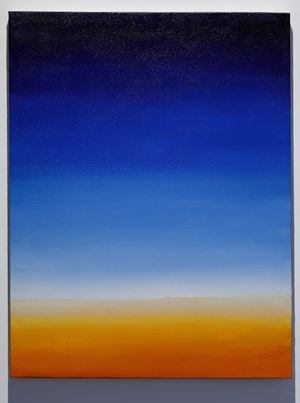 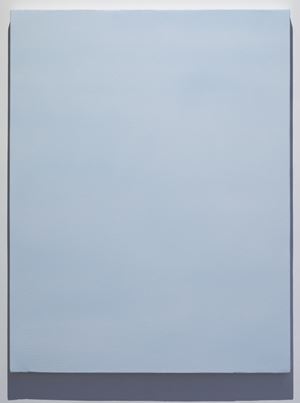 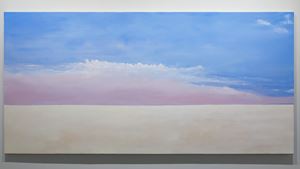 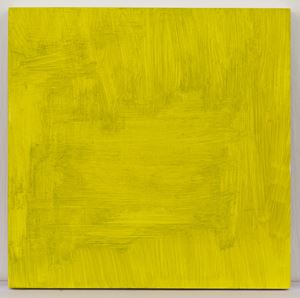 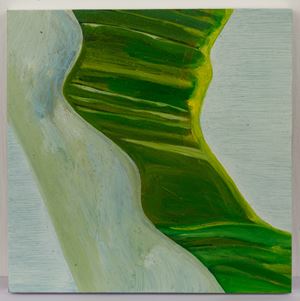 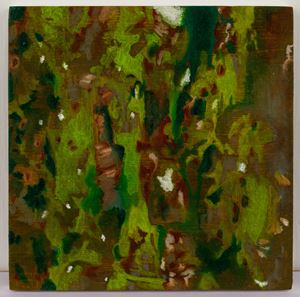 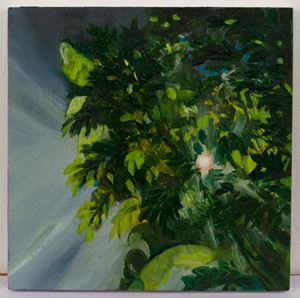 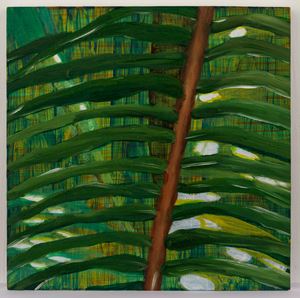 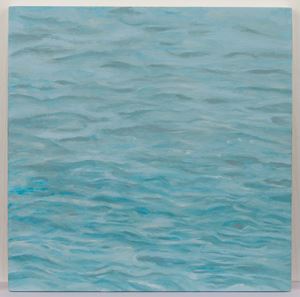 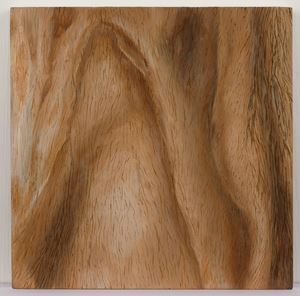 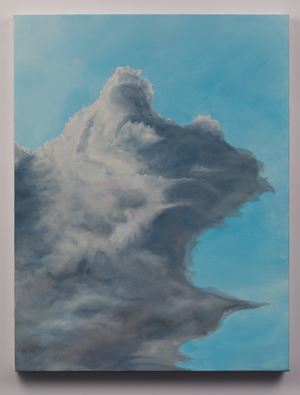 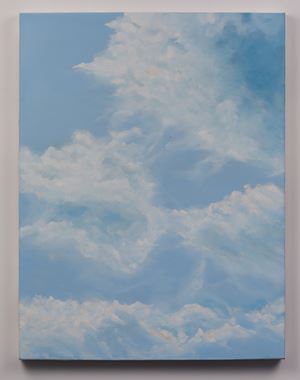 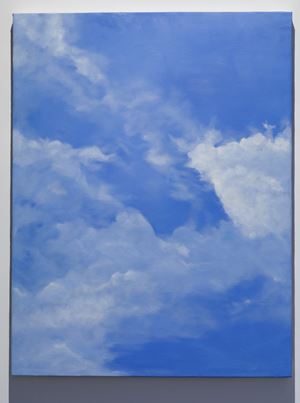 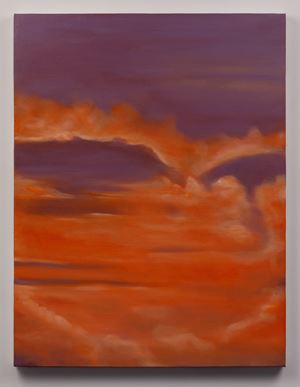 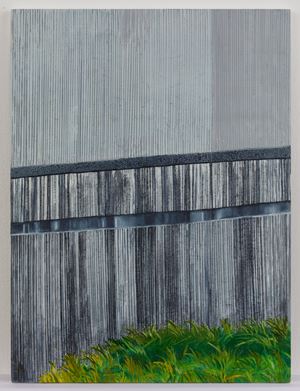 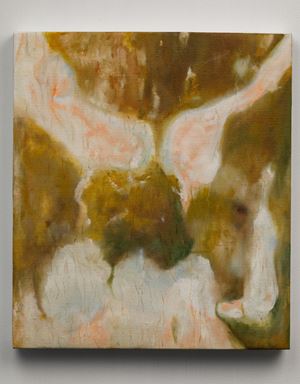 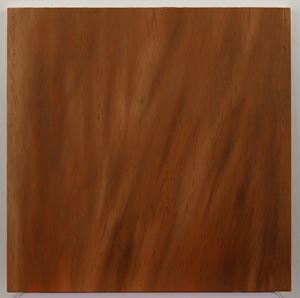 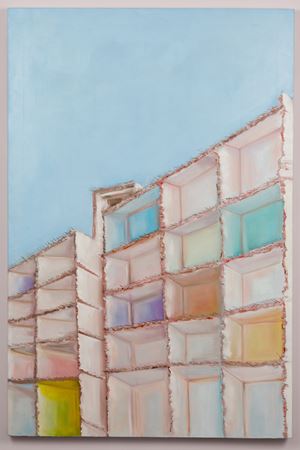 Experimenter presents Ayesha Sultana's third solo at the gallery, Bare Bones, bringing together an intensely personal yet acutely revealing body of work, that deals with the body and stillness, its relationship with space and movement, breaking down the act of painting to express an intimate moment, where physical and emotional limitations are stretched, tested and broken.

As visceral and instinctively material as the act of painting can be, Sultana's gaze on what surrounds her immediate space and field of sight, her inner perceptions and emotional entanglements occupy her work. The paintings seem to form a mode to express several contradictory lines of experiences tugging at a central nervous system. Forms of bark of a tree feel skin-like, over a fragile body, indicating a space of futility and transience – others, paintings of skies – blue, resplendent and lush point to life, hope and fruition. Seen together the exhibition feels like a void – an infinite landscape of space between empty sky and sea where vistas in the foregrounded paintings meet colour-fields on the background walls and light gives way to vacuity. For Sultana, who has often described her practice as a verb, of splicing, scratching, and mark-making, the measurement of space between things, even if the space is minuscular – such as a space between breath or infinitesimal – such as that between panoramas, is sensed.

Solitude is exacting, taking away more than it gives. Studio practice, for Sultana, is often an act of solitude, one fraught with silence, of deep reckoning and distance. The distance that can sometimes be comforting, can also be intensely painful. To live with oneself and to paint in expressing this solitude, one has to cut off the hand that offended, cut, slice, peel, scrape, and tear away, until what one is left with, are stripped-down bones. Sultana attempts to make two ends of the horizon of her vision come together in Bare Bones that coalesce in seemingly transient moments. Paradoxes appear, where secludedness, introspection and a solitary gaze, further suggest a constant oscillation of emotions that underscore this exhibition.

The exhibition in its physical form will be open to the public between 11 am to 6 pm every day except on Sundays and other government mandated closure dates. Visitors to the gallery must wear facemasks at all times. Physical distancing and other safety measures will be followed at the gallery.

Sign up to be among the first to know when new exhibitions by Ayesha Sultana or at Experimenter open.