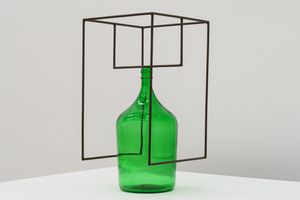 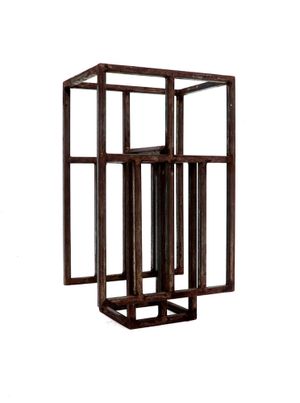 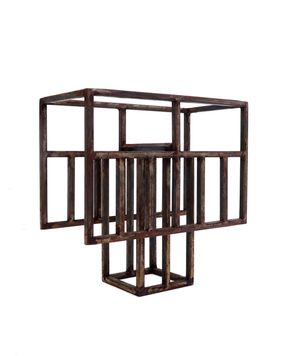 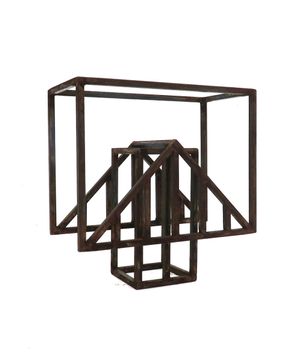 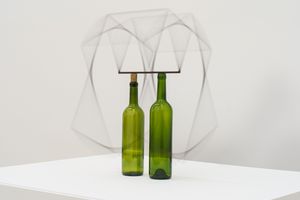 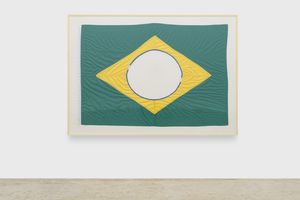 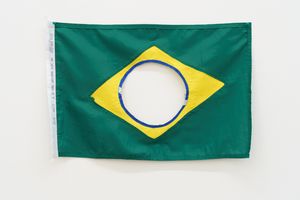 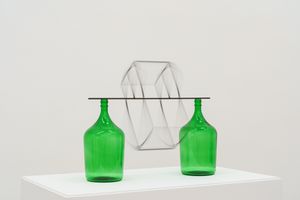 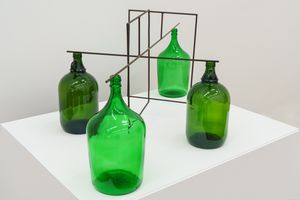 Empty Head showcases two series of sculptures created by Mourão during the social isolation period due to the Covid-19 pandemic. The first series, titled Rebel, brings together three sculptures made of corten steel that weigh approximately 1 ton each. They were created in honour of the experimental music venue Audio Rebel, in Rio de Janeiro. According to the artist, the recent works are closer to a machinic grammar that brings in more weight, uses more material, and generates greater visual shuffling, as well as a more intimidating tone.

Mourão argues that the works are more than kinetic sculptures, positing them as interactive objects whose dynamism depends on the audience's touch and interaction. For Mourão, public engagement with the sculptures is a metaphor for his own engagement with society. He believes that the sculptures' movements might instigate a consideration about the bewilderment, we experience when facing a constantly changing reality, that is accelerated and saturated with information. The sculptures' weight, while making use of gravity as a physical force invite the audience to ponder about movement and fixity, weight and lightness, violence and care, and ultimately life and death.

In opposition to the large-scale sculptures of the 'Rebel' series, the artist also presents a set of more fragile and delicate kinetic works, made of glass and steel. By incorporating everyday objects as the bases of his pendular structures, Mourão reaffirms the irony and the nonsense as structural elements in his practice.

The New Brazilian Flag #3, a work that resignifies the Brazilian flag, is also part of the exhibition and was created during the 2018 Rio de Janeiro carnival. At the festivity, Mourão displayed the country's flag without its central starry blue circle, which represents the federations and holds the inscription 'order and progress.' The work was first installed at Arcos da Lapa, one of Rio de Janeiro's postcards, a traditional bohemian neighborhood, and the scenario of several artistic and political events. In the following years, the artist unfolded the same motif into different compositions and arrangements, which updated the work vis-à-vis the actual political context and how Brazil is dealing with the sanitary crisis.

Sign up to be among the first to know when new exhibitions by Raul Mourão or at Galeria Nara Roesler open.
Sign UpLogin