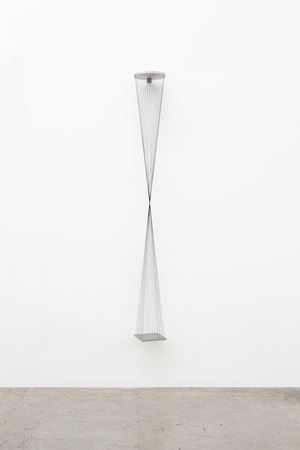 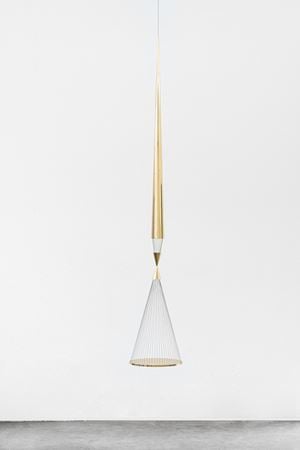 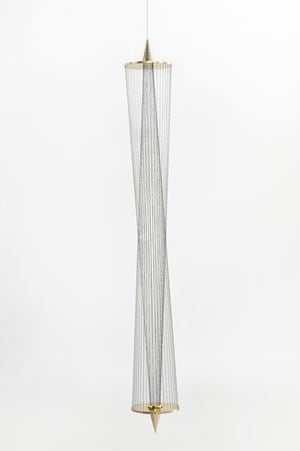 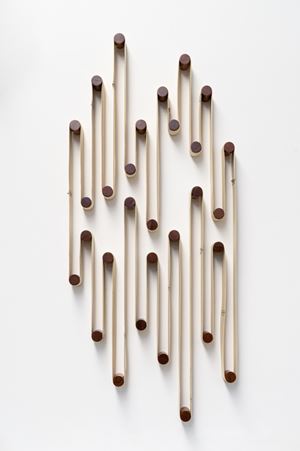 Galeria Nara Roesler | Rio de Janeiro is proud to present Inverso do infinito [The Inverse of the Infinite], a solo presentation by Artur Lescher. The exhibition features ten recent works produced between 2018 and 2020 by the artist. The works synthesise and unfold many of the elements that constitute Lescher's original sculptural practice.

Artur Lescher is inscribed as one of the main exponents of contemporary Brazilian sculpture, precisely because of his ability to articulate principles of the genre from a current and in-depth perspective. His production renews the heritage of the Russian avant-garde's formal geometric rigour in the likes of Vladimir Tatlin and Kazimir Malevich, as well as the sinuosity of Jean Arp and Constantin Brancusi. The latter is an undeniable reference for the artist, not only for the pronounced verticality of Lescher's structures, but also for the specular politeness of the surface that, when reflecting and distorting the space, places the audience, or their image, within the work.

On the one hand, Brancusi innovated by disintegrating the separation between sculptural object and exhibition space, both by abolishing and by integrating the pedestal into the sculpture—Lescher uses a similarly radical strategy, leaving his structures suspended in space. In recent years, Lescher has turned to a visual research in which one of the main elements that make up his pieces is gravity. The paths of this investigation have been revealed in individual exhibitions at renowned institutions, such as Porticus (2017) at the Palais d'Iéna, in Paris, and Suspensão Suspension, a major retrospective at Pina Estação, in São Paulo.

In sculptural tradition, gravity is the physical phenomenon responsible for originating the dichotomy between lightness and weight. It is in the tension and balance between these elements that Lescher creates his structures, based on the manipulation of matter and its disposition in space, guiding the public's perception. Almost all the works presented in this exhibition are suspended in the gallery. This formal solution accentuates the action of gravity, a force that governs the hierarchy of attraction between bodies, and promptly points us to the corporeality of both the sculptural object and the observer in its spatial occupation.

Rio Léthê # 13 (2020) can be considered an inflection point in the show, not only because it is the only work placed on a wall, but also because of its materiality and shape. Its undulating fluidity is the result of an investigative process that Artur Lescher has been developing for over fifteen years. The artist creates sinuous shapes from materials such as felt or steel, that are part of the Rios series. In Greek mythology Léthê is the watercourse that leads to Hades and oblivion. Here, it seems to express the movement of continuous re-elaboration of memory, the memory of the very processes and forms that are at the heart of Lescher's practice and which, when revisited, return not as repetition, but with the power of difference.

Inverso do infinito [The Inverse of the Infinite], a solo show by Artur Lescher, will be on display at Galeria Nara Roesler, Rio de Janeiro, from October 13 to December 23, 2020. The visitation will be made by prior appointment.

Sign up to be among the first to know when new exhibitions by Artur Lescher or at Galeria Nara Roesler open.
Sign Up