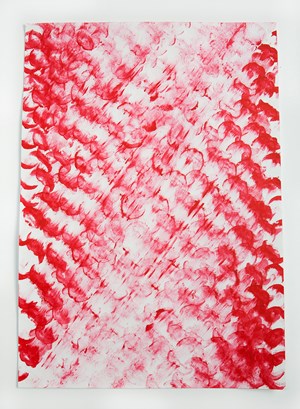 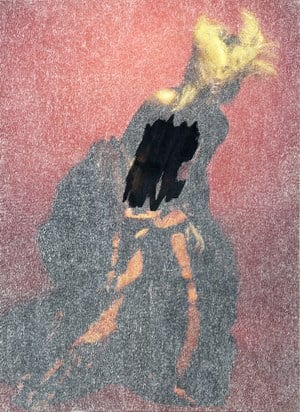 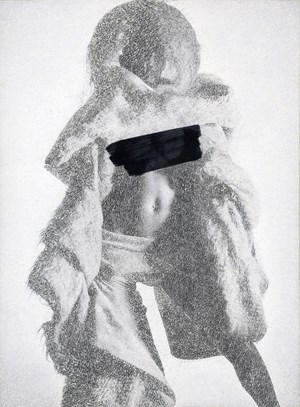 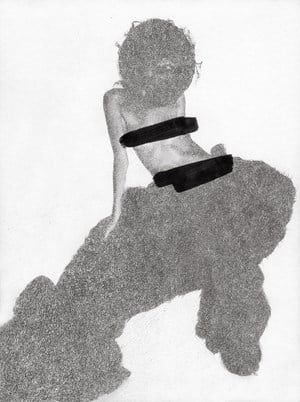 William Mackrell, born 1983 in London, works out from the body, ingesting his experiences of sensation into the fragile assemblage of language. The dialogues in his installations ignite a constant push-pull of control and release, which run through his work, setting up unsettling scenarios that blur beauty with a sinister unraveling of his thoughts. Working out of performance and an intense activation of materials and surface, Mackrell unravels a sense of animality in his approach to absence, sexuality, waiting and rebirth.

Resulting from his second residency stay in 2017 (the first one in 2013), he showed his first solo exhibition Door for a day at the Krinzinger Projekte. With Here is where we meet he is showing his works for the first time in the Showroom of Galerie Krinzinger.

In addition to another series of works, Mackrell is showing Root-of-trust. He mouths an entire CIA document leaked from a cache of files released by former CIA Agent, Edward Snowden in 2013. The extent of contemporary global surveillance by U.S. and U.K. intelligence agencies and their operational techniques to extort private information from foreign governments is broken down word by word in white lipstick on black archival cataloguing cards. He is transcoding the text into a kind of hieroglyphics of Mackrell's own language. By unrevealing the revealed, we are offered a heightened sense of skepticism towards political transparency across the world at this moment.

His work has been included in international solo—and group exhibitions including Let there be light, JAHM Collection, Justin Art House Museum, Melbourne (2019), Drawing: The Beginning of Everything, Albright-Knox Museum, Buffalo (2017), Cover Up - Why Painting Now?, Krinzinger Projekte, Wien (2013), Infinite Jest, Dundee Contemporary Arts, Dundee, UK (2012). William Mackrell was awarded the Manchester Contemporary Art Fund in 2017 with acquisition of his work to the Manchester Art Gallery collection and received the Purchase Prize from Goldsmiths College in 2016. His works are held in public and private collections including the Manchester Art Gallery, Manchester, the Albright Knox Art Gallery, the Buffalo Goldsmiths College, London and the Justin House Art Museum, Melbourne. Since 2013 the Galerie Krinzinger is showing his work at Art Fairs such as Frieze, London, Art Basel Miami Beach, Art Dubai, Armory Show, New York, Art Bruessels, Art Basel and viennacontemporary.

Here is where we meet

Sign up to be among the first to know when new exhibitions by William Mackrell or at Galerie Krinzinger open.