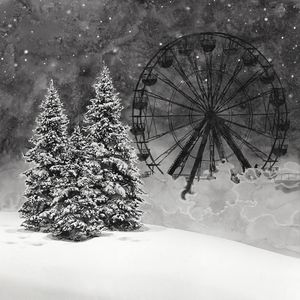 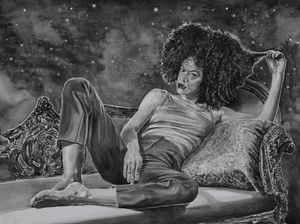 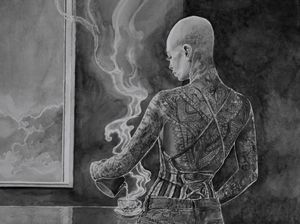 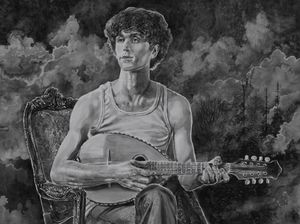 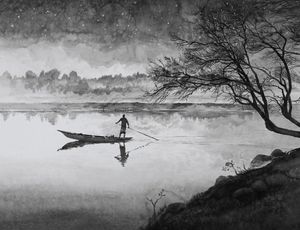 'I generally try to evoke a somewhat mysterious, fictitious, parallel world, a condensed version of reality that says something about us as human beings; how we often awkwardly stage our life, develop our relationships with others, our environment and our mortality (...) Beyond the support I use, I hope my works are like a consoling hand on the shoulder, a warm hug and a mental oasis of tranquillity. I want to give the spectator the feeling that he is not alone in the difficulties of dealing with this tragicomic existence and its obstacles.'–Hans Op de Beeck

In his career of more than twenty years now, Belgian artist Hans Op de Beeck has developed into an artistic jack-of-all-trades. Known mainly for his large, immersive installations, his sculptures and his art films, he also developed as a playwright, theatre and opera director, scenographer, and costume designer.

In addition to these large, demanding projects, the artist for the first time decided in 2009 in his solo exhibition at the Galleria Borghese in Rome to solely show large watercolour paintings. Since then, alongside his major projects, he has steadily continued to make such works on paper, works that usually arise at night, when the artist finds the right concentration and mood that -to him- belong to this solitary form of creation at the studio.

In his exhibition Works on Paper, we see a collection of large to small new works, in which traditional subjects such as the portrait and the landscape are a focus.

Several life-size portraits bring the viewer into eye contact with the models, whose appearance is both contemporary and timeless. Op de Beeck revisits the genre in his own way; there are the calmness and intimacy that are characteristic of his work in general and the onset of a fictional outdoor space that emphasises that the artist doesn't want to hide the staging.

The other works, mostly nocturnal landscapes, and small daily scenes, show us fictional nocturnal places, characters and moments that are often fairy-like, but which can also convey mystery, darkness, or slumbering derailment. In these landscapes and small daily scenes, as well as in the portraits, the artist wants to stay far away from the spectacular image, theoretical legitimation, or overly large references, but tries to evoke a simple and authentic gaze or an immersive mood through the small stories that take us to the zone of a reflective silence.

Sign up to be among the first to know when new exhibitions by Hans Op de Beeck or at Galerie Krinzinger open.
Sign UpLogin