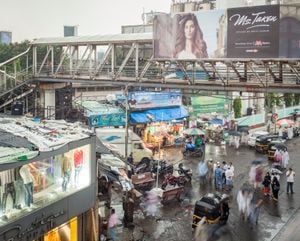 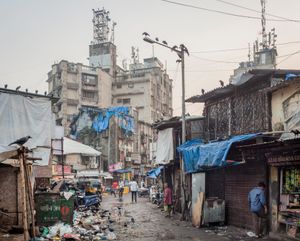 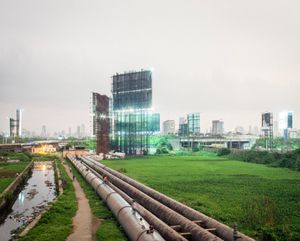 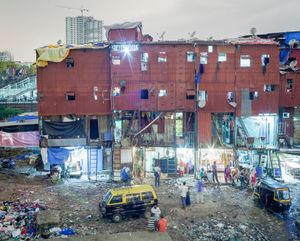 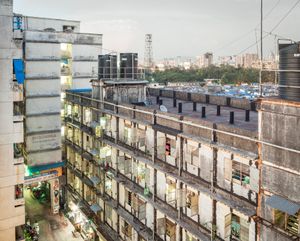 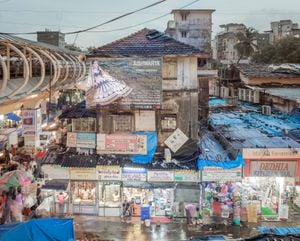 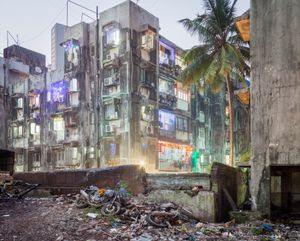 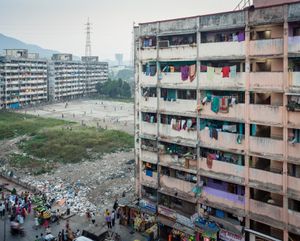 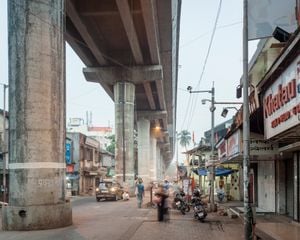 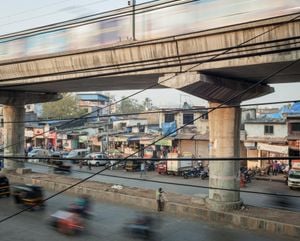 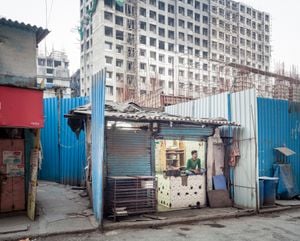 In his images of Bombay/Mumbai, Peter Bialobrzeski condenses the intense impressions of a city caught between local traditions and cultures and the uninhibited forces of globalisation and neoliberalism.

Writes Ranjit Hoskote in his essay for the exhibition catalogue: 'The rhythm of Bialobrzeski's photographs oscillates between the emphatic vertical momentum of towers that vacuum-seal their residents into a guarded sanctuary, and the flattening and erasure of the horizontal settlement. In Bialobrzeski's Bombay/Mumbai, the cityscape is dominated by the brash challenges it offers the sky (...) The photographer returns, constantly, to the depiction of a particular paradox that defines Bombay/Mumbai: the claustrophobic panorama.'

Peter Bialobrzeski (b. 1961) studied politics and sociology before he became a photographer for a local paper in his native Wolfsburg/Germany. He travelled extensively in Asia before he went back to study photography at the Folkwangschule in Essen and the LCP in London. In the last seventeen years he has published twenty-one books. His work has been exhibited in Europe, USA, Asia, Africa and Australia and is held in various major public and private collections, including Museum für Kunst und Gewerbe Hamburg, Sammlung FC Gundlach Hamburg, Ruhrmuseum Essen, Fotoforum Cologne, Museo di Fotografia Contemporanea Milano, DZ Bank Frankfurt am Main, Hessische Landesbank Frankfurt am Main, Quandt Holding Frankfurt am Main, ING Bank,Netherlands, Deutsche Börse Photography Foundation, Frankfurt am Main, Museo Vaticano, Rome, and the Uni Credit Art Collection in Munich. Until 2021 Peter Bialobrzeski taught photography at the University of the Arts in Bremen/Germany. He has received various awards, including the World Press Photo Award 2003 and 2010 and the Erich Salomon Award of the German Photographic Society 2012.

No Buddha in Suburbia

Sign up to be among the first to know when new exhibitions by Peter Bialobrzeski or at Galerie—Peter—Sillem open.
Sign Up