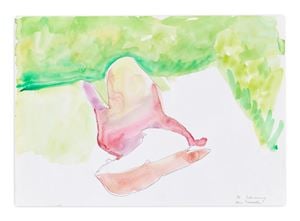 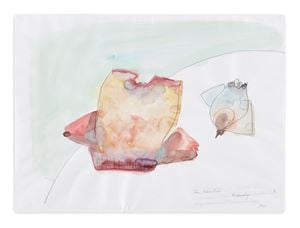 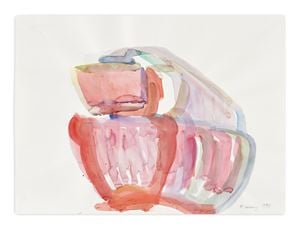 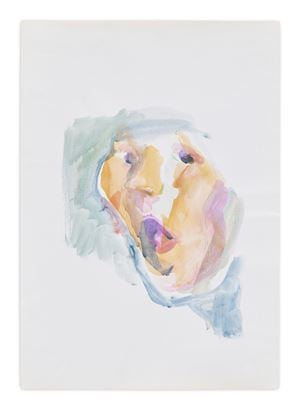 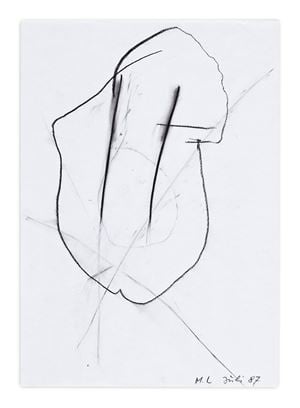 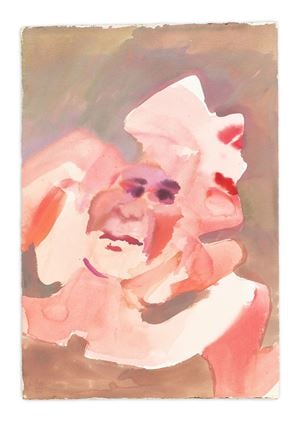 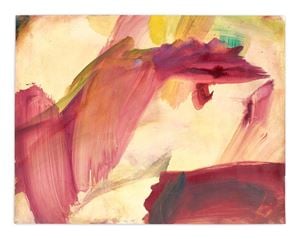 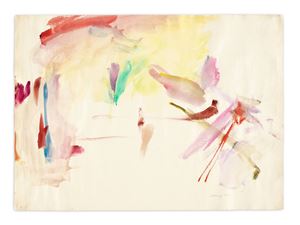 Hauser & Wirth is proud to present a solo exhibition by the renowned Austrian artist Maria Lassnig of important works on paper. Curated by Peter Pakesch, Director of the Maria Lassnig Foundation, the presentation celebrates the centenary of Maria Lassnig's birth this year. Displaying rarely exhibited drawings and watercolours from the 1950s up until the 1990s, some of which have never been exhibited outside of the foundation's archive, the presentation showcases over twenty works which reveal Lassnig's investigations into the borders of abstraction. The exhibition coincides with the retrospective Maria Lassnig - Ways of Being, at the Albertina Museum in Vienna, which has travelled from the Stedelijk Museum in Amsterdam.

Maria Lassnig's singular creative vision has been demonstrated in the exemplary exhibitions that have been shown at important museums and galleries over the past few years. Among these, the travelling exhibition Maria Lassnig - Dialogues at the Albertina in Vienna in 2017 and the Kunstmuseum Basel in 2018, which focused exclusively on drawings and watercolours, revealed the distinctive and special dimensions covered in these areas of her work.

Maria Lassnig Zarter Mittelpunkt / Delicate Centre follows in this vein exploring lesser-known terrain. This exhibition aims to deftly unearth the depths of her work by presenting a selection of watercolours, most of which are from two periods of her career that are chronologically distant from each other but quite closely related through her explorations of abstraction.

Lassnig's painted oeuvre is characterised by a high level of spontaneity in brushstroke while simultaneously paying the highest amount of attention to content, execution, and quality, which is even more apparent in connection with paper. Lassnig spoke about how this medium made it possible for her to express feelings and thoughts in a much more direct manner. The path from the artist's consciousness to the image on paper is even shorter than on canvas, and spontaneity and reflection meet there in an even more pronounced way. The subtleties of watercolour and the precision of the drawn line cover a new range of feelings, summarising and conveying felt intensities, as seen in Zarter Mittelpunkt (Delicate Centre) (1961). Here, the artist investigates the possibilities of finding new forms through the immediacy of gesture. Like many of Lassnig's watercolours from this period, works such as Zarter Mittelpunkt were experiments to test what was possible with colour.

In selecting works for this exhibition, the curator paid special attention to the painterly energy of the watercolours, an element that was perhaps overshadowed by the conciseness of her drawings in the retrospectives in Vienna and Basel. On further inspection, one can see that they are very close to the source of Lassnig's paintings. Abstraction dominates: forms begin to emerge from the intensity of the colours, approaching figuration and becoming pictures in their own right.

The artist created a parallel cosmos in these works on paper, which constantly respond and provide impulses to the rest of the oeuvre. Although these creations often seem to foreshadow the more formidable oil paintings, they are unique works that should not be mistaken for studies. This is already the case in her early works and continues through Lassnig's entire practice.

Drawing and painting in watercolour are a continuum in Lassnig's career–acts that happen continuously, from initial explorations through to final pictorial manifestations. Painting on canvas requires an expenditure, a measure of preparation, a special space, and a studio. Paper is more flexible: it can be taken on holiday or even be used in the sickbed. In this way, pencils, chalk, and watercolours are the artist's constant companions that allow her to directly grapple with the physical presence of the body and what she termed 'body awareness', exemplified in the early work Tachistisches Selbstportrait (Tachist Self-Portrait) (1959–1961), as well as later drawings that depict the presence of the artist in a more abstract and associative way, such as Rückenfigur (Back Figure) (ca. 1980–1995) and Der Rücken (The Back) (1987).

Works from the different periods demonstrate how Lassnig's preoccupation with these media was essential to the artist, and signified continuity. This is also epitomised in a unique work that takes a special position in this exhibition. Around 1961 the artist was asked by her friend and mentor, the architect Ernst Hildebrand, to submit a design for a mural in an architecture competition. Although the project unfortunately never came to fruition, the study for it, an oversized gouache, entitled Entwurf zu einem Wandfries(s), 1 x 30m, in der Chirurgie, Landeskrankenhaus in Klagenfurt (Design for a wall frieze, 1 x 30m, at the Surgical Ward State Hospital in Klagenfurt), shows Lassnig's virtuosity in confronting the architectonic without losing the subtlety and sensibility of the spontaneous medium. In this sense, we also experience the artist here as a master who understands how to formulate on a grand scale, even when working in ostensibly small formats and delicate creations.

Sign up to be among the first to know when new exhibitions by Maria Lassnig or at Hauser & Wirth open.