Bill Scott's paintings are radiant, with a quality of surface achieved through the thinnest applications of paint and the use of various techniques honed over decades. This radiance has remained a constant as his work continues to evolve and is visible in both his paintings and works on paper. Scott creates contrast between opacity and transparency, where blocks of color are overlapped with linear forms. In certain areas, paint is scraped away or thin layers are applied over patterned surfaces, creating compositional variance akin to collage. This quality is felt at full force in Scott's prints, with shallow surfaces that visually read as separate components layered upon one another. Scott spends a great deal of time in a printmaking studio, where through his longstanding and rewarding partnership with master printer Cindi Royce Ettinger, makes color etchings based on elements of his large scale oil paintings.

An expert colorist, Scott draws from nature and his own imagination, making paintings that complicate firm boundaries between the abstract and the representational. Although his canvases overflow with lush renderings of all flora and fauna, he has little interest in copying directly from nature. Instead, each painting is an offering of a perfect window view, an idealised garden, or a feeling evoked by the final days of a season. He is a painter of sensations and feeling rather than one of tangible realities, and his paintings are associative, where their titles hint at, without fleshing out, points of inspiration. Art historian Jason Rosenfeld has described Scott's paintings as possessing a "peopled feeling," (1) suggesting that there is a sincere, underlying humanism imbedded in Scott's abstractions.

Scott's most recent paintings show a new mark of release, a distinct shift in the career of an artist who has most often been associated with the Philadelphia colorist tradition. While color remains at the heart of Scott's art making, his newest paintings announce a return to a darker ground. So while many of the new paintings contain his signature layering of blocks of color, they furthermore assert his work as soulful in its complexity and complicated in its otherwise uplifting tones. Scott began his career studying at the Pennsylvania Academy of the Fine Arts from 1974 to 1979 but considers longer periods of working informally with painters Jane Piper and Joan Mitchell as the pivotal influences of his own painting.

Scott has exhibited widely over the past three decades at museums that include Swarthmore College, Hollins University, the State Museum of Pennsylvania, the National Academy Museum, and the University of Delaware. Major public collections with Scott's work include Cleveland Museum of Art, Delaware Art Museum, the Philadelphia Museum of Art, the Munson-Williams-Proctor Institute Museum of Art, and Woodmere Art Museum. His work has been reviewed in Art in America, ARTnews, The New York Times, and the Philadelphia Inquirer. In 2006, he was awarded a Distinguished Alumni award from the Pennsylvania Academy. 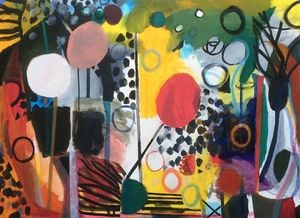 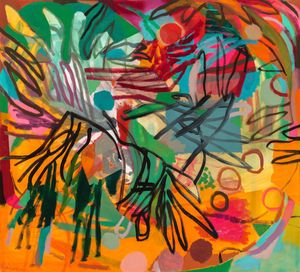 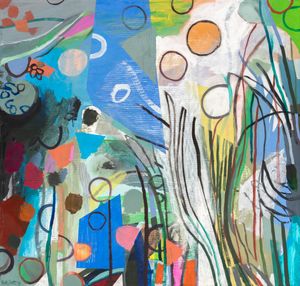 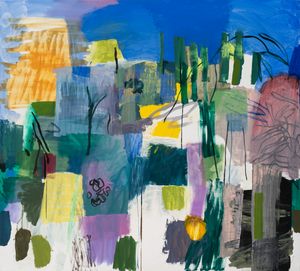