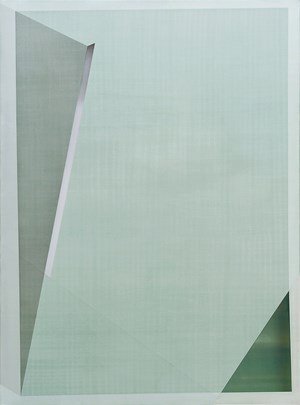 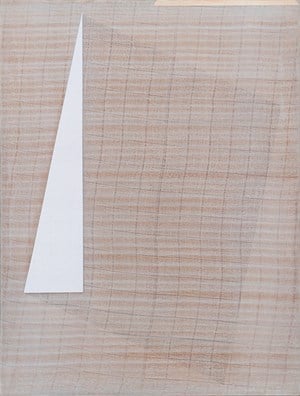 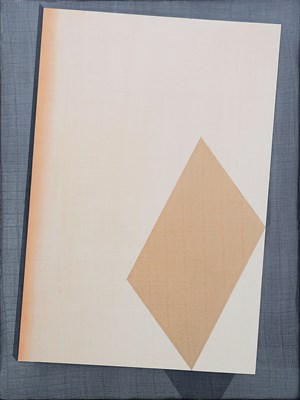 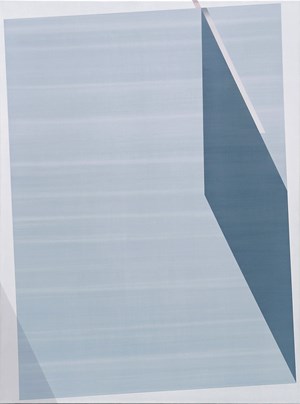 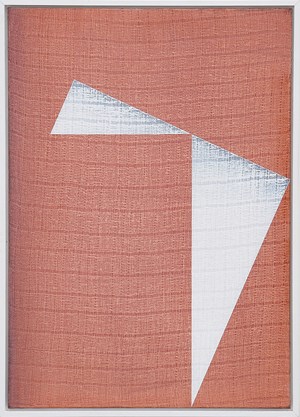 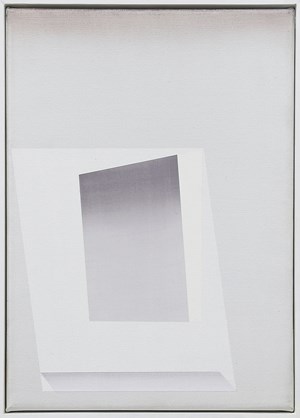 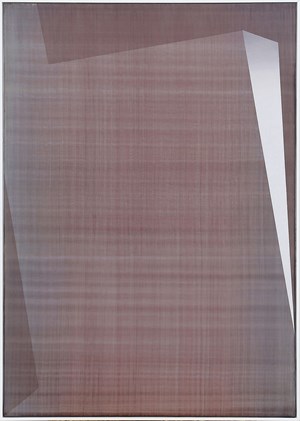 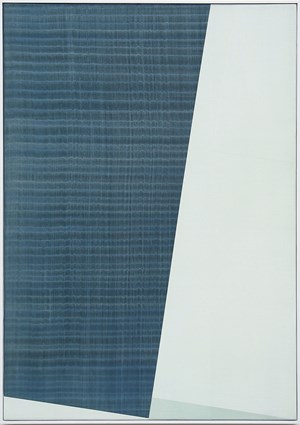 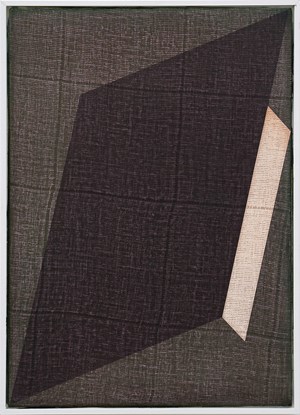 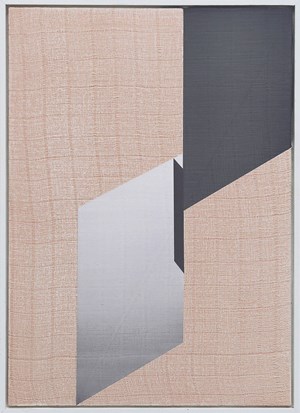 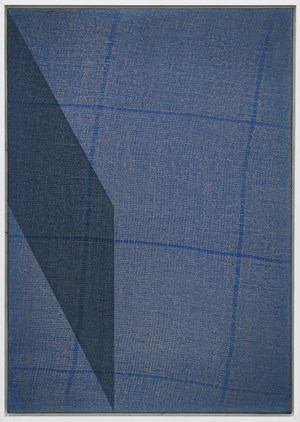 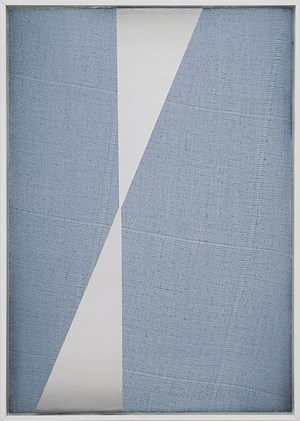 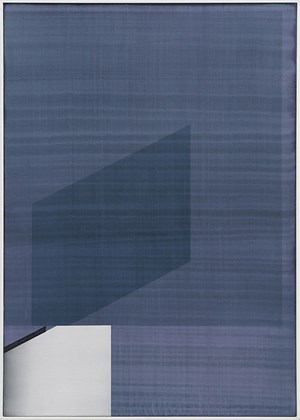 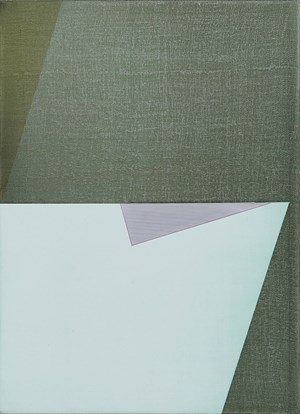 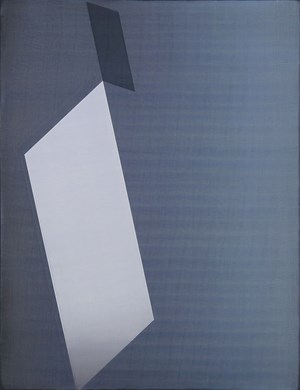 Kristy GormanShadowing I, 2019Ink on muslin on board
40 x 30 cm
Sold Jonathan Smart Gallery
View More Works By This Artist

Kristy Gorman is scrupulously careful in what she does. Mix the courage to work at a scale rarely achieved before with her typically disciplined exercise of figure and ground, and in The Ground Aslant, Gorman really does break new ground.

Fine muslin is one of the new elements in this painterly equation. It is sometimes de-threaded (to open up a grid) before being stretched and glued onto wood or canvas support. Visually, this is the effect referred to by the exhibition title. Paintings like Dark Diamond I and II, Siding and Doubling all boast grounds enlivened by a gently warped and variously open or porous grid. Grounds are aslant, and deliciously so.

Significantly, in the bigger title works and in Prop and Edging also, the painted ground almost vibrates—a quality achieved by halting or pausing the passage of pigment as it is pulled down the canvas. This is new ground too.

The front gallery is hung lean and beautifully poised. We have come to expect such subtle rhythms of placement of every Gorman installation. What is less expected however, is the busy panorama of drawing and painting presented in the back gallery. Spaces between and within, combine with forms bled and variously defined in ink on paper and canvas. Gorman conjures a range of different spaces that truly bristle with possibilities.

Victoria Wynne-Jones wrote in early 2017, of some paperwork exhibited by Kristy Gorman at Parlour Projects in Hastings. I think that wonderfully, it still very much applies. And with many thanks to Victoria, here it is:

a field as the white of the paper. then, preparation

a surface made wet with water.

a series of inks, each in various stages of dilution.

an approach is made.

keeping to a certain rhythm - back and forth.

interventions upon a surface.

bleed. seeping and soaking. next, evaporation - the time it takes to dry.

the trace of each move builds up and coheres into forms, shapes.

extreme gradients that are impressively even.

each unit, its own materiality.

filling space but also holding back, declining to.

spatial arrangements, with balance and imbalance,

weight, the surrender to or defiance of various physical forces.

a join, a subtle seam, almost imperceptible. a place where one field meets another.

the tension between control and release. instability as inevitable.

not a plan to be executed but something more unpredictable, a wresting of forms.

painting as elusive, perhaps even unattainable.

Sign up to be among the first to know when new exhibitions by Kristy Gorman or at Jonathan Smart Gallery open.