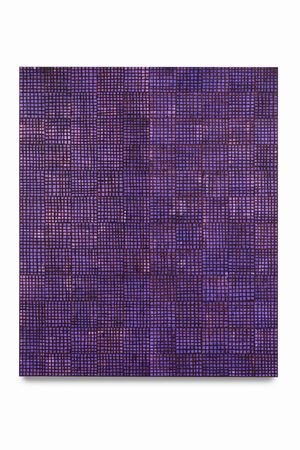 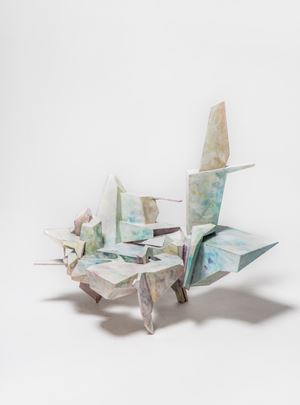 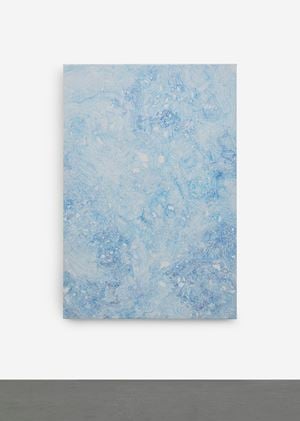 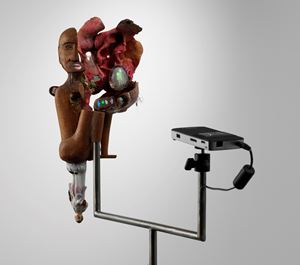 Lehmann Maupin Seoul is pleased to present Inside Out: The Body Politic, an exhibition featuring sculpture, work on paper, and painting by Lee Bul, Tony Oursler, Mandy El-Sayegh, and McArthur Binion. In light of the current global uprisings against systems of oppression, this exhibition examines the ways each artist has dealt with an expansive notion of the political in relation to globalization, technology, and personal identity. While Lee Bul creates sculptures and installations that investigate the societal desire for utopian idealism and its inevitable failure, Oursler examines the role that technology plays in controlling and understanding humanity and human psychology. El-Sayegh makes drawings and paintings using an intensive exploratory and observational process—which she likens to the mechanics of contemporary social and political events that unfold in unanticipated and often chaotic ways—while Binion creates abstract paintings of laboriously hand-drawn grids of oil stick and ink over images containing details of his identity and personal history as an African American man.

Lee Bul and El-Sayegh both engage with external political issues, such as the broader construction of social and political systems, or particular events such as Brexit. Lee Bul’s sculptures explore universal themes including the utopian desire to achieve perfection through technological advances and the dystopian suspicions and failures that are often the result. Exploring structural systems—from the individual body to larger architectural frameworks that encompass cities and utopian societies—Lee Bul visualises our preoccupations with the human form and our desire to transcend the flesh in pursuit of immortality through the use of technological advances. In Untitled Sculpture W1 and False Azure in the Windowpane, the artist presents two architectural sculptures that appear structurally unsound. Each, containing anthropomorphic qualities, hovers between stability and instability, as though in the process of transformation or completion.

El-Sayegh’s work similarly investigates the formation and break-down of systems of order, be they bodily, linguistic, or political. She is particularly interested in the ways significant, yet unpremeditated phenomena emerge through various smaller, micro-interactions or repetitions. Exploring divergent types of processes (of science and of self) she believes that through careful observation, one can better understand the social and political drivers that shape our world. Windows 4 (to leave) is part of a series of intricate drawings executed on large-scale canvases. For El-Sayegh, the swirling herringbone patterning acts metaphorically as the 'connective tissue,' its blue color suggesting the waterways that once served as the primary connectors between cities and countries. The work’s title, Windows 4 (to leave), refers both to the status of Britain in the European Union and to the more ubiquitous idea of leaving a partner.

Oursler and Binion conversely consider politics in terms of the individual body, examining our personal relationships to the systems and structures we inhabit. A pioneering figure in new media since the 1970s, Oursler has developed diverse methods of incorporating video into his practice, moving beyond the confines of the two-dimensional screen to three-dimensional environments that combine sculpture and multiple projections. At the center of Oursler’s practice is a preoccupation with technology and its lasting effect on humanity. In each sculpture, he creates dissonance between moving image, object, and sound that make viewers acutely aware of their physical surroundings, often eliciting discomfort. In Reductio ad Absurdum, the artist combines miniature projections and embedded videos of faces and figures onto a sculptural object composed of fragments of a wooden African sculpture, from which emerges a broken baby doll head, a small wooden carving of an animal, wooden floral arrangement, and abstract ceramic elements that hold each component together. At its base is an inverted ceramic figurine, and the entire sculpture sits on top of a metal stand that also holds a tiny projector. In this single gesture, Oursler invites us to reconsider representation and the role that art history plays in structures of oppression and constructions of identity.

Where Oursler uses technology to investigate these issues, Binion has maintained a commitment to the analog, focusing on the personal to explore larger issues surrounding the history and politics of race and identity. Binion combines collage, drawing, and painting to create autobiographical abstractions of painted minimalist patterns over an 'under surface' of personal documents and photographs. From photocopies of his birth certificate and pages from his address book to pictures from his childhood and found photographs of lynchings, the poignant and charged images that constitute the tiled base of his work are concealed and abstracted by grids of oil stick and washes of ink. Binion’s gridded compositions impose rational order to the layers of personal history, allowing only fragments of information from his birth certificate to be read, or details of his mother’s face to be identified—but never enough to be immediately legible. In dna:study and white:work, the primary layers are photocopies of the artist’s address book from the 1970s–1990s. This subtle nod to both his personal and professional history incorporates a layer of identity politics and the artist’s own body into the seemingly systematic layer of the grid.

Inside Out: The Body Politic

Sign up to be notified when new artworks and exhibitions at Lehmann Maupin are added to Ocula.