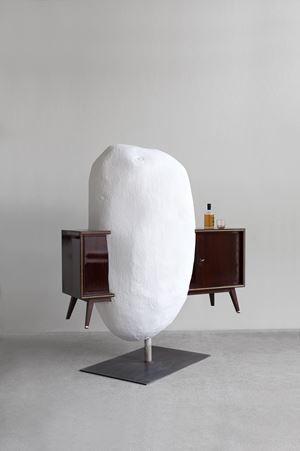 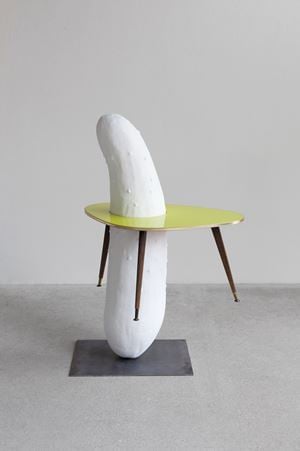 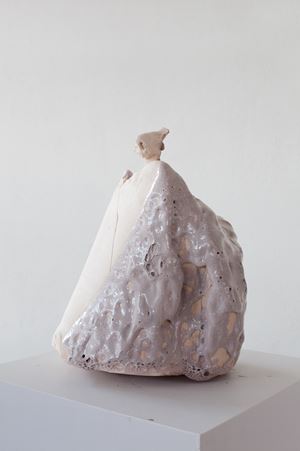 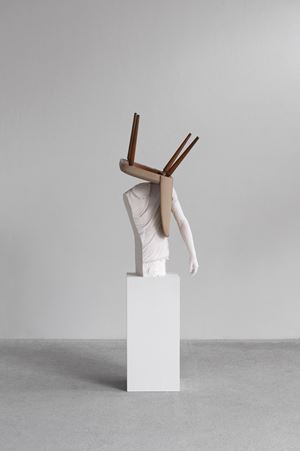 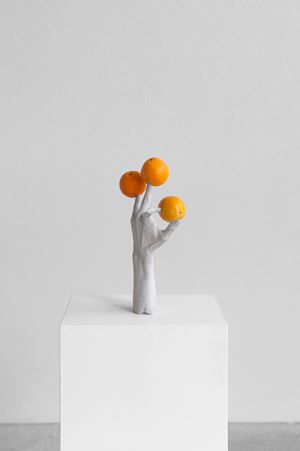 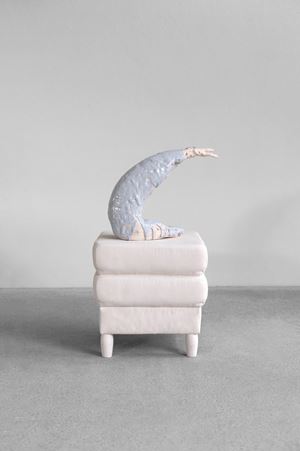 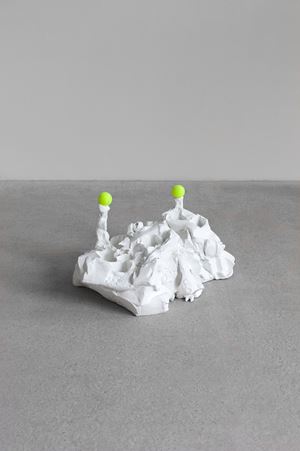 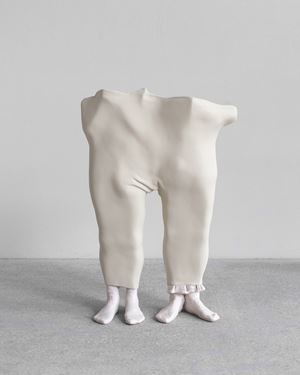 Lehmann Maupin is pleased to announce Yes Biological, an exhibition of new sculptures by Erwin Wurm. For the last two decades, the Austrian artist has redefined the ways we understand and look at absurdity in his sculptural, performative, and engaging works. For this exhibition, Wurm will combine biological effects to create a new series that pushes the boundaries of sculpture even further. There will be an opening reception for the artist on Thursday, January 16 from 6 to 8 pm.

Featured in the exhibition is a work from Wurm's now-iconic 'One Minute Sculpture' series, which highlights the artist's interest in the absurdity that can be found in mundane scenarios of daily life―a theme that was the focus of Wurm's presentation for the Austrian Pavilion at the 57th Venice Biennale. For a full minute, audience members actively become a part of the work, as choreographed by the artist. Underlying this physical engagement is a commentary on gallery-goers' attention span as well as the importance of a viewer's engagement with works of art as a necessary agent for their completion.

Building on this body of work, Wurm has produced a series of 'One Minute Forever' sculptures, where he has substituted the active human body with acrylic versions. Here he incorporates fruits or books held 'forever' by disembodied legs and hands, and in one work a torso resembling a Greek sculpture with a chair precariously resting on its shoulder. All of these white-painted sculptures belie a ritualised process that is characteristic of Wurm's practice where form is abstracted and becomes absurd, thus creating a new sense of realism.

Also on view in this exhibition, Wurm's 'Bar' series deploys found furniture such as a sidebar, a table, or a commode, bisected by a larger-than-life size pickle or potato-shaped white sculpture. The entire work is then used as a bar. Wurm's disruption of both the original function and organic form of the mid-century modern furniture he employs is an engaging visual social commentary on the preciousness of art objects, antique furniture, and the ways in which we interact with our surroundings. The sculptures become emblematic of a wider history and social class―more specifically that of his native Austria's 700-year-long monarchy―through the lens of design, manipulated and shaped by the artist.

Distortion of forms is further explored in Wurm's 'Dissolution' series, where body parts such as a belly button appear embedded in a sculpture abstracted to the point that new organic forms emerge, seeming both familiar and alien to the viewer. The 'Self-Portrait' sculptures are works that the artist shaped using the imprint of his knee onto clay and combined with everyday objects such as a broom, a plunger, or tennis balls. As the title of this body of work indicates, here the artist is reflecting himself in different everyday, mundane roles. These sculptures, as well as Wurm's practice more broadly, are portraits of society that offer an implicit social critique of contemporary culture, emphasising the banality of the everyday and challenging and extending the possibilities of sculpture.

In 2011, Wurm's Narrow House was installed at the Palazzo Cavalli Franchetti as part of Glasstress 2011, a collateral event of the 54th Venice Biennale. In 2017, Wurm returned to Venice for the 57th Biennale, where he represented Austria.

Sign up to be among the first to know when new exhibitions by Erwin Wurm or at Lehmann Maupin open.