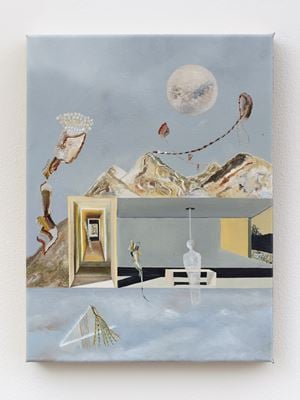 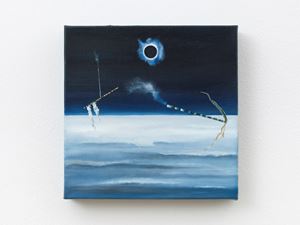 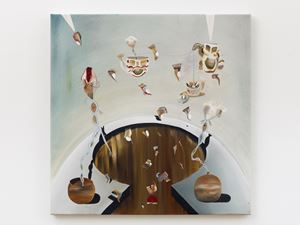 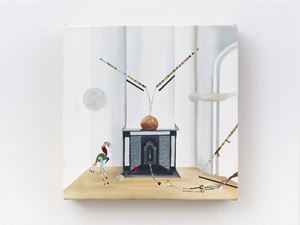 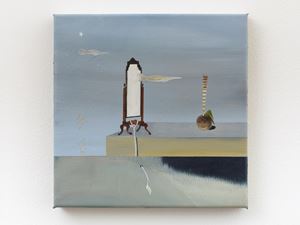 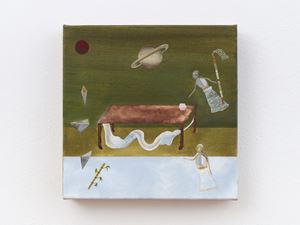 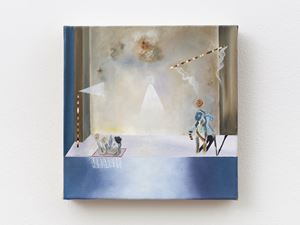 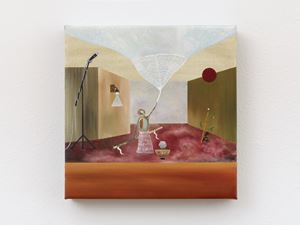 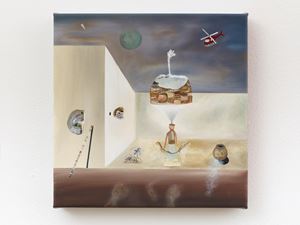 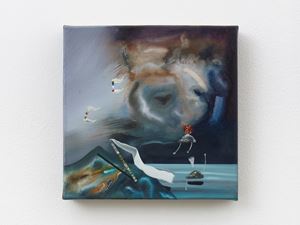 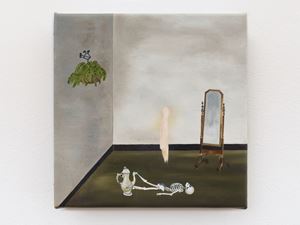 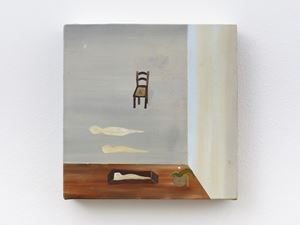 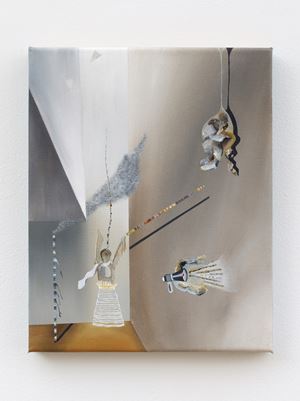 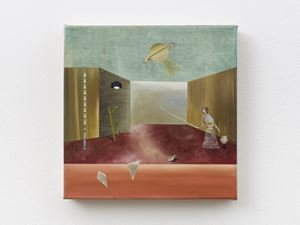 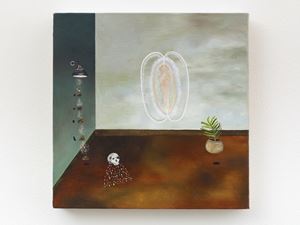 Mendes Wood DM is proud to show its first presentation of work by Rebecca Sharp titled Tools for the Wonder Land, in collaboration with Sé Galeria, São Paulo.

This group of paintings is part of a new artistic direction that Sharp has been following. Formerly used to expressive and energetic, large-scale oil paintings, Sharp discovered a new visual language when making the dramatic switch to small-scale canvases two years ago. The resulting series of works consists of delicately realised, surreal compositions that she paints almost instinctively once she settles on a starting idea. 'First comes the architecture, then I look and look again until I see the painting. The eyes are not just a tool to see colour,' Sharp says.

The surreal subject matter is inspired by her internal voyages, the result of decades of meditation practice. Her compositions present an otherworldly, spiritual vision of the world we live, and are bold but delicate visualisations of multiple planes of existence, replete with symbolist imagery and cosmic connotations. Unfolding within fantastic landscapes that could be mindscapes, Sharp's compositions seem to exist outside normal time and space.

Perhaps the most important reoccurring symbol in these paintings is a multicoloured pole, which the artist incorporates in several compositions, sometimes balanced against a wall, sometimes floating in space. For the artist, the pole represents an antenna that connects Earth to the cosmos. It represents power, and a pathway to something beyond what we imagine. It also acts as a vehicle to the transmission of cosmic energy, and is inspired by the practices and traditions of the Afro-Brazilian religions that Sharp grew up surrounded with.

'If we see something that appears to be miraculous or otherworldly (though, by definition, it exists in our world), what state of mind would we be in when we see it? How would we feel?', the artist asks. 'We'd be stunned, we'd be unable to act and unable to react to what we're seeing. I want to paint the moment in which we, as humans, see something that doesn't exist yet.'

While Sharp's work and visual language converges, at times, with the work of Surrealist artists such as Yves Tanguy and Gertrude Abercrombie, she draws most of her inspiration from her meditation practice to source motifs and imagery for her compositions.

Rebecca Sharp (São Paulo, 1976) lives and works between Brazil and the USA. Sharp graduated in Drama and Theatre Arts from Goldsmiths, University of London. Her work was included in the 33rd Biennial of São Paulo, Afinidades Afetivas (Affective Affinities) (2018), curated by artist Sofia Borges. In 2019, Sharp was in residence at the California Institute of the Arts. Her most recent solo exhibition Trago a mensagem do destino took place at Sé Galeria, in São Paulo, in 2020.

Tools for the Wonderland

Sign up to be among the first to know when new exhibitions by Rebecca Sharp or at Mendes Wood DM open.
Sign UpLogin