David LaChapelle is known internationally for his exceptional talent in combining a unique hyper-realistic aesthetic with profound social messages. LaChapelle's photography career began in the 1980's when he began showing his artwork in New York City galleries. His work caught the eye of Andy Warhol, who offered him his first job as a photographer at Interview Magazine. His photographs of celebrities in Interview garnered positive attention, and before long he was shooting for a variety of top editorial publications and creating some of the most memorable advertising campaigns of his generation.

After establishing himself as a fixture in contemporary photography, LaChapelle decided to branch out and direct music videos, live theatrical events, and documentary films. His directing credits include music videos for artists such as Christina Aguilera, Moby, Jennifer Lopez, Britney Spears, The Vines and No Doubt. His stage work includes Elton John's The Red Piano and the Caesar's Palace spectacular he designed and directed in 2004. His burgeoning interest in film led him to make the short documentary Krumped, an award-winner at Sundance from which he developed RIZE, the feature film acquired for worldwide distribution by Lion's Gate Films. The film was released in the US and internationally in the Summer of 2005 to huge critical acclaim, and was chosen to open the 2005 Tribeca Film Festival in New York City.

In 2006, LaChapelle decided to minimise his participation in commercial photography, and return to his roots by focusing on fine art photography. Since then, he has been the subject of exhibitions in both commercial galleries and leading public institutions around the world. He has had record breaking solo museum exhibitions at the Barbican Museum, London (2002), Palazzo Reale, Milan (2007), Museo del Antiguo Colegio de San Ildefonso, Mexico City (2009), the Musee de La Monnaie, Paris (2009), the Museum of Contemporary Art in Taipei, Taiwan and the Tel Aviv Museum of Art, Israel. In 2011, he had a major exhibition of new work at The Lever House, New York and retrospectives at the Museo Arte Contemporáneo de Puerto Rico, the Hangaram Design Museum in Seoul and Galerie Rudolfinum, Prague.

David LaChapelle continues to be inspired by everything from art history and street culture, to the Hawaiian jungle in which he lives, projecting an image of twenty-first century pop culture through his work that is both loving and critical. He is quite simply the only photographic artist working today who has transitioned flawlessly from the world of fashion and celebrity photography to be enshrined by the notoriously discerning contemporary art intelligentsia.

In Conversation with... David LaChapelle is the fourth installment of our ongoing series of artist interviews. In this episode, LaChapelle tells us about his new exhibition Act of Nature and his t

This video takes a closer look at the different facets of David LaChapelle's most intricate photographs, Seismic Shift. Both the social critique and art historical references inherent in the work ar 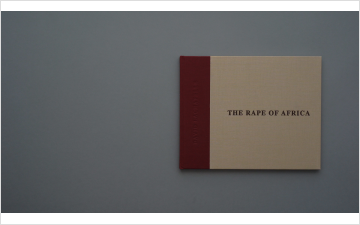 David LaChapelle: The Rape of Africa