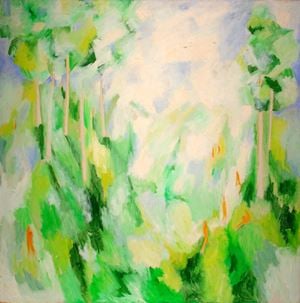 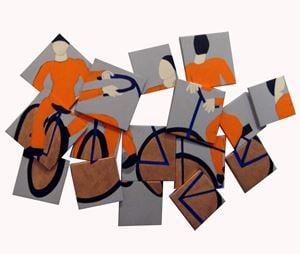 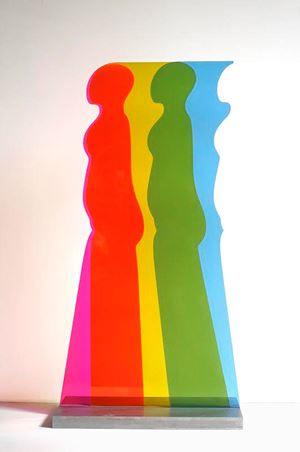 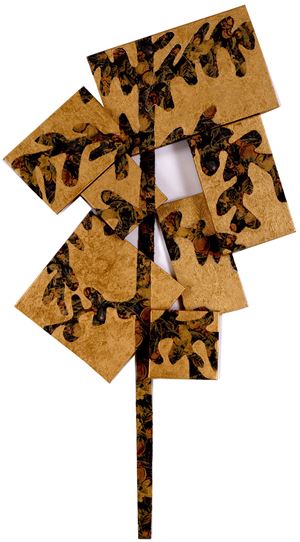 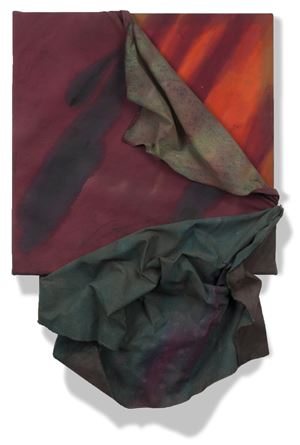 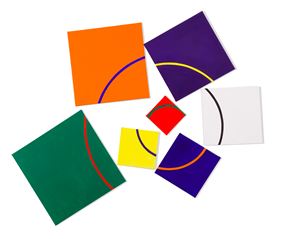 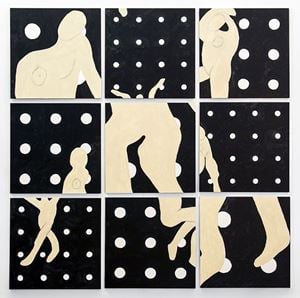 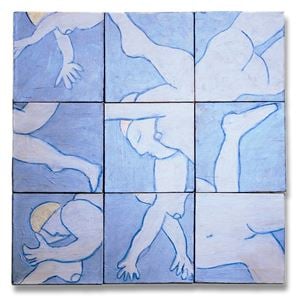 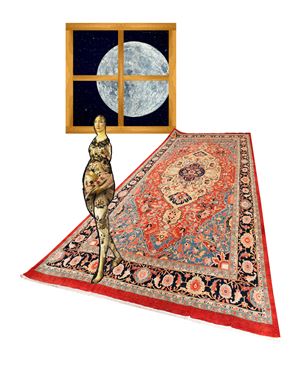 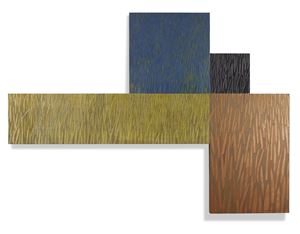 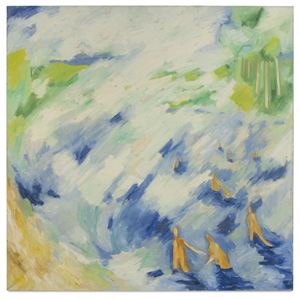 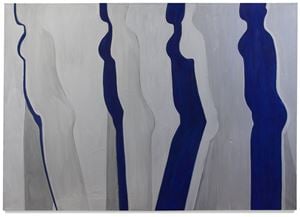 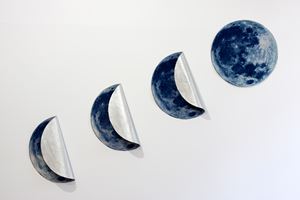 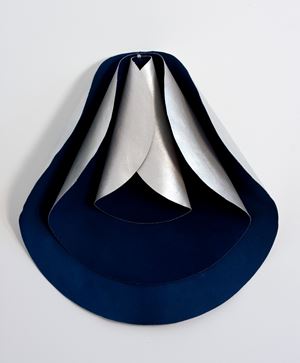 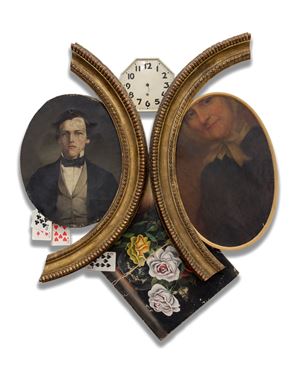 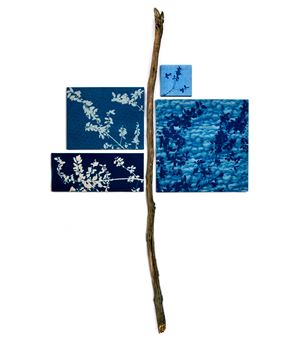 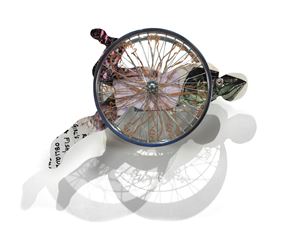 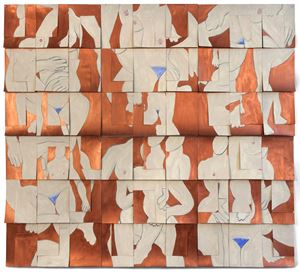 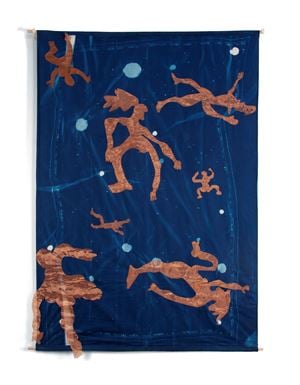 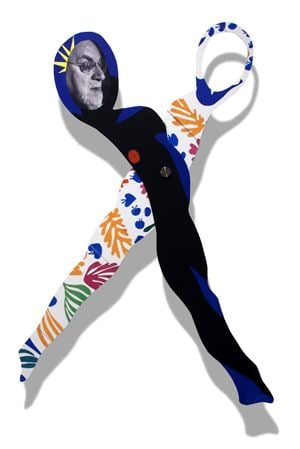 Sundaram Tagore Chelsea is pleased to present a retrospective of work by ground-breaking artist Susan Weil coinciding with her 90th birthday. We have moved the exhibition, which pays tribute to one of the boldest and most inventive artists of the 20th century, online until we can safely welcome our clients and supporters into our Chelsea gallery.

Weil, whose work is hanging in the newly renovated Museum of Modern Art, is among the key female figures who pushed the boundaries of Abstract Expressionism, a movement largely defined by male painters including her ex-husband Robert Rauschenberg. As the narrative of modern art is rewritten and the achievements of women artists are finally being given the acclaim they deserve, the importance of Weil's contributions have been thrown into ever-sharper relief.

Curator Sundaram Tagore says, 'Susan Weil is one of the most intrepid artists working today. I've had the immense honour of showing her work for 20 years and her expressive power continues to inspire and beguile me.'

Tracing the arc of her career which spans more than 70 years, the show features Weil's early landscapes from the 1950s, iconic blueprints (1949–2020), seminal figurative paintings and various series inspired by the natural world. A selection of rare archival images will also be on view, offering a window into her process and the formative years of the New York School during the 1940s and '50s.

Although Weil was a key figure in the Abstract Expressionist movement, she has never been afraid to pursue figuration and reference reality, drawing inspiration from nature, literature, photographs and her personal history. Throughout her career she has brought to life intangible qualities of time and movement, creating multi-dimensional works in which she fractures the picture plane, deconstructing and reconstructing images. She is constantly experimenting with different materials from everyday life including found objects, metal, paper, plexiglass, recycled canvas and wood. What results are crumpled, cut, and refigured compositions which are dynamic and playful, and invite viewers to contemplate multiple perspectives at once.

Weil studied under Josef Albers at Black Mountain College, a rural mecca for young artists, composers, and choreographers. She often scoured the campus rubbish dumps with Rauschenberg to find new materials to incorporate in their experimental works. 'It was very revolutionary. Black Mountain put together creative people from all the fields,' recalls Weil who studied painting but also explored dance and poetry. 'We'd sit around in the big dining hall and talk about different things we were working on. It was great sharing. We participated in all different mediums.' This spirit of innovation continued to shape Weil's art throughout her career. She moved to New York in 1949 with Rauschenberg when the art scene was erupting. She came of age at the center of the New York School with its eclectic cultural influences and interdisciplinary collaboration. Her peers included artists Cy Twombly, Elaine and Willem de Kooning and Jasper Johns as well as dancers Merce Cunningham and John Cage.

Highlights of the exhibition include not only her little-seen early painterly landscapes and striking figurative works from the '60s but also pieces she produced at the age of 89. Five Generations, 2019, for instance, is a collaborative work which began in 1930 when Weil's mother embroidered stars in an accurate constellation onto a sheer table cloth encircled by a poem she wrote. Almost 90 years later, Weil's daughter created a cyanotype of this embroidery evoking the night sky. She then commemorated the intergenerational nature of this familial artwork with written text hung alongside the piece. Then Weil added a series of energetic figures which she drew with her eyes closed and cut out of copper mesh. Her granddaughter completed the piece by attaching the figures which appear to leap from the rich blue fabric.

Another recent work, Time's Pace Time Space, 2019, conveys a similar sense of energy and motion. A bicycle wheel sits atop of a running figure made of PVC printed with a fish head based on a childhood image of Weil. Adding to the sense of movement are multiple outstretched arms like clock hands painted between the spokes of the wheel. In many senses the work captures the artist's relentless creativity and drive. 'I've spent a lifetime working. It's been both a serious and a joyful journey and I have no intention of slowing down,' says Weil.

Susan Weil was born in New York in 1930 and lives and works in New York.

Notable exhibitions of Weil's work include Frontiers Reimagined, a collateral event of the 56th Venice Biennale; Bauhaus and America: Experiments in Light and Movement at the LWL-Museum für Kunst und Kultur, Germany; and Leap Before You Look: Black Mountain College 1933-1957, which premiered in 2015 at the Institute of Contemporary Art, Boston, and then traveled to the Hammer Museum, Los Angeles and the Wexner Center for the Arts at Ohio State University, Columbus. Her work was also shown in James Joyce: Shut Your Eyes and See at the Poetry Collection, University of Buffalo, New York; and in Our Own Work, Our Own Way, at The Johnson Collection, Spartanburg, South Carolina, on view through April 17, 2020.

ART HYSTERI OF SUSAN WEIL: 70 YEARS OF INNOVATION AND WIT

Sign up to be among the first to know when new exhibitions by Susan Weil or at Sundaram Tagore Gallery open.