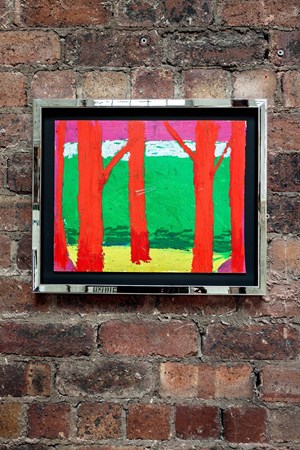 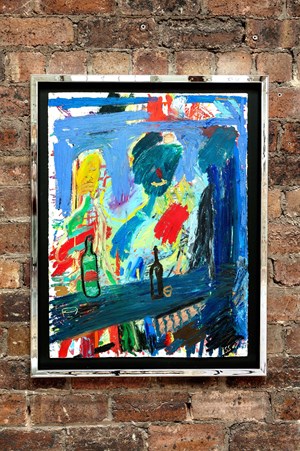 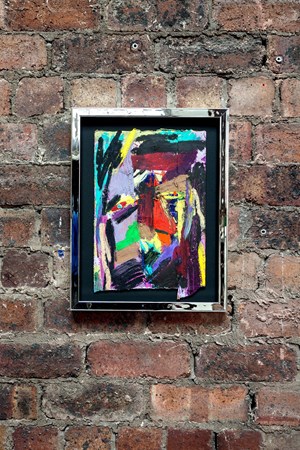 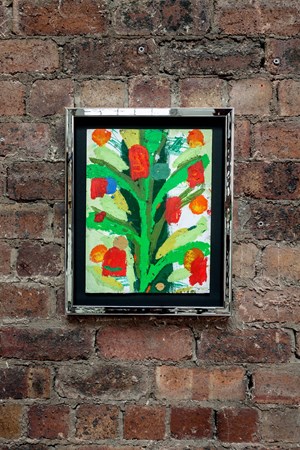 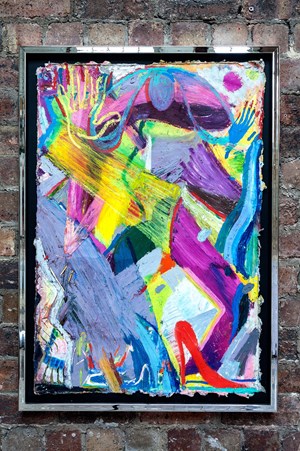 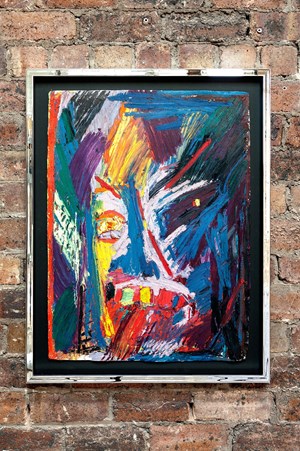 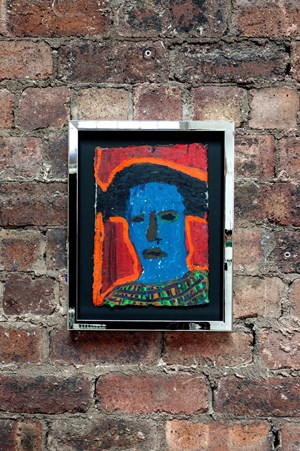 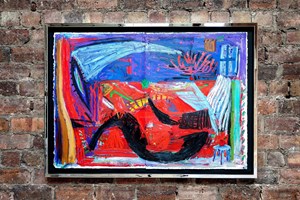 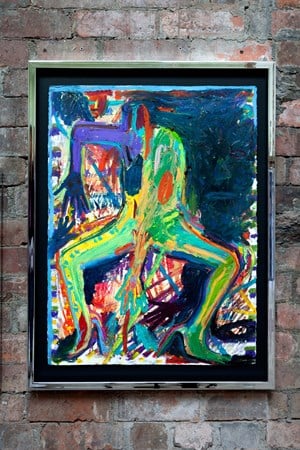 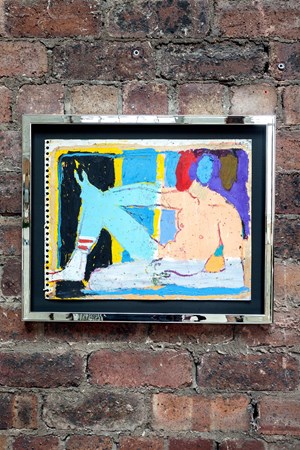 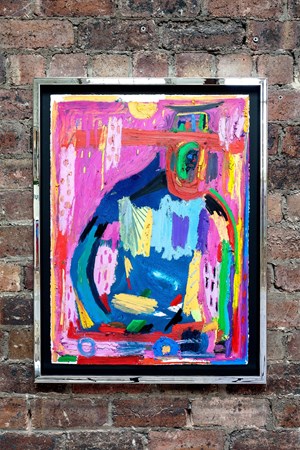 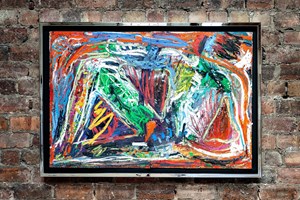 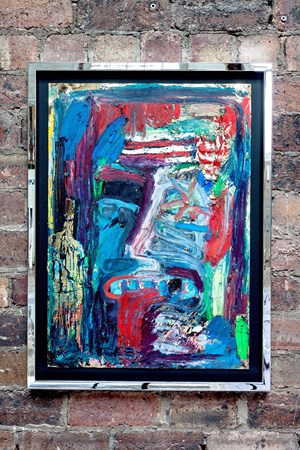 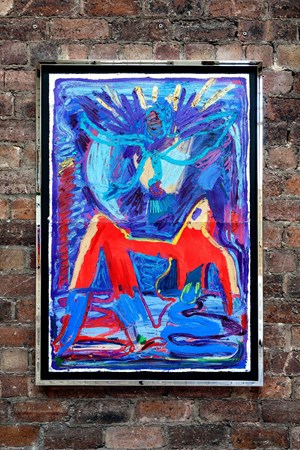 For his fourth exhibition with The Modern Institute, Spencer Sweeney punctuates the distinctive architecture of the Aird’s Lane Brick’s Space with a body of new drawings. Articulated through viscid surfaces of oil pastel, Sweeney offers tactile indications of figurative form–an array of colour, gesture and style–coalescing into moments of energised abstraction.

Ever resistant to categorisation, Sweeney draws inspiration from his lived experience and persona as a vital presence in the New York cultural scene. Sweeney’s idiosyncratic talent enables him to traverse the multiplicity of styles and modes working within visual art, music and performance. Indeed, in Sweeney’s practice we witness a desire to celebrate art’s function in life and the world’s potential as a receptive, unrestrictive creative space.

Sign up to be among the first to know when new exhibitions by Spencer Sweeney or at The Modern Institute open.