"My personality can be described as: 50% deep-sea fish, 20% gold fish, and 30% tropical fish," Yang Mao-Lin once said of himself. A statement that casually echoes his artistic practice.

Wanderers of the Abyssal Darkness II: Somber Seas is a continuation of Yang's 2015 exhibition The Quest for Mandala Episode I: Wanderers of the Abyssal Darkness. Leaving out "mandala" while turning it into a sub-topic in his artistic pursuit, Yang considers "somber seas" as a gradual state of composure in this series. After more than a decade dedicated to sculpture, his reflection on painting reignites his passion for the art form, a newfound connection rooted in his capricious personality. Returning to painting does not mean it's a return to the artist's past practice. In the Wanderers of the Abyssal Darkness series, Yang forgoes the hardcore, vigorous style that originated from Italy's Transavanguardia movement, shifting toward a nuanced and elaborate composition. For Yang, he has now entered a new phase in his painting practice, facing yet another mountain he has to climb on his artistic journey.

The artist once said his practice always revolves around the things that spark his enthusiasm. Titling the exhibition Wanderers of the Abyssal Darkness, Yang conjures the image of the deep-sea fish, much like the way he sees himself — the 50% of him that is lonely and introspective evokes a creature living unnoticeably in the depths of the sea, yet endowed with awing, outlandish characteristics. The deep-sea fish was one of Yang's favourites as a child. He characterises himself in three kinds of fish, and reimagines himself as different kinds of life forms, anime or manga characters. Each phase always comes with a subject that he needs to investigate, as well as a role he needs to play. Just as he embarked on his artistic journey during Taiwan's thundering post-martial law era, he spent three decades tackling nationalism in his practice, together the politics, history, and culture series in his work a means to wrestle with the social system and social norms. However, his 2016 retrospective Made in Taiwan at the Taipei Fine Arts Museum for him symbolises an end to an era. It dawned on him — feeling outdated at midlife — that his critical attitude in his past practice is antiquated, and at this moment what he should scrutinize through his critical lens is none other than himself.

After thirty years of rivaling and confronting, now in his 60s Yang recontemplates the meaning of art after bidding adieu to a grand era, and rekindles a passion well suited for his current state of mind. As Yang deems his social responsibility completed, deeply buried childhood memories now resurface to a hunger and longing unquenched since his youth that propels him to explore the artistic road not taken.

Born in 1953, Yang Mao-Lin now lives and works in Taipei, Taiwan. Emerging from the roaring 1980s in Taiwan, he is one of the established artists on the Taiwanese art scene. He straddles mediums from painting, installation, to sculpture. A sense of humor masquerades his critical social observation, where a crossover of cultures shaped by colonisation morphs into a singular cultural phenomenon. Since his first-ever solo exhibition at the Taipei Fine Arts Museum in 1987, the artist has exhibited extensively, including Hybrid and Metamorphosis: Yang Mao-Lin's Mythology (Changhua County Art Museum, Changhua, Taiwan, 2018); Made in Taiwan: A Retrospective of Yang Mao-Lin (Taipei Fine Arts Museum, Taipei, Taiwan, 2016); Temple of Sublime Beauty — Made in Taiwan (Venice Biennale, Collateral Event, Italy, 2009), as well as numerous group exhibitions in Japan, Korea, Hungary, France, and the U.S. 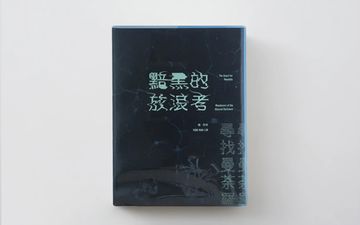 The Quest For Mandala: Wanderers Of The Abyssal Darkness Yang Mao-Lin