Defying definitions of genre to reimagine the nature of what a work of art can be – and of what an art experience can achieve – Doug Aitken leads us into an arena where time, space and memory are bountifully fluid concepts.

His is a unique immersive aesthetic, characterised by a fascination with motion and velocity, that demonstrates the nature and structure of our media-saturated cultural condition. To this end, Aitken edits together frenetic and unique models of contemporary experience to create a new landscape, one in which he hopes we find points of anchor and experience a sense of connection. He employs a number of post studio artistic mediums – photography, sculpture, architecture, sound installation, and multichannel video installation. In each of his artworks, he chooses the medium or combination that amplifies and visually articulates the subject's qualities. The scale of his work can vary from a simple photograph to a complex moving sculpture of infinitely reflective automated mirrors. Quasi-narrative films create intricate mazes of open-ended stories told across reinterpreted physical architecture.

Aitken's Sleepwalkers exhibition at MoMA in 2007 transformed an entire block of Manhattan as he covered the museum's exterior walls with projections. In 2009, his Sonic Pavilion opened to the public in the hills of Brazil at the new cultural foundation INHOTIM. Aitken presented his large-scale film and architecture installation, Frontier, on Rome's Isola Tiberina in 2009 and in Basel in 2010.

Black Mirror - an artwork in multiple forms exploring the story of a nomadic individual, set in a modern wilderness - featured a video installation and a live theatre performance on a uniquely designed barge floating off Athens and Hydra Island, Greece in 2011. Altered Earth, commissioned and produced by the LUMA Foundation in 2012, explored the ever-changing landscape of Arles, France through moving image, sound and architecture. SONG 1 also took place in 2012 and wrapped the Hirshhorn Museum in Washington DC in 360-degree panoramic video projections, transforming the concrete exterior into an audiovisual spectacle. In 2013, Aitken created MIRROR at the Seattle Art Museum, which utilised hundreds of hours of footage changing in real time in response to the life around it, transforming the museum exterior into a living kaleidoscope.

A connecting thread between outwardly diverse works is a sense of the industrial, urban, and environmental entropy that defines twenty-first-century existence. Adopting the abbreviated language of contemporary communication, Aitken's iconic word pieces such as Free, 2016, or the lightbox work ONE, 2011 (based on an image of the 1964 riots in Harlem, instigated after the shooting of 15 year-old James Powell by a NYPD Lieutenant), possess a toughness akin to the commercial landscape of signage. At the same time, these works move beyond language, breaking down into abstraction. The performative aspect of work that demands an affective response from the spectator is key, as is its ambiguous character: in this instance text as object, object as image.

With a profound knowledge and understanding of the history of twentieth-century avant-gardes, experimental music, and cinema, Aitken's art embraces a collaborative spirit across disciplines. Aitken curated Station to Station, which took place over three weeks in September 2013, drawing together an evolving group of artists, musicians and performers. A train, designed as a moving light sculpture, broadcast content to a global audience as it travelled from New York City to San Francisco making nine stops along the way for a series of happenings. A feature film and a book about the project were released in 2015. In summer 2015, Station to Station took over the Barbican Centre in London to create a month-long happening featuring more than 100 artists, musicians, dancers, designers and other creative figures.

Electric Earth, a major survey of Aitken's work conceptualised as an entropic landscape suspended between city, broadcasting machine and labyrinth, opened at The Geffen Contemporary at MOCA, Los Angeles in September 2016. The exhibition, which subsequently toured to The Modern, Fort Worth, marked the launch of one of Aitken's most ambitious projects to date, a series of underwater pavilions tethered to the seabed off the coast of Santa Catalina Island, California. MIRAGE, an ongoing site-specific installation set in the heart of the Californian desert that reimagines the region's characteristic, Frank Lloyd Wright-inspired ranch style houses as a harmonisation of mirrored surfaces, opened in 2017. 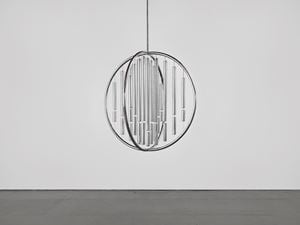 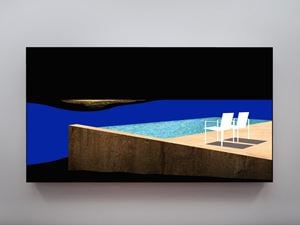 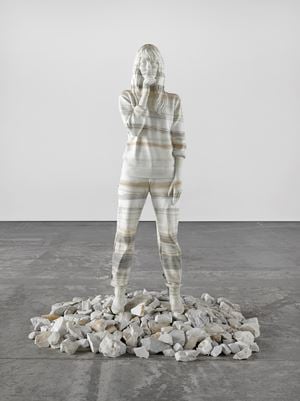 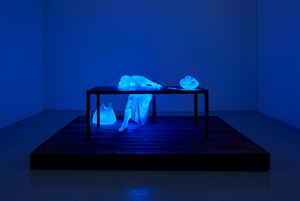 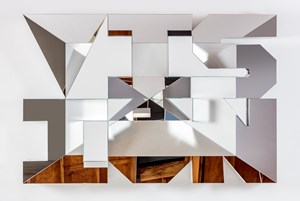 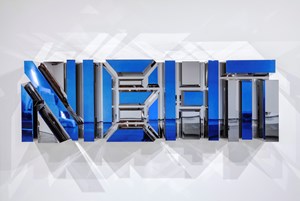 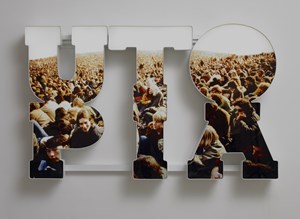 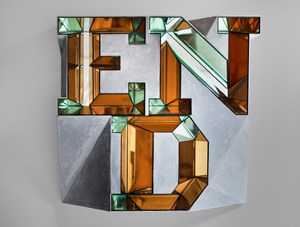 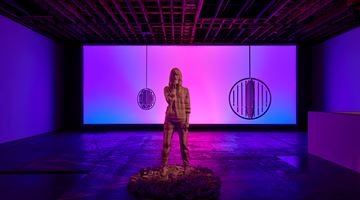 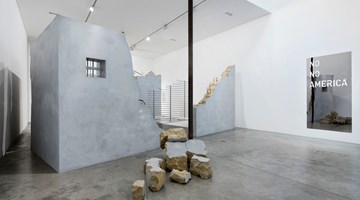 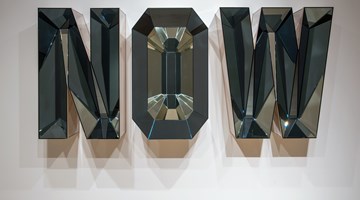 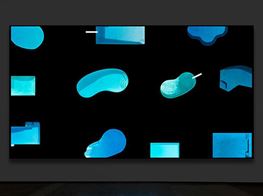 The very American art of Doug Aitken is, most of it anyway, at once transcendent and dangerously of the now. He is in that sense a pop artist proper. He is also able and agile in many medium and an assembler of performances (he has fantastic taste in musical collaborators) and creative happenings. 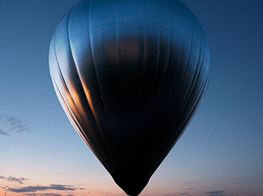 For two weeks in July, a mirrored sphere is taking flight above the eastern US coastline and western Berkshire mountains of Massachusetts. Reflecting back the sun, clouds, and natural surroundings, the nomadic piece of public art is Doug Aitken's response to many of the most beautiful places in Massachusetts protected by The Trustees of... 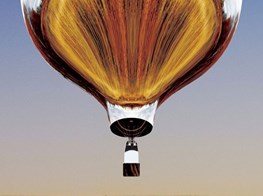 The project, called New Horizon, lifts off on 12 July at Long Point beach on Martha's Vineyard. Over the following 16 days, it will alight at the Farm Institute in Edgartown, the Holmes Reservation in Plymouth, the DeCordova Sculpture Park and Museum in Lincoln, the Castle Hill on the Crane Estate in Ipswich, the Naumkeag in Stockbridge and the... 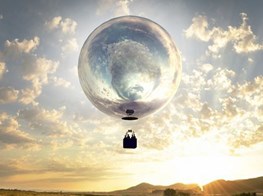 Related Press Artist Doug Aitken takes to the air, in a reflective mood 16 May 2019, Boston Globe

You can think of New Horizon, his mobile project to be presented in July by the Trustees—the recently streamlined moniker of the Trustees of Reservations—as something of a remedy. It’s a mirror-sheen hot-air balloon traveling dozens of miles from one Trustees property to the next across Massachusetts. Wherever it touches down, it becomes the... 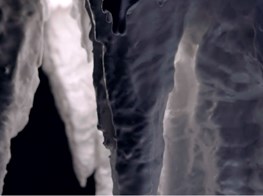 This specific constellation of five key works has been conceived for Victoria Miro Mayfair by Doug Aitken and deals with contemporary ideas of time through the use of sound, touch, light and reflectivity, with each work existing in a zone between abstraction and representation. At the core of the exhibition is Eyes closed, wide...