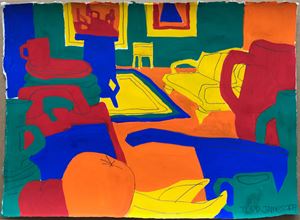 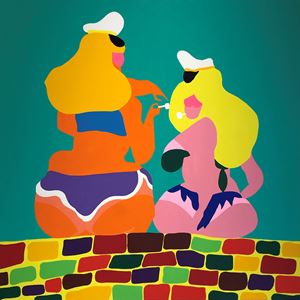 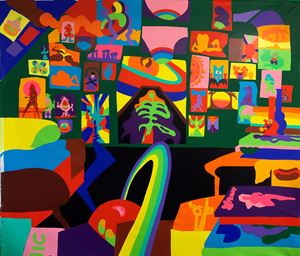 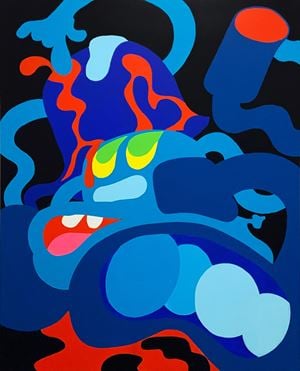 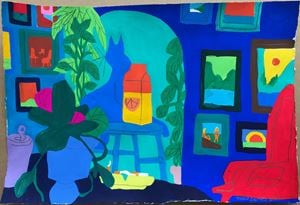 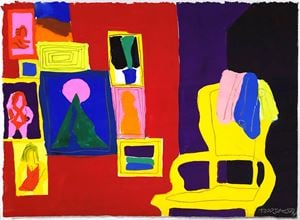 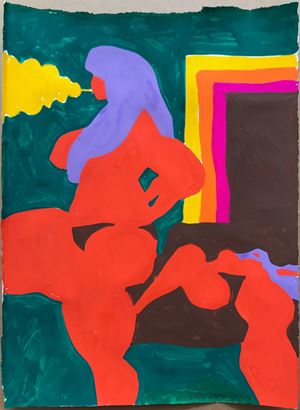 "Todd James is a guy who is always marched to the beat to his own drum. He is just always created this like super interesting paintings and drawings, you know. He brings you into his own world." - Pharrell Williams

Todd James is known as one of the representative artists of the 80s and 90s street art scene in the United States. Having been involved in the New York graffiti scene since his mid-teens under the name REAS, James has had a significant influence on the youths of his generation. He was a symbol of the driving force behind the underground culture of the time, collaborating with Beastie Boys, Iggy Pop, and Eminem. It was in 2000 that his fame had spread to the formal art scene with his exhibition "Street Market". In this show, James joined with Barry McGee and Stephen Powers to recreate a New York alleyway covered in graffiti on a massive scale. The show was later shown at the US Pavilion at the Venice Biennale in 2001 and then travelled as far as the Parco Museum in Tokyo, giving rise to a worldwide sensation. James had continued to receive increasing international acclaim in recent years, participating in exhibitions such as Art in the Street at LA MOCA in 2011, and The Bridges of Graffiti featured at the 56th Venice Biennale in 2015.

James' paintings are widely celebrated by his use of clean lines and forms along with colourfully animated characters. While his works appear to convey a sense of familiarity, they indeed permeate with a spirit of criticism towards the underside of contemporary society. A tank, a naked female figure, anthropomorphic fighter planes, are the motifs that repeatedly appear throughout James' work. Nevertheless, the artist bears no intention for his works to be interpreted as being explicitly political, instead of describing them as an assemblage of images created by adapting the information that streams out of television and newspapers daily.

Many of the new works in this exhibition depict interior spaces; they remind us of the paintings of Henri Matisse or Peter Saul both in terms of the composition and use of colour. From James' paintings of interiors that are characterized by a sharply vivid colour palette, one can observe arrays of cartoon characters and pinups conveyed in illustrative touches, also often featuring female nudes. A fascinating point is: his works have been depicted from the perspective of a bystander. Such style is not calculated and is instead an attitude that James had come to acquire throughout his practice naturally. As a result, it enables us, viewers, as "others" to sympathize with his works.

Sign up to be among the first to know when new exhibitions by Todd James or at Whitestone Gallery open.