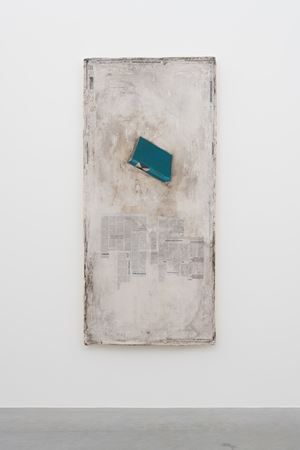 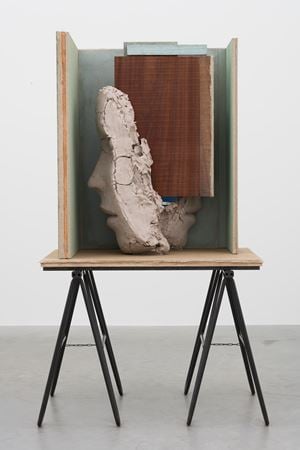 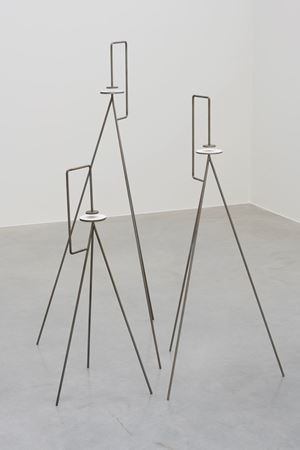 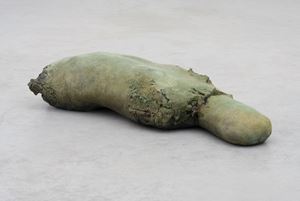 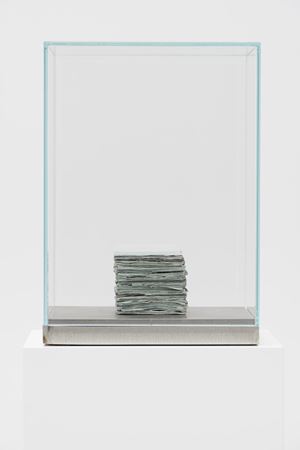 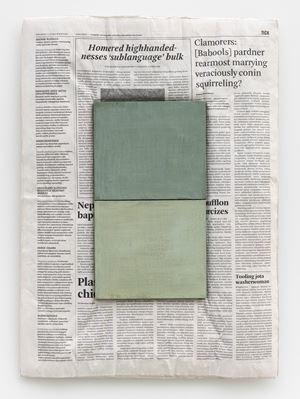 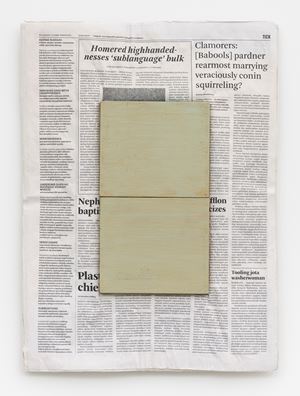 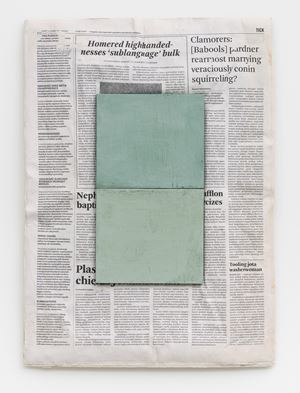 We are delighted to announce that we have been selected for Art Basel OVR:2020, the latest iteration of Art Basel's Online Viewing Rooms. The viewing room presents works by Mark Manders which were conceived in 2020. For the first time, this virtual booth is also presented at the gallery space in the South district of Antwerp.

Mark Manders' body of work centres around the concept of Self-Portrait as a Building. Both a physical and a mental construction, this self-portrait invites the viewer to become part of the artist's highly personal yet universal world. The selected works demonstrate the diversity of his practice as well as testify to his ongoing fascination with the power of images and their ability to conjure up thoughts which cannot be transferred through language alone.

In the work of Mark Manders the human figure appears in different sizes, shapes and constellations; Manders has eliminated every reference to race and gender creating archetypes rather than characters. His figures look both age-old and not yet finished, as if they are frozen in time. His interest in capturing time is apparent in Double Head with Blue Paintings where he combines two perspectives in one sculpture. The wooden slat dividing the heads brings an element of abstraction while also creating a sense of tension in the otherwise peaceful composition. Patinated Torso examines the spatial relationship between the viewer and the figure-like sculpture on the floor. Although the human features are brought back to a minimum, a feeling of familiarity is inevitable. Manders applies strict rules when constructing his self-portrait. One of these rules determines his use of colour. Originally colour was only allowed to appear when inherent to the material, such as wood, clay, bronze and steel. After a while, he tried to find loopholes, for example by introducing a non-existent colour. In these recent works, he has turned to a kind of grey-ish blue or green-ish grey, a colour without a name, which reminds him of 'the sky or the sea, and both at the same time'.

Coloured Word Box, Composition with Two Colours and Falling Dictionary are all created with Manders' self-made newspapers. These so-called 'Notional Newspapers' (2005–2020) contain every single word of the English dictionary. The words have been placed in a random order and have been used only once. Next to the text he has inserted images which are actually snapshots taken in his studio. The photos scrupulously avoid referring to anything concrete, but function unavoidably as apparent illustrations of the words. As his recent newspaper works contain the entire set of 'Notional Newspapers', they encompass infinite meanings and possibilities.

In 2013 Mark Manders represented the Netherlands at the Venice Biennial with his presentation Room with Broken Sentence. In 2019 Public Art Fund commissioned Mark Manders to create a large public sculpture for the Doris C. Freedman Plaza in Central Park, New York. He also created large outdoor sculptural installations for the Walker Art Center in Minneapolis (2017) and for the Rokin Square in Amsterdam (2017).