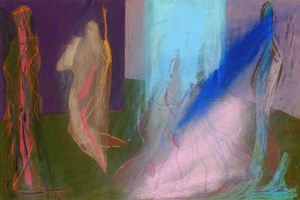 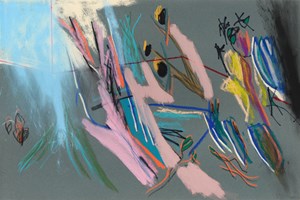 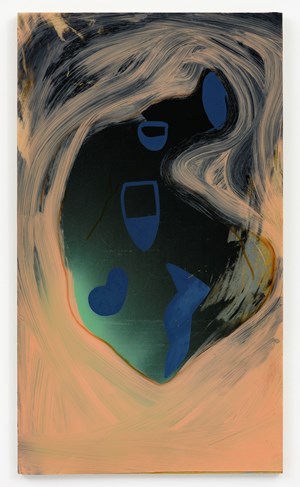 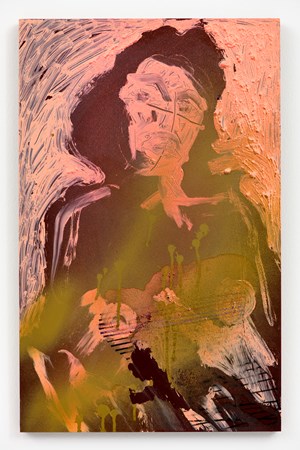 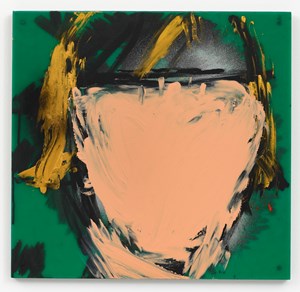 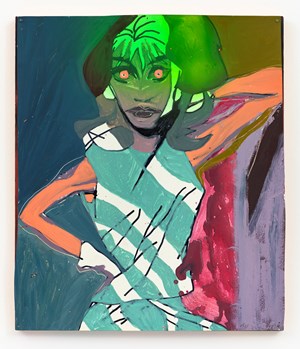 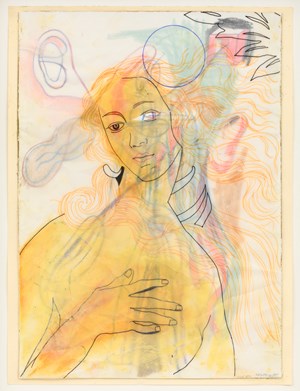 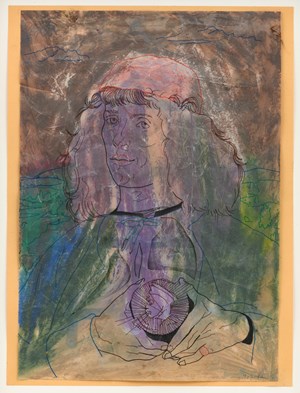 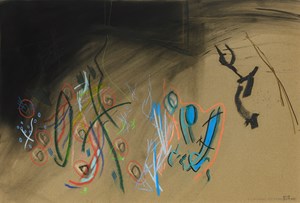 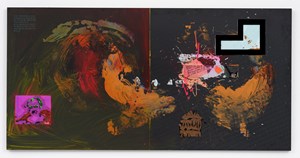 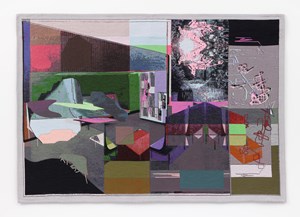 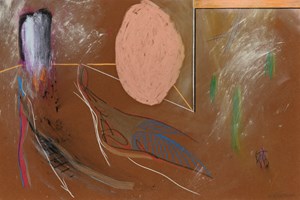 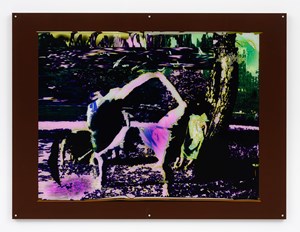 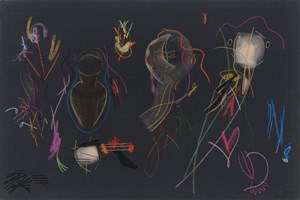 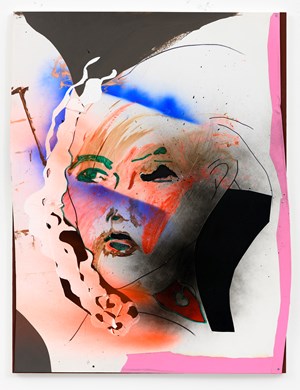 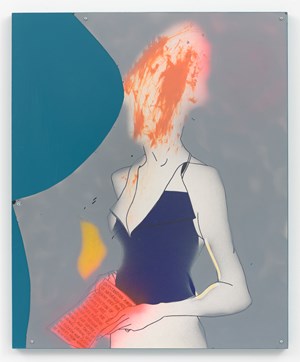 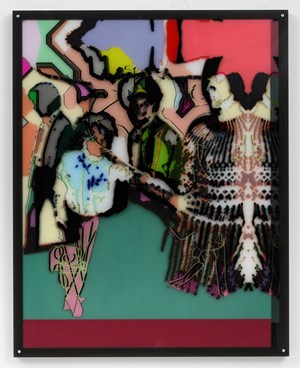 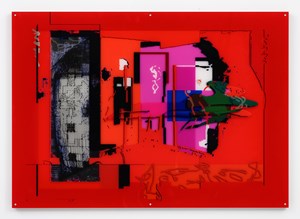 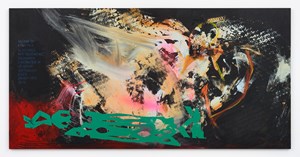 Zeno X Gallery is pleased to present the new exhibition by Anne-Mie Van Kerckhoven (b. 1951). The exhibition shows a wide variety of techniques and media, and brings together drawings, works on Plexiglas and a tapestry.

In 2016–2018, Anne-Mie Van Kerckhoven's retrospective exhibition travelled from Museum Abteiberg in Mönchengladbach to the Kunstverein in Hannover, M HKA in Antwerp and the Fridericianum in Kassel. This special exhibition incited Van Kerckhoven to undertake an in-depth exploration of the similarities between the heyday of mysticism in these regions, around 1300, and the digital revolution that is now taking place.

The show's title, Syzygy, refers to an Ancient Greek term that can mean 'connection' or 'meeting' but also 'opposition'. The term surfaces regularly in astronomy when describing particular constellations of celestial bodies, but can also be understood in a metaphorical and philosophical sense. For Van Kerckhoven, 'syzygy' can also describe the inescapable attraction between man and woman: although both realise that dualistic distinctions are meaningless, they also know that they will never be one. This idea is thematised in the work Unweit von Dir (2017—2019). Van Kerckhoven found the title on a postcard by Ludwig Wittgenstein, in which he describes his summer residence to his beloved as 'not-far' instead of 'near'. It is no coincidence that Unweit von Dir depicts a well-known interior by Austrian architect Adolf Loos, who worked closely with Ludwig Wittgenstein on Haus Wittgenstein.

In addition to Unweit von Dir, a number of other works stand out through their partial abstraction: African Blonde, Bel Mij, Blank, Im Keller der Seele and Witchi Tai To. Each of these works was initially figurative and was only rendered abstract at a later stage. Van Kerckhoven claims that humankind shows its powerlessness in abstraction. Around the time of the First World War, the arts evolved in the direction of the abstract, and the phenomenon had already been present for much longer already among indigenous peoples, who sought to grasp the violence of nature, for instance. Forced into submission, woman had also resorted to abstraction. Bel Mij (2017—2018) depicts a half-naked woman that Van Kerckhoven found in an erotic magazine. While the title refers to a feigned loneliness, the artist disrupted the female nude. Blank (2017—2018) is a self-portrait of the artist whose facial features have been rendered unclear. In this case, 'blank' can be understood as a synonym for colourless or virgin, and, consequently, as a critique of the polarising contradiction between white and black. Witchi Tai To (2018) shows an odalisque that Van Kerckhoven made increasingly abstract according to colour and direction. The Westerner's longing gaze for the desirable Eastern woman is questioned in this way. The title refers to the eponymous song by Jim Pepper from 1969. The song is based on a traditional Peyote Cult song. Van Kerckhoven started Im Keller der Seele (2006—2019) during her residency at the DAAD in Berlin. Three dancers perform a choreography by Rudolf von Laban (1879—1958) in a German forest.

The five drawings on the upper floor are part of the 'Taferelen' series. The artist created most of these drawings with her left hand because of a fracture in her elbow. When looking up the definition of 'tafereel' (scene), Van Kerckhoven came to the conclusion that it also encompassed the human portrait, which gave her a renewed sense of freedom. Botticelli 1 and Botticelli 2 are based on famous portraits by the Italian painter of the same name. The crumpling of the tracing paper creates a particular distortion.

In the CINEMA installation by Philip Metten the film Medley 23 Feb. will be screened. Van Kerckhoven performed at Museum Fridericianum in Kassel with her noise band Club Moral (AMVK + DDV) on February 23, 2019. On the occasion of this performance she created visuals that also form the basis of Medley 23 Feb. The characters in this film were all born on this specific date: Georg Friedrich Händel, Kazimir Malevich, Tom Wesselman, Susan Atkinson and Johnny Winter.

Anne-Mie Van Kerckhoven has had solo exhibitions at the Fridericianum in Kassel (2018), M HKA in Antwerp (2018), Kunstverein Hannover (2017), Städtisches Museum Abteiberg in Mönchengladbach (2016), Kunstverein München (2015), Mu.ZEE in Ostend (2012), The Renaissance Society in Chicago (2011), FRAC des Pays de la Loire in Carquefou (2009), Kunsthalle Nürnberg (2009), Wiels in Brussels (2008), Kunstmuseum Luzern (2008), Kunsthalle Bern (2005), and others. Her work has previously been part of exhibitions like Manifesta 7, and has been shown at MARTa Herford, ICA Philadelphia, the Artist's Institute in New York, Shanghai Art Museum, FRAC Nord-Pas de Calais in Dunkirk, Museum Boijmans Van Beuningen in Rotterdam, and many others.

Sign up to be among the first to know when new exhibitions by Anne-Mie Van Kerckhoven or at Zeno X Gallery open.
Sign Up
}