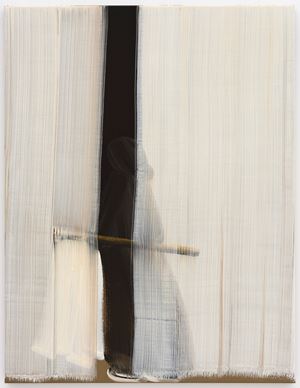 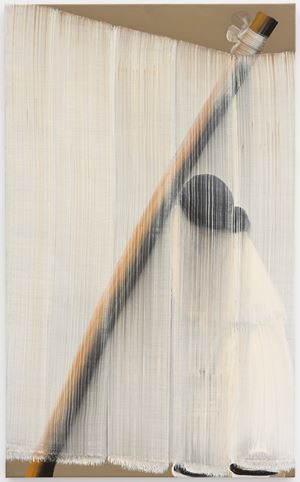 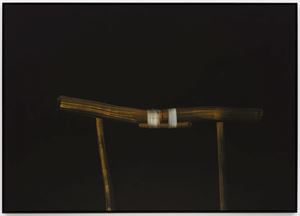 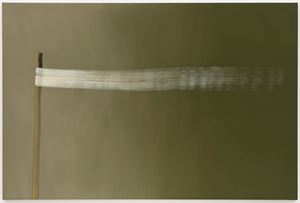 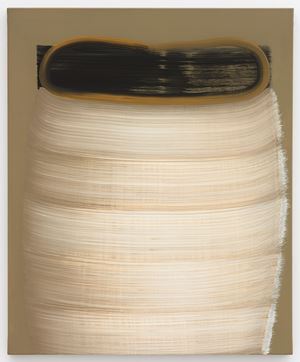 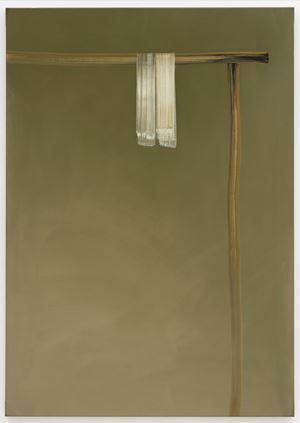 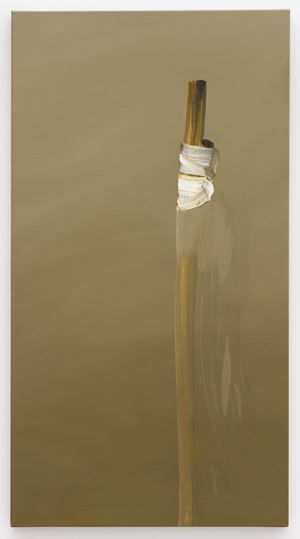 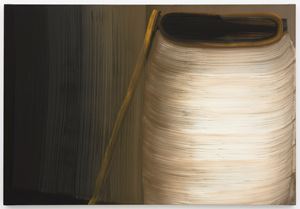 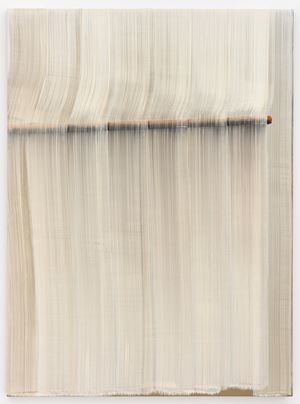 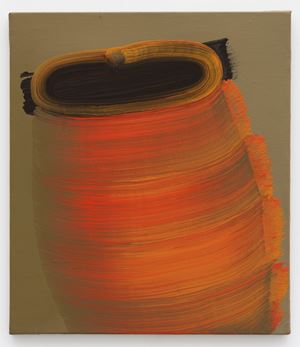 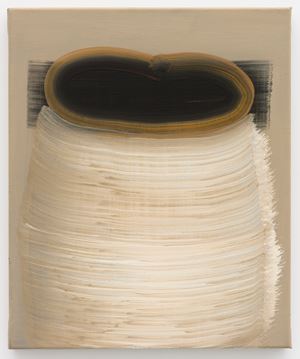 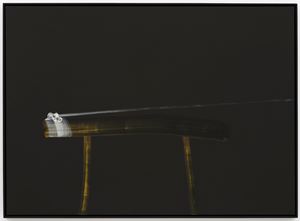 The single brushstroke as a horizon between heaven and earth is the second solo exhibition by Hyun-Sook Song at Zeno X Gallery. Hyun-Sook Song was born in 1952 and grew up in a mountain village in Korea. In 1972 she travelled to West Germany and soon after that she began to draw and to paint. In doing so she often gave voice to her nostalgic memories of her beloved motherland. Over several decades she created paintings with only a handful of motifs or themes: clay pots, silk ribbons draped around posts, or woven textiles hung on a thread.

Song developed both a very distinctive style and a technique that blends elements from the West and the East. She chose to use tempera, a type of paint made by mixing pigments with egg yolk. This technique was widely used in Western painting in the Middle Ages, notably because of the paint's opaque character. Song, by contrast, uses tempera in a way that is almost transparent: the brushstrokes are economical but accurate. Each brushstroke represents a single movement and there is no room for doubt.

Her artistic outlook has been heavily influenced by Eastern philosophy and calligraphy but also by her love of nature, the body and her materials. She sees painting as a performative happening. She places the stretched canvas on the floor of her studio and balances above the painting on a simple wooden plank that is placed above it. In doing so she is in a state of utter concentration and meditation. The intensity of the painting enables her to work for only a few hours per day. This does not prevent her from going to the studio every day to maintain her dexterity. Although her formal language may be limited, the variations appear endless. The works can be approached from both an abstract-meditative perspective and a figurative-symbolic viewpoint. The 'wooden poles' refer to a simple form of shelter, while the fabrics often suggest the age-old tradition of ramie weaving in the region of her birth. The paint that thins out as the line progresses symbolises the finiteness of life and the dying out of hope.

East Asian painters perceive the landscape very differently from Western artists. In the West, we are generally in the habit of seeing figurative painting as a window on the world and in a linear perspective, while artists in the East still see themselves as an integral part of this landscape. In the West, distinct brushstrokes are generally rendered invisible, while to East Asians the brushstrokeis precisely the crucial and central element. A brushstroke is the ultimate proof of the painter's inner peace (or turmoil) and is always expressive. In addition, the brushstroke is always unique because the relation with the surface, the scale and the light is always different. Further proof of the importance of the brushstroke in Song's oeuvre is the fact that her titles are based on the number of movements that she needed to complete the work. Hyun-Sook Song's works can be compared to haiku: short and simple but very powerful in terms of content.

Hyun-Sook Song studied at the University of Fine Arts of Hamburg between 1976 and 1981. In 1984 she returned to her homeland for a year to study Korean art history at Chonnam National University in Gwangju.

The single brushstroke as a horizon between heaven and earth

Sign up to be among the first to know when new exhibitions by Hyun-Sook Song or at Zeno X Gallery open.