Artist, writer, lecturer and curator Hüseyin Bahri Alptekin (1957-2007) studied aesthetics, philosophy of art and sociology in Ankara and Paris. He worked as a photographer for SIPA Press and wrote for various publications as an art and design critic. Alptekin lectured at Ankara Bilkent University and İstanbul Bilgi University. He participated in many local and international panels and symposia on contemporary art. Starting in the early 1990’s, Alptekin focused on an artistic production that explored the effects of globalization, immigration and exile, cross cultural image circulation and anonymous production through travel, personal histories and archives. His cross‐referential work, consisting of photo‐installations, collages, videos, objects, and once a life‐size truck overloaded with colorful plastic soccer balls, represent a multi‐layered, complex visual language. In 2007 he represented Turkey in the 52nd Venice Biennial with his installation Don’t Complain The same year he participated in the exhibition Global Cities at the Tate Modern in London. From 2000-2004 he ran a non-profit artists’ collective called “Sea Elephant Travel Agency” (SETA) that hosted a residency program for artists as well as organized conferences. He was a man of collective and collaborative work; his early collaborations with Michael Morris, his collective work with students Grup Grip-in during his years in Bilkent, the meetings he arranged at his space “LOFT”, the “Bunker Research Group” and “Barn Research Group” are just a few of his many accomplishments. Exhibitions he participated in, include the São Paolo Biennial (1998); Cetinje Biennial (2002), for which he won the UNESCO Prize; How Latitudes Become Forms, Walker Art Center (2003); Manifesta 5 (2004); 3rd Tirana Biennial (2005); and the İstanbul Biennial (1995, 2005, 2009). The artist’s solo exhibitions are I Am Not A Studio Artist, Salt, İstanbul (2011) and Kriz: Viva Vaia, Dulcinea Gallery, İstanbul (1999). 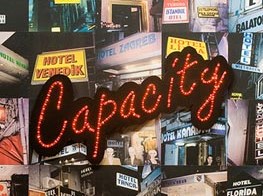 The bridge between postmodern and contemporary art in Turkey can be personified by a single figure: the late Hüseyin Bahri Alptekin, who was born in İzmir in 1957 and died on the last day of 2007. During the 1980s, Alptekin studied aesthetics and sociology at the Sorbonne in Paris, steeping himself in the discourses of semiotics and...

Sign up to be notified when new artworks and exhibitions by Hüseyin Bahri Alptekin are added to Ocula.