Jean-Paul Riopelle was the first Canadian painter to attain widespread international recognition. He studied engineering, architecture and photography at the École Polytechnique in Montreal before shifting his studies to the less academic École de Meuble, graduating in 1945. He was a member of the Automatistes movement with Paul-Émile Borduas before beginning to experiment with non-representational painting in 1945.

Riopelle moved to Paris in 1947 and was briefly associated with the Surrealists before his style changed to Lyrical Abstraction, when his powerful canvases became defined by a myriad of tumultuous shapes and multicoloured elements. 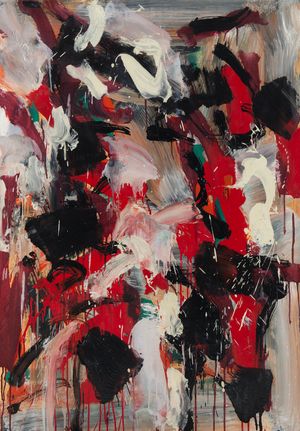 Sign up to be notified when new artworks and exhibitions by Jean-Paul Riopelle are added to Ocula.