From paintings and soft sculptures of hybrid forms to playful yet poignant ceramics of the pregnant body, Juae Park engages with the complex and mysterious realms of human experience and interiority.

Born and raised in Jeju Island, Juae Park graduated from Jeju National University in 2014. Park moved frequently during this period, which drew her attention to the process of moving and the inevitable traces she left behind in her former houses. Park's early paintings, highly detailed and dreamlike, often depict objects floating around houses, hinting at the stories of the unknown occupants of buildings commonly found in Jeju.

Half-human and animal forms recur throughout Juae Park's works, as seen in A Time to Warm My Blood (2016). In the painting, hybrid beings with human bodies and deer heads populate a large bath—seemingly suspended in a white void—with a willow tree at its centre. The work stems from the artist's identification with the deer, a common wild animal in Korea that often ends up as roadkill because of its tendency to jump into bright lights, which Park deployed as a metaphor for her uncertainty regarding her own identity and sense of self.

Juae Park's hybrid forms developed into stuffed dolls in Yourself, yours, her solo exhibition at Seoul's GALLERY2 in 2019. The works featuring an elongated human form encased inside a fish (Human Fish (2018)) and an astronaut with a bear's head (Armstrong Bear (2018)) have their roots in a residency Park undertook in New York during 2017, at the beginning of which she created a stuffed cotton bust of her boyfriend out of loneliness and homesickness.

In Yourself, yours, the hybrid dolls refer not only to her boyfriend but also to her mother and close friends, embodying the relationship between the artist and her loved ones as well as the way in which they reciprocally define one another.

After a failed effort at in-vitro fertilisation in 2019, Juae Park began working with ceramics as a means of coming to terms with her loss. The resulting shapes are reminiscent of reproductive organs and the pregnant body, and include uteruses, breasts, foetuses, swollen bellies, and eggs as recurring motifs. Ranging from small- to medium-scale, Park's ceramic works are gentle and humorous, while simultaneously invoking a sense of longing.

Park presented her ceramics in her 2020 solo exhibition, Breast Milk, at Setangarum, Jeju, followed by Parkjuae at GALLERY2 in 2021. A pair of petite figures sit side by side in Jju and Jju (2021)—a diminutive term for women's breasts in Korean—with a nipple protruding from the centre of their faces; Small Baby, another work from 2021, shows an armless figure with a gap in its abdomen, from which a smaller figure seems to be crawling out over its breasts.

Parkjuae also featured paintings populated by round forms evocative of her ceramic sculptures. Bulbous creatures tenderly kiss and poke one another in Touch, while a single egg sits comfortably in the middle of Egg Drawing, surrounded by wiggling lines that resemble both sperm and small hands (both 2021). 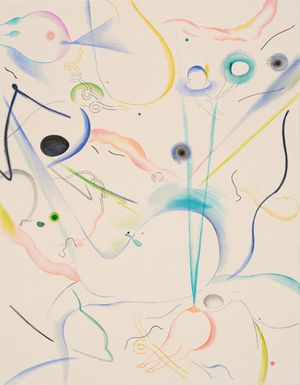 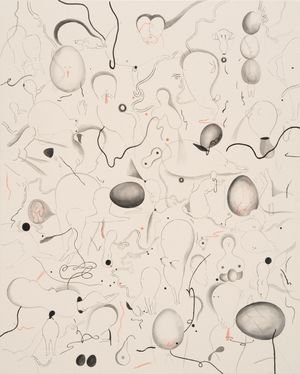 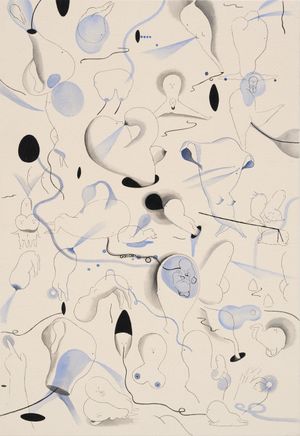 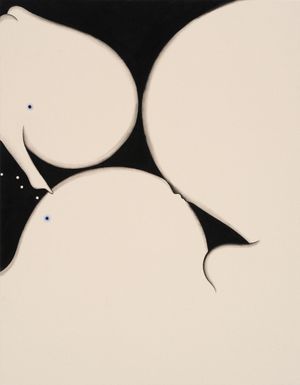 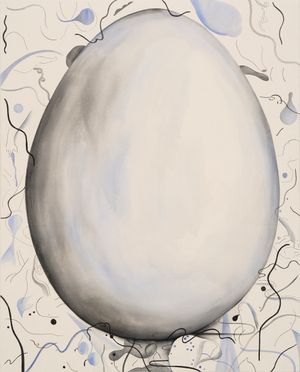 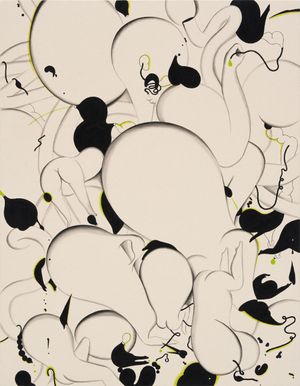 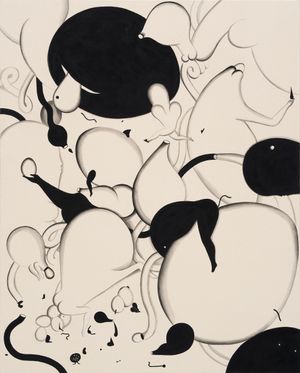 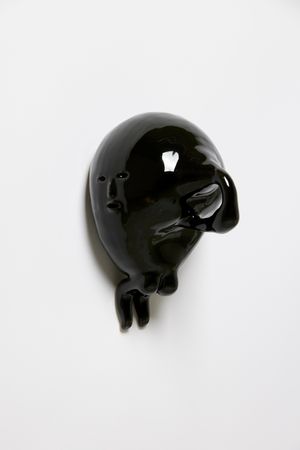 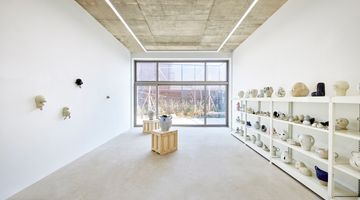 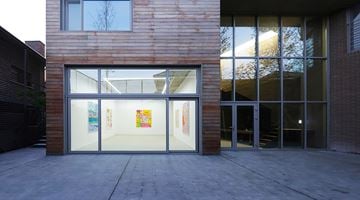 Sign up to be notified when new artworks and exhibitions by Juae Park are added to Ocula.