Patrick Caulfield (b. 1936, London, England; d. 2005, London, England) is a British painter and printmaker known for his pared down, still lifes and interiors, carefully composed with thick black lines and even fields of colour. Human figures are rarely depicted, but tell-tale signs of human presence abound in Caulfield's enigmatic world. Often, it is impossible to resolve perspective in his painting, an effect mirrored by the depiction of hidden spaces: jugs, pots, windows and blind corners. At the Royal College of Art, Caulfield was a contemporary of R.B. Kitaj, David Hockney, Allen Jones, Derek Boshier, and Peter Phillips. Although Caulfield came to be associated with British Pop art after participating in the Whitechapel Gallery's The New Generation exhibition in 1964, he saw himself as a formalist painter working in the tradition of Braque, Gris and Matisse. Admired by fellow artists throughout his time, Caulfield worked privately and painstakingly until each picture was fully resolved, leaving nothing to chance. In his later work, Caulfield introduced elements of photorealism and trompe-l'oeil to further undermine the illusionary power painting.

Caulfield studied at Chelsea School of Art (1956–1960) and the Royal College of Art (1960–1963), subsequently teaching at Chelsea from 1963 until 1971. His first solo exhibition was at the Robert Fraser Gallery, London in 1965. He took part in many solo and group exhibitions both in Britain and internationally. Important group exhibitions in which he participated include the Whitechapel Art Gallery, London (1964) and the Royal Academy of Arts, London (1987). In 1991 Caulfield took part in Pop Art, again at the Royal Academy of Arts, which toured to Museum Ludwig, Cologne and Centro de Arte Reina Sofia, Madrid. Retrospectives of his work have been held at the Walker Art Gallery, Liverpool, touring to the Tate Gallery, London (1981) and at the Serpentine Gallery, London (1992–1993). A major retrospective of Caulfield's paintings, organised by the British Council, was shown at the Hayward Gallery, London, in 1999, and subsequently toured to the Musée National d'Histoire et d'Art, Luxembourg, the Calouste Gulbenkian Foundation, Lisbon, and the Yale Center for British Art, New Haven, Connecticut (1999–2000). In 1987, Caulfield was nominated for the Turner Prize for his show The Artists's Eye at the National Gallery in London, and in 1996 he was made a CBE. In 2013, Tate Britain hosted a major survey exhibition of Caulfield's work. 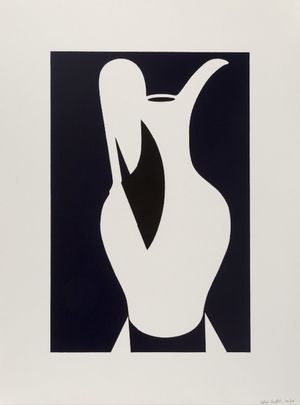 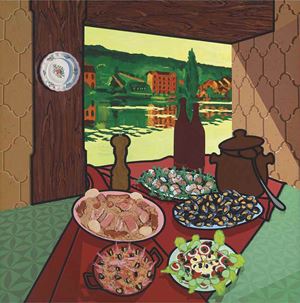 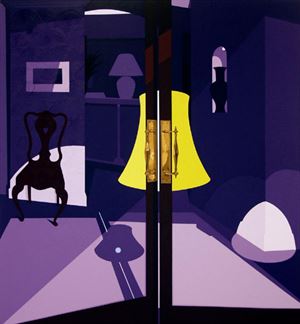 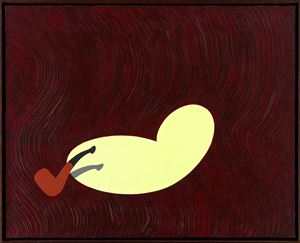 Be among the first to know when new artworks and exhibitions by Patrick Caulfield are added to Ocula.
Sign UpLogin