Ron Arad, one of the most influential designers and architects of our time, defies categorisation between sculpture, architecture and industrial design. The artist has established his aesthetic in a limitless creative process mixing raw and polished materials, handcraft and industrial technologies. Tirelessly experimenting with materials and exploring new forms, Ron Arad has produced a very varied range of creative objects based on sinusoidal, elliptical and oval forms, as limited pieces in one-off series. The artist created his first iconic piece in 1981 when he associated a leather-covered seat taken off from a car to a curved base made of Kee-Klamps (the tubular construction system) for his Rover Chair.

Born in 1951, in Israel, Ron Arad who was trained at the Jerusalem Academy of Art and at London's Architectural Association has exhibited at many major museums and galleries throughout the world. He now teaches at the Royal College of Art in London. The artist’s first major retrospective was organized by the Centre Pompidou, Paris, in 2008, in collaboration with The Museum of Modern Art, New York, and the Stedelijk Museum, Amsterdam. This exhibition named No Discipline featured approximately 140 works, including design objects, architectural models, and videos which travelled through these three countries. In 2010, the Barbican Art Gallery in London welcomed another iconic exhibition entitled Restless. His work is in many public collections including, among others, Centre Georges Pompidou, Paris; Metropolitan Museum of Art, N.Y; Victoria & Albert Museum, London and the Vitra Design Museum, Germany.

The artist now lives and works in London. 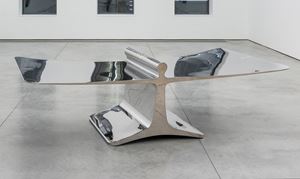 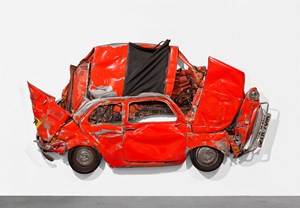 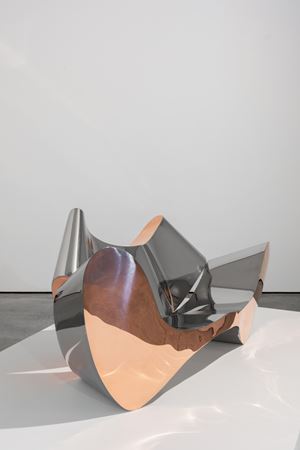 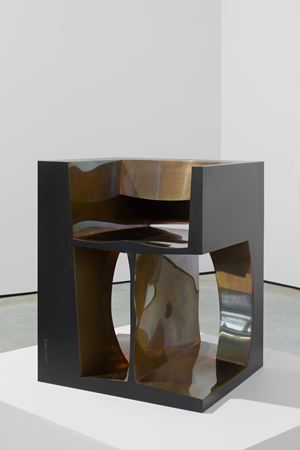 Related Press From the return of FIAC to a Russian arrival at Fondation Louis Vuitton: The best cultural pursuits in Paris this October 18 October 2016, The Telegraph

Frieze may be over for another year, but as the tents are dismantled in London’s Regent’s Park, so the art market circus is preparing to pitch camp in Paris. This week sees the 43rd edition of FIAC, the Foire Internationale d’Art Contemporain or International Contemporary Art Fair, as well as the second edition of Asia Now...

Frederick Kiesler is a favourite historical architect who comes to mind. That’s because he didn’t build a lot, just one building: the wing of the Israel Museum in Jerusalem where the Dead Sea Scrolls are kept. He left a lot of models and sketches and he also designed some pieces of furniture. He didn’t churn it out, but they...

‘I have no doubt that you will immediately be confronted by humour, the inventiveness and the genius of Ron Arad,’ states Ben Brown, founder of the contemporary arts space Ben Brown Fine Arts. Tucked away in his Mayfair mews is the latest exposé of the creative maverick's sculptural and avant-garde works.

This February, the Israeli architect, artist, and designer Ron Arad will join New York’s Paul Kasmin Gallery with a debut exhibition that will showcase his riffs on the Fiat 500. After 10 years at Friedman Benda, Arad came to Kasmin looking for a new gallery following Barry Friedman’s retirement last year. He was drawn to Kasmin...

Sign up to be notified when new artworks and exhibitions by Ron Arad are added to Ocula.
Sign UpLogin