Japanese artist Takashi Murakami draws heavily from Japan's kawaii culture to create his instantly recognisable contemporary artworks. Represented by the likes of cartoon characters like Hello Kitty, the emergence of kawaii culture in postwar Japan has been interpreted by art historians and the artist as a strategy to release Japan from its wartime history.

Of his creations, Murakami's flowers are arguably the most iconic. Identified by their psychedelic colours and cartoonish characteristics, these often appear together with recurring motifs, such as the skull. Both are rendered in a style reminiscent of Japanese anime and manga, the flower with a smiley face and evenly spaced petals, and the skull with tentacle-like teeth.

Takashii Murakami's flowers and skulls are emblematic of Superflat, a movement coined by the artist in 1990s and early 2000s Japan. He elaborates on the movement in his influential essay, A Theory of Super Flat Japanese Art (2000). Establishing a link between traditional and contemporary Japanese art, Murakami advocates for the fluid combination of Japanese classical painting techniques with Western and contemporary pop cultural aesthetics to create 'super flat' images.

Takashii Murakami's flowers emerged in 1995 from his robust background in Japanese art history. The artist trained as a painter in Nihonga, or traditional Japanese-style painting. He received his PhD in the field from the Tokyo National University of Fine Arts in 1993. Setsugekka—a subject in Nihonga that translates as snow, moon, and flowers, often featuring warriors or Kabuki actors against backdrops of atmospheric landscape or architecture—prompted Murakami to develop his own smiling flowers.

The skull motif emerged in the early 2000s. It first manifested as a black silhouette outlined in white against an orange background in the lithograph Time Bokan - Red (2001), which Murakami has reproduced in different colour schemes over the years. In the 2010 prints I've Left My Love Far Behind 2010 and Who's Afraid of Red, Yellow, Blue And Death, seas of skulls occupy the picture plane, the wash of their colours suggesting decay and mortality.

Takashii Murakami's solo exhibition Flowers & Skulls (2013), shown at Gagosian Hong Kong, brought together the two motifs. In paintings such as Blue Flowers & Skulls and Not yet titled (both 2012), the joyous buoyancy of smiling flowers are contrasted by the skulls, which, despite their cartoonish appearance, invariably evoke death.

Murakami expanded the grim masses of his skulls in his painting In the Land of the Dead, Stepping on the Tail of a Rainbow (2014). Spanning 82 feet in length, the enormous artwork also feature waves of turbulent seas and arhats, or Buddhist monks. Rendered in his characteristically bold colours, the work is a reference to the paintings of arhats that painter Kano Kazunobu made in response to the 1855 Edo earthquake. Murakami, in turn, was contemplating life and death in the aftermath of the 2011 Tohoku earthquake and Fukushima nuclear disaster that devastated Japan.

In the Land of the Dead, Stepping on the Tail of a Rainbow was also the title of his solo exhibition at Gagosian New York in 2014, in which his usually joyful characters appeared to be dissolving or collapsing from explosions or natural catastrophe.

Perhaps due to their seeming innocence and smiling faces, Murakami's flowers have enjoyed longevity outside art galleries. In addition to his nearly two-decade-long collaboration with Louis Vuitton, the artist has also worked with Comme des Garcons, Hublot, Virgil Abloh, and Supreme, as well as with musicians Kanye West and Pharrell Williams. In 2019, the artist's flowers featured in the animated music video for Billie Eilish's You Should See Me in a Crown, which Murakami directed.

Flowers also ventured into the realm of NFT's in March this year as Murakami.Flowers, a collection of 108 individual flowers in a pixel-art style reminiscent of 1980s Japanese video games. In the Instagram post that introduced the NFT's, the artist recounted watching his children playing the Nintendo game Animal Crossing: New Horizons during the Covid-19 lockdowns. 'I saw the reality of the shifting values when I realized that these children could discern beauty within a virtual world,' wrote Murakami. 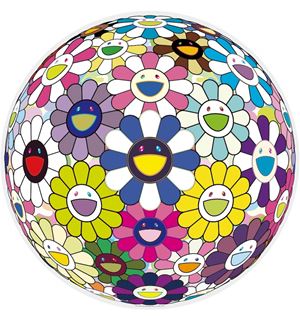 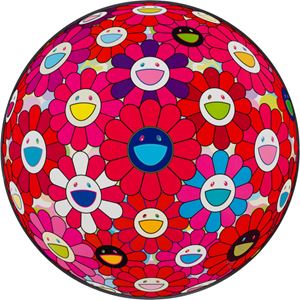 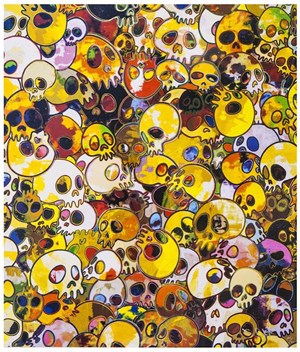 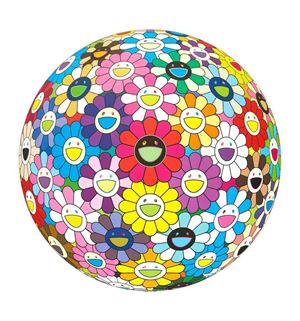 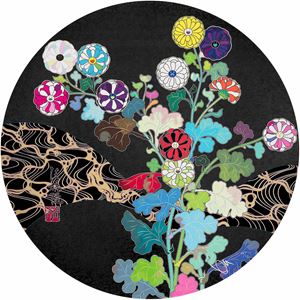 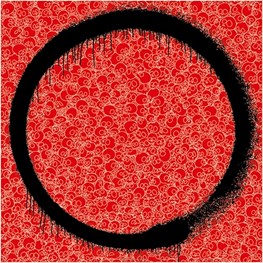