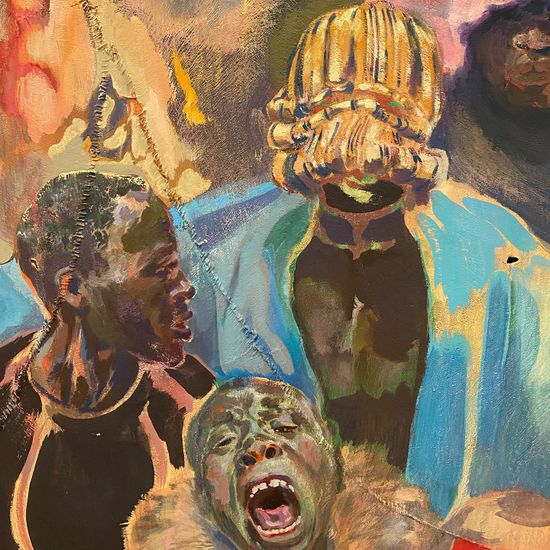 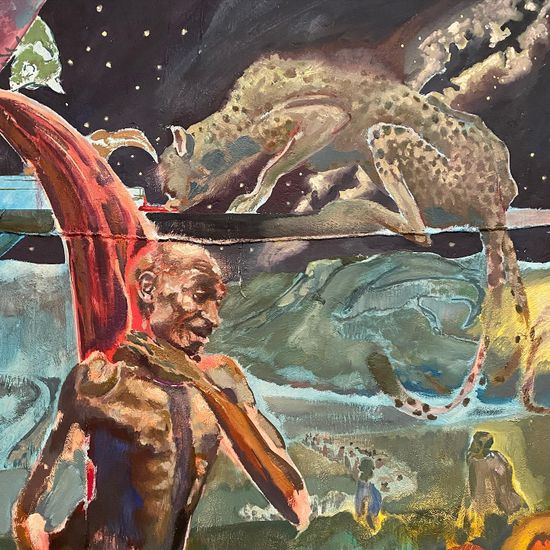 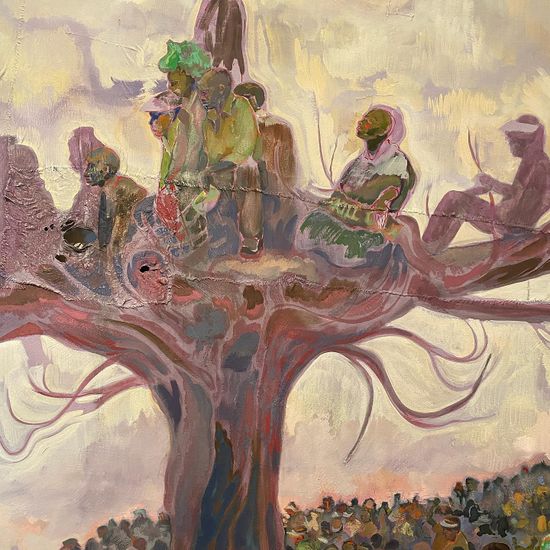 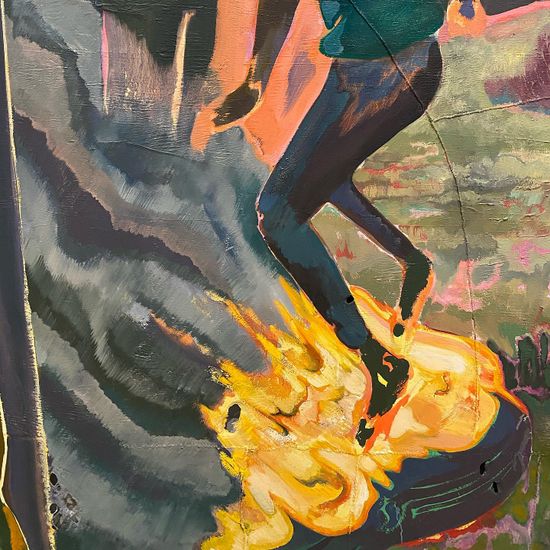 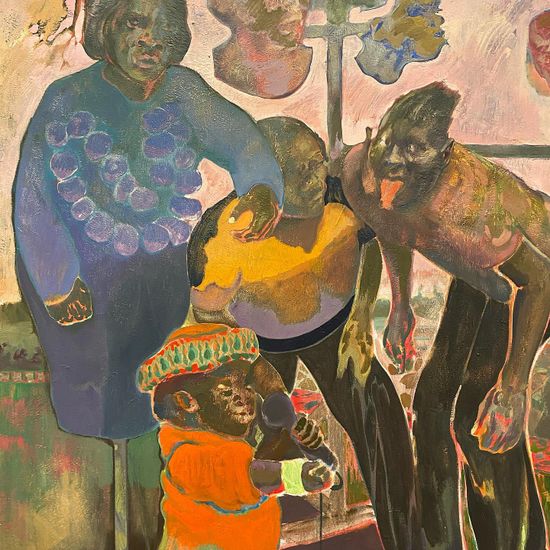 One of our standout shows of 2021 has to be Michael Armitage's solo exhibition Paradise Edict (22 May–19 September 2021) at the Royal Academy of Arts.

The artist's career exploded after he joined White Cube in 2015, with hugely successful shows at the gallery's London and Hong Kong spaces before recent institutional exhibitions at the Museum of Modern Art in New York, and Haus der Kunst in Munich propelled him into an elite group of contemporary painters equally revered by curators and collectors.

The young Kenyan-born artist studied in London at The Slade School of Fine Art and the Royal Academy—where he still spends much of his time—perhaps explaining his rigorous approach to painting, harvested from a deep appreciation of past masters. Goya, Gauguin and a raft of other titans of Western painting seep into his work, together with more contemporary influences, such as Francis Bacon and Peter Doig.

The raw desperation of his figures, combined with references to contemporary Kenyan society, immediately frees his paintings from the shackles of his heroes though; instead they ingrain themselves into our consciousness.

Alluring and shocking, magical and universal, Armitage's paintings encompass all that figurative painting has to offer, and on a grand scale worthy of his predecessors.

Could this be the next superstar painter following in the footsteps of Peter Doig? 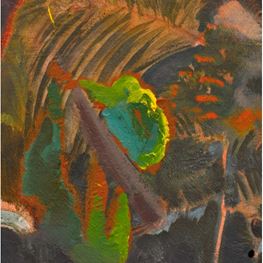