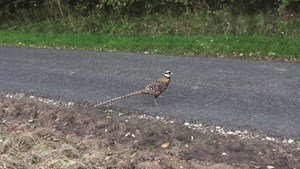 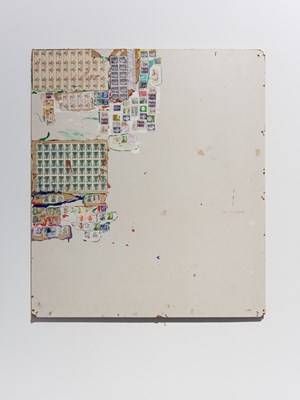 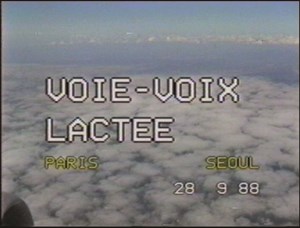 ARARIO GALLERY Seoul Samcheong presents 0 Time, a solo exhibition of Kim Soun-Gui (b.1946) from August 30 to November 11, 2018. Kim has been working on the international stage, demonstrating a diverse range of media. This exhibition introduces key examples from Kim's collages, paintings, video works and multimedia works, as of yet not introduced in Korea, to illuminate the concept of '0 Time.'

An avid student of Eastern philosophy, Kim studied aesthetics and semiotics in France starting in 1971, and has continued to live and work as an artist in France since then, creating works that freely cross the boundary between East and West. In this, she discovered that the Eastern philosophy of absence of the Ego for true knowledge in its aim for an openness accepting all of the universe and Nature, could be interpreted in a new direction in a Western cultural context.

This exhibition consists of a structure in which the concepts of time, traversing, and Il-pil (one stroke) are connected cyclically. On the first floor and the first basement level of the exhibition hall, viewers can see a world map deconstructed and reconstructed by the artist, video clips with disarranged time stamps marking their beginning and end, and four pheasants crossing the street. These works, which lead to a situation in which the temporal flow or directionality coexist paradoxically (0 Time), lead us somewhere, 'both here and there; neither here nor there,' in the artist's words. This situation of chaos is connected to the second floor with Il-pil (One-Stroke). According to the artist, the series Il-Pil is '"the beginning, the basis of everything. It has the meaning of 'chaos,' meaning an infinitely open attitude." Through this we may catch a glimpse of the artist's way of thinking in seeking an infinite openness beyond boundary, limit and prejudice.

As the artist once said, 'A Stroke of the Brush, the step. It ignores forms, distinctions, hierarchies yet have the capacity to change indefinitely and includes all domains and times simultaneously.' We hope that this exhibition will provide an opportunity to interpret life as an open possibility of everything and to experience the artist's art world as a whole.

Kim Soun-Gui was born in Buyeo, Chungnam, South Korea in 1946. After receiving her BFA and MFA from the Department of Painting at Seoul National University, she moved to France in 1971 and has been living and working as an artist there since. She studied semiotics and aesthetics at Université d'Aix Marseille and Université de Nice-Sophia Antipolis, and has worked as a professor at Université d'Aix Marseille, Université de Nice-Sophia Antipolis and Ecole National Supérieure d'Art in Dijon. Kim has held solo exhibitions worldwide, including at such institutions as ARARIO MUSEUM in space (2016), Art Sonje Center (2014), Slought Foundation (2013), and Musée d'Art Moderne et d'Art Contemporain de Nice (1991). Notable publications include Montagne, C'est la Mer: Tchouang-Tseu et Wittgenstein; Les Nuages Paresseux; Art or Listen to the Silence: Kim Soun-Gui Conversation with Jacques Derrida, Jean-Luc Nancy and John Cage; and Entends-tu?, a poetry and painting compilation.

Sign up to be among the first to know when new exhibitions by Kim Soun-Gui or at Arario Gallery open.
Sign Up