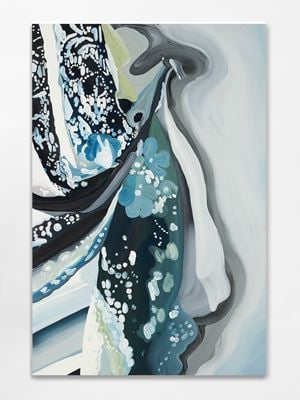 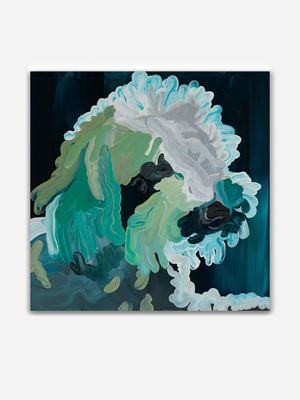 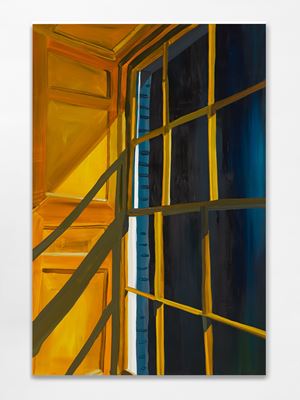 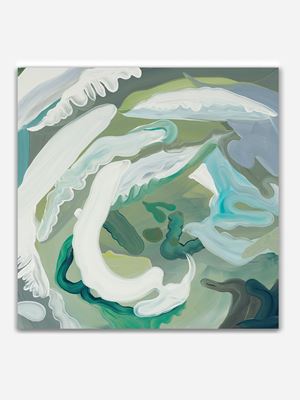 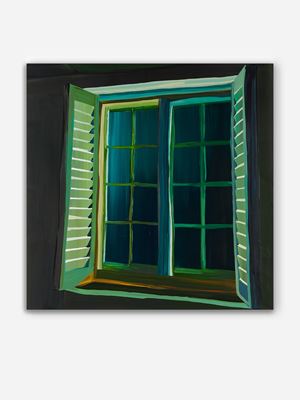 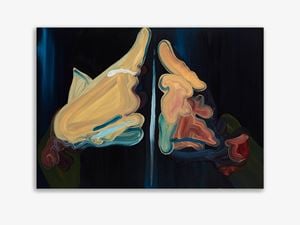 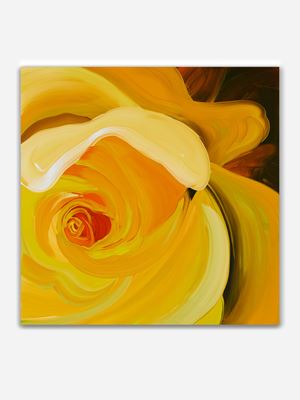 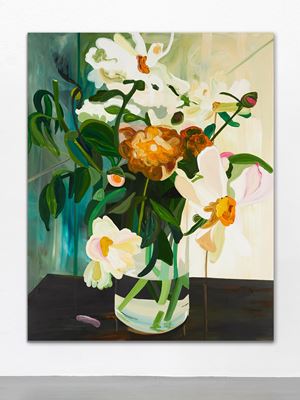 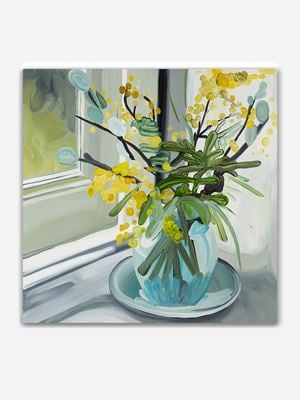 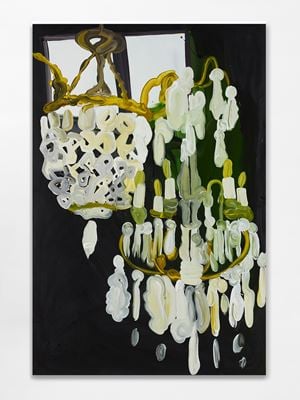 The works in Clare Woods' fifth solo exhibition in the Buchmann Galerie, titled If Not Now Then When, were painted in the build up to and during lock down in an intense and isolated period which allowed Woods to occupy a position where she could compare the past and the idea of the future closely as the present was so unrecognisable and uncomfortable.

'I found it so hard to describe what I was feeling and the only way it could be translated into something real was through painting it. I was trying to capture those moments in the home and the focus shift for outside to inside where everything familiar felt unfamiliar and where the detail in the everyday became heightened, re-seeing the ordinary in a different way. I felt as though I was occupying a position on both sides of a boundary of a very transformative space.'

All of the paintings are based on photographs, sometimes her own sometimes found imagery. The cropping and editing of the original photograph through drawing removes some of the form so that they begin to sit on the edge of legibility and figuration. Woods conceptually empties the source image but then replaces a new interpretation during the act of painting. This physical break down of the image allows a slowing down and falling apart of the visual partly forcing the viewer to question their ability to decipher the content of what is in front of them and partly questioning what it means to live in a time of mass image consumption and in a world that treats banality and disaster in the same way.

Though her work cannot exist without photography, it is not the origin of the image that is important as she is concerned with the emotional response the imagery triggers within her and its potential for reinterpretation or translation as she is always preoccupied with the human environment and her desire for certainty.

Clare Woods' works have been shown in solo exhibitions at The Hepworth Wakefield, in the Southampton City Art Gallery, and Chisenhale Gallery in London, the Mead Gallery in Coventry and the Dundee Contemporary Arts amongst others.

If Not Now Then When

Sign up to be among the first to know when new exhibitions by Clare Woods or at Buchmann Galerie open.