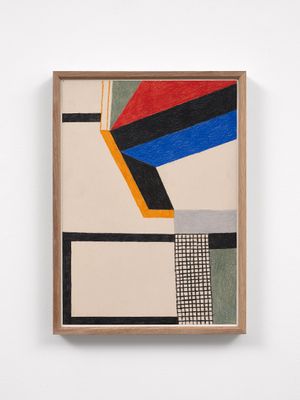 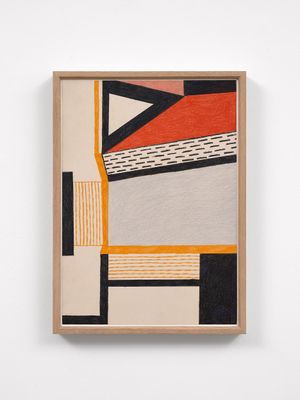 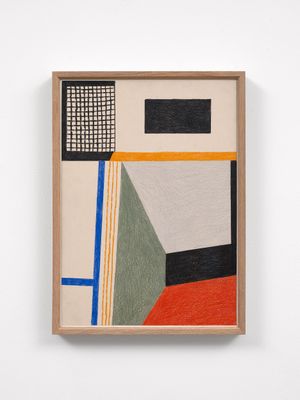 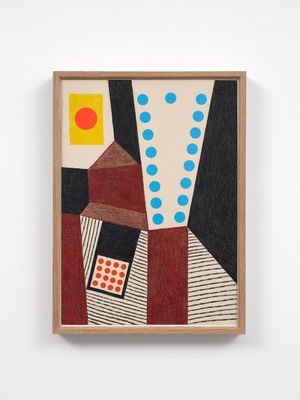 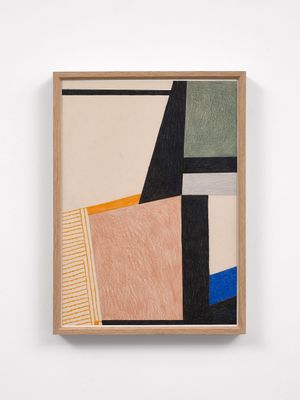 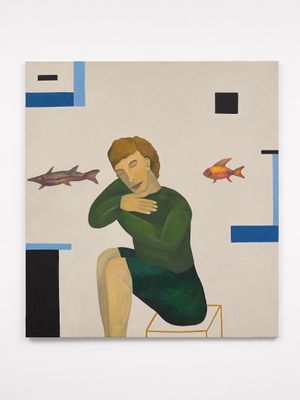 Highlighting the many dualities that make up Nathalie Du Pasquier's compound practice, this viewing room brings together distinct aspects of her work. On the one hand, a series of abstract drawings comes with a clear rhythm–these drawings are imbued with a musicality expressed through difference and repetition. They are the result of Du Pasquier's daily practice, and the painterly equivalent of a pianist practicing scales. On the other hand, a singular painting made in 1987 and recently reworked by the artist superposes her earlier figurative work with the colorful geometry of her current pictorial language. The expanded time instilled in this unique piece simultaneously points to the continuity and constant renewal that characterises Nathalie Du Pasquier's artistic research.

Nathalie Du Pasquier's career began as an autodidact. She arrived in 1979 in Italy, first in Rome and then in Milan, where she still lives and works. She met several designers who set her along the path of European and urban 20th century culture. Du Pasquier is best known as one of the founding members of Memphis–the celebrated 1980s Italian postmodern design group. Du Pasquier first worked as a designer of textiles, furnitures and objects but since 1987, she subsequently decided to dedicate herself to painting. First focusing on still lives, the everyday objects depicted in her paintings were slowly replaced by wooden objects constructed by the artist herself. This was her pathway towards abstraction. Today, her work generates a dialogue between abstract painting and three-dimensional constructions arranged in space.

Sign up to be among the first to know when new exhibitions by Nathalie Du Pasquier or at Galerie Greta Meert open.
Sign Up