Born in 1955 in Barcelona, where he studied at the Llotja School of Art and Design and at the Sant Jordi School of Fine Arts.

Since 1980, the year of his first exhibition in Barcelona, he has lived and worked in Berlin, Brussels, England, France and the United States, currently resides and works in Barcelona. He has been a teacher at the École nationale supérieure des Beaux-Arts in Paris and regularly cooperates with the School of the Art Institute of Chicago as a guest professor. He has also given many lectures and courses at other universities, museums and cultural institutions around the world.

Jaume Plensa has received numerous national and international awards, including the Medaille de Chevalier des Arts et des Lettres, awarded by the French Ministry of Culture, in 1993, and the Government of Catalonia’s National Prize for Fine Art in 1997. In 2005, he was invested Doctor Honoris Causa by the School of the Art Institute of Chicago. In Spain, he received the National Prize for Fine Art in 2012 and the prestigious Velázquez Prize for the Arts in 2013. Plensa regularly shows his work at galleries and museums in Europe, the United States and Asia. The landmark exhibitions in his career include the one organised at the Fundació Joan Miró in Barcelona in 1996, which travelled to the Galerie nationale du Jeu de Paume in Paris and the Malmö Konsthall in Malmö (Sweden) the following year. In Germany, several museums have staged exhibitions of his work. These include Love Sounds at the Kestner Gesellschaft in Hannover in 1999, The Secret Heart, which was shown at three museums in the city of Augsburg in 2014 and Die Innere Sight at the Max Ernst Museum, in Brühl in 2016. During 2015 and 2016 the exhibition Human Landscape has travelled through several North American museums: Cheekwood Estate and Gardens and The Frist Center for the Visual Arts in Nashville, TN, the Tampa Museum of Art in Tampa, FL and the Toledo Museum of Art in Toledo, OH.

His latest Museum exhibitions have been in 2017 at the MAMC–Musée d’art moderne et contemporain Saint-Étienne Métropole, France and Talking Continents at the MMoCA–Madison Museum of Contemporary Art, Madison, WI, USA. During the Summer 2018 some large sculptures have been presented in the royal gardens of Djurgården, Stockholm, Sweden. In Madrid, Plensa received particular acclaim for the exhibition Chaos-Saliva, which opened in 2000 at the Palacio de Velázquez–Museo Nacional Centro de Arte Reina Sofía. In the United States, where Plensa has worked and exhibited for nearly three decades, his works have been shown at many art galleries and museums. Amongst his most outstanding exhibitions was that organised at the Nasher Sculpture Center in Dallas. In 2011, a large selection of Plensa’s sculptures has been exhibited at the Yorkshire Sculpture Park in West Bretton, England. The extensive exhibition was shown in the galleries and in the park. Thanks to this exhibition, the site received national recognition as Most Magnificent Attraction in 2011. To date, this has been one of the most complete shows ever devoted to the work of Jaume Plensa.

A very significant part of Plensa’s work is in the field of sculpture in the public space. Installed in several cities in Spain, France, Japan, England, Korea, Germany, Canada, USA, etc. The Crown Fountain, which was unveiled in Chicago’s Millennium Park in 2004, is one of Plensa’s largest projects and, without doubt, one of the most brilliant. The work led to many commissions, adding to the list of works by Jaume Plensa in public spaces, right up to the most recent, Source (2017) in Montreal, Canada, _Bangkok Sou_l (2017) in Bangkok, Thailand, Love (2017) in Leeuwarden, Netherlands and Pacific Soul (2018) in San Diego, USA. Jaume Plensa has won many prizes and citations, including the Marsh Award for Excellence in Public Sculpture, which the artist received in London in 2009 for his work Dream. With Together, Collateral Event of the 56th Venice Biennale, Basilica San Giorgio Maggiore, Jaume Plensa obtained the Global Fine Art Award for the Best Public Outdoor Installation in 2015.

Defender of the graphic artwork from the beginning, he did many exhibitions dedicated to graphic arts and editions. Highlighting the retrospectives at the Musée des Beaux Arts de Caen (France) and the Centre de la Gravure et de l'Image imprimée La Louviere (Belgium) in 2006. In 2013 he received the National Graphic Arts Award granted by the Calcografía Nacional in Madrid. From 1996 to 2008 he collaborated on many projects for theatre and opera, especially with the company La Fura dels Baus, working the concept and designing sets and costumes. He is preparing two exhibitions for autumn 2018, at the Palacio de Cristal-Museo Nacional Centro de Arte Reina Sofía in Madrid and at the Museu d’Art Contemporani in Barcelona. 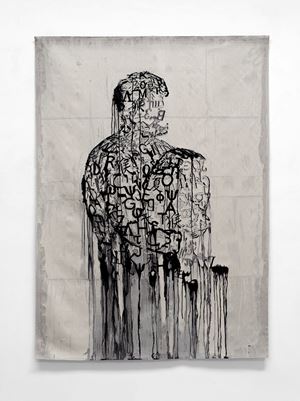 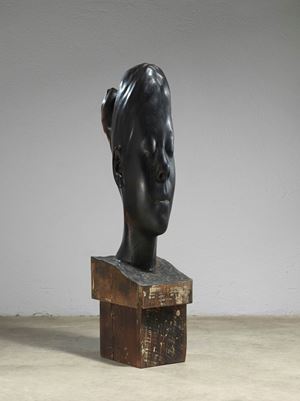 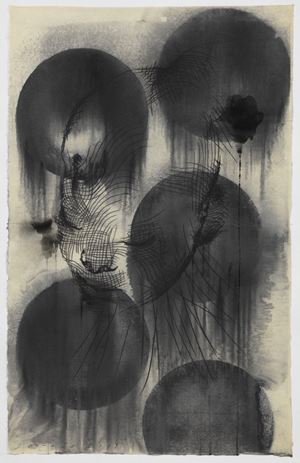 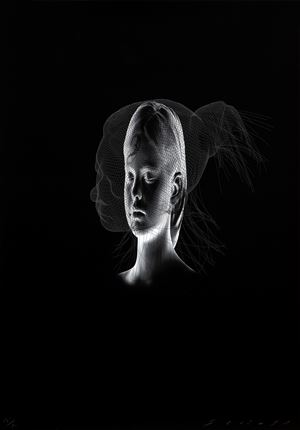 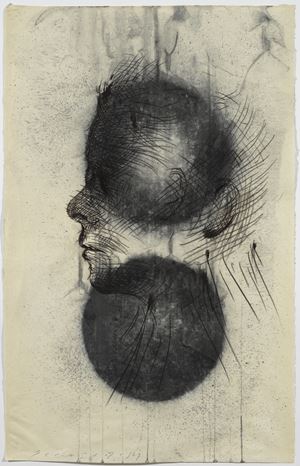 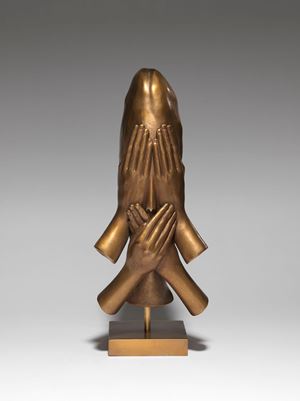 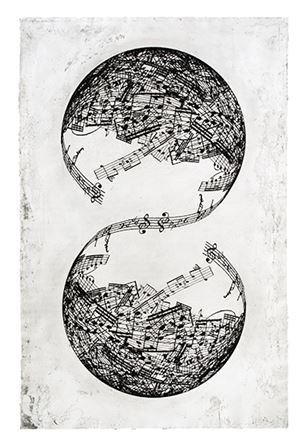 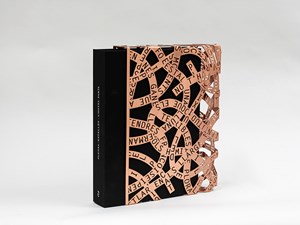 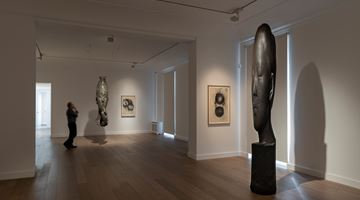 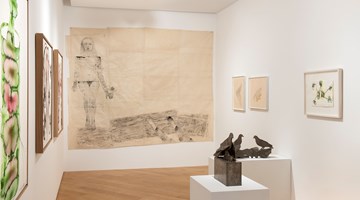 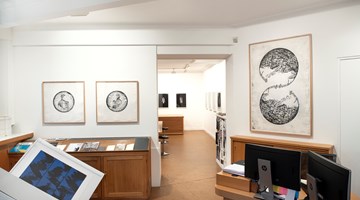 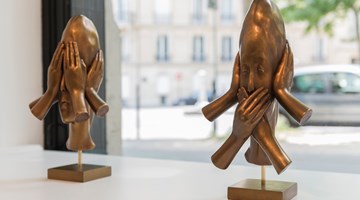 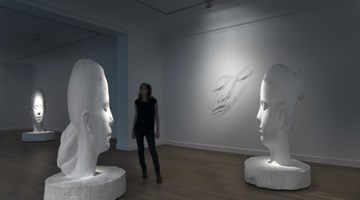 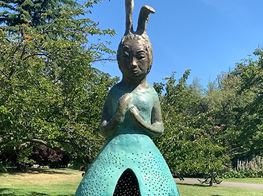 For three months, Frieze Sculpture (3 July—6 October) transforms Regent's Park, London, into an open gallery with sculptures by artists from all over the world. This year's edition is again curated by Clare Lilley, director of programme at Yorkshire Sculpture Park since 1992 and curator of Frieze Sculpture since 2012. This insight takes a... 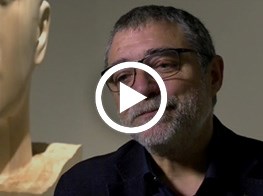 World renowned artist and sculptor Jaume Plensa talks about his inspiration for several pieces in the exhibit Jaume Plensa: Human Landscape, which runs through May 15 at the Tampa Museum of Art. 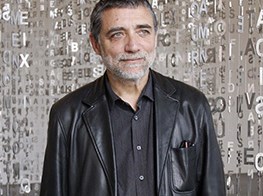 Born in Barcelona and working internationally since 1980, artist Jaume Plensa encapsulates themes of globalization and human presence, conveyed through mediums such as steel, bronze, synthetic resins, sound, plastic and light. While his work can be seen in museums, galleries and art fairs around the world — like Together  for the Venice...