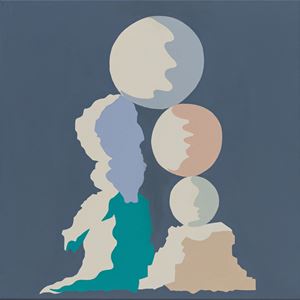 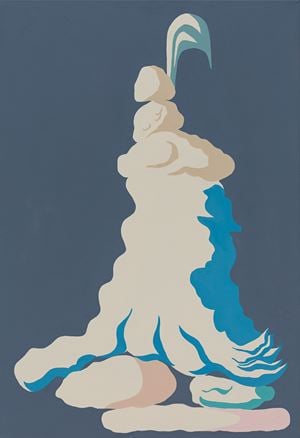 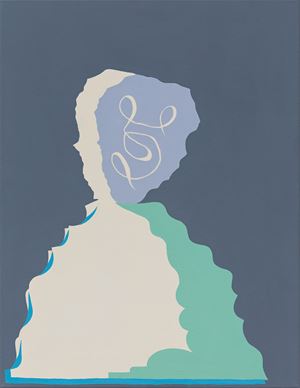 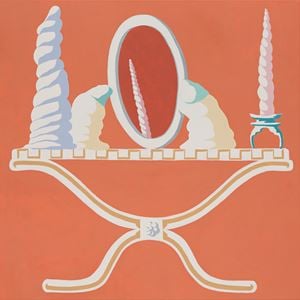 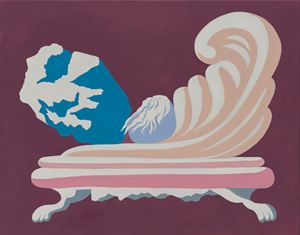 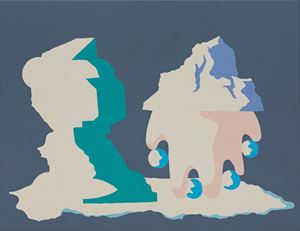 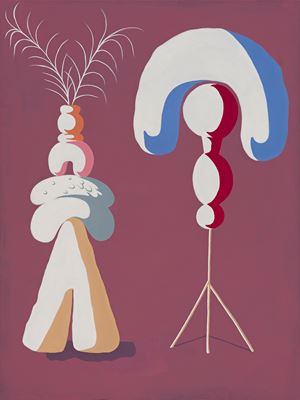 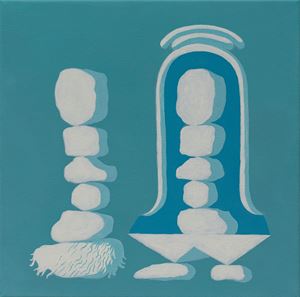 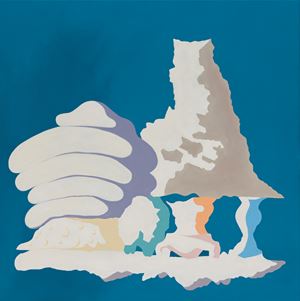 Gallery 9 is delighted to present Michelle Hanlin's new exhibition of paintings, The Soft Rock Scene. A coy reference to the 60's and 70's musical genre that smoothed out hard rock's rough edges, Hanlin's paintings depict anthropomorphic forms stacked and slumped within the hard-edge frame of each painting. Hanlin finds creative inspiration in sculptural traditions of bas relief, molds, casts and assemblages as well as old printing processes. A single light source and the play of shadow within a restricted colour palette, gives form to these objects and they appear illuminated as if on a stage. Abstracted and simplified, the objects become emblematic. Hanlin's visions are the embryonic seeds of ideas, realised as amorphous forms, presented starkly nonetheless.

Sign up to be among the first to know when new exhibitions by Michelle Hanlin or at Gallery 9 open.