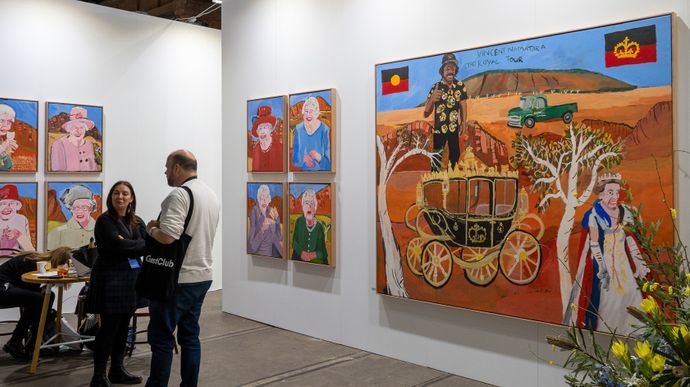 Sydney Contemporary 2022: In Photos
Latest Photolog ByHazel Ellis
12 September 2022
Australian art fair Sydney Contemporary returns to Carriageworks from 8–11 September. Ocula's Hazel Ellis was on the ground to capture all the art, the energy, and the atmosphere on the fair's opening day.
Latest from Sydney

Sydney has a thriving gallery scene. In this Sydney Art Guide you will find a comprehensive list of leading galleries to visit in the city.

Included in this Sydney Art Guide are Ocula Member Galleries, selected by a committee of respected international gallerists with the purpose of presenting only the best of contemporary art on Ocula. Members include Roslyn Oxley9 Gallery, Gallery 9, Martin Browne Contemporary and Yavuz Gallery.

Roslyn Oxley9 has a long history of supporting contemporary art. The gallery has fostered some of the most important Australian contemporary artists, including Tracey Moffatt, David Noonan, Fiona Hall, Patricia Piccinini, Dale Frank and Bill Henson. Artists represented by Roslyn Oxley9 Gallery have been selected for significant international survey exhibitions, including the Venice Biennale and other biennales.

Open since 2006, Gallery 9 presents a dynamic programme of exhibitions by artists. The gallery represents artists from Australia, New Zealand and the USA. It is committed to nurturing the practices of its artists over the long-term, encouraging experimentation and artistic development. Artists represented by Gallery 9 include painters Grace Wright, Ed Bats, and Louise Tuckwell.

Originally established in Singapore in 2010, Yavuz Gallery opened in Sydney in 2019. The art gallery's programme is dedicated to the promotion of intercultural dialogue through contemporary art, presenting a diverse group of established and emerging artists from around the globe. Artists represented by Yavuz Gallery include prominent Southeast Asia artists, such as Isabel & Alfredo Aquilizan, Pinaree Sanpitak, and Alvin Ong, as well as Antipodean artists such as Abdul Abdullah and André Hemer.

In 1991, Martin Browne, a former Head of the Australian Art Department at Sotheby's Australia, opened his eponymous Sydney gallery. Now called Martin Browne Contemporary, the gallery is dedicated to showing the finest in Australian and international modern and contemporary works of art. From its two light-filled spaces in Paddington, the gallery shows its programme in the heart of the Trumper Park Art Precinct, Sydney's premier arts locale.

Our exhibition profiles include press releases, installation images, and for gallery spaces, a selection of artworks being shown in Sydney. They also include access to profiles on artists currently showing work in Sydney.

With the aim to present only the best of contemporary art on Ocula, our Members are determined by a selection committee of respected and influential international gallerists who have regard to the gallery's dedication to presenting an exceptional programme of contemporary art.

Ocula Member Roslyn Oxley9 is dedicated to presenting not only the best of Australian art, but also exhibitions by important international artists too. The gallery programme has included exhibitions by Erwin Olaf, Moriko Mori, Tracey Emin, Hernan Bas, Isaac Julien, Yayoi Kusama, and Jim Lambie. The gallery has also been globally engaged, exhibiting at international art fairs for more than 25 years.

Martin Browne Contemporary is dedicated to showing the finest in contemporary art. The gallery combines a program of new work by its exhibiting artists with curated exhibitions of selected works from the secondary market.

Gallery 9, representing artists such as New Zealander Grace Wright, is unique for its placement of exhibitions by established artists alongside exhibitions by emerging and non-represented artists. Although possessing a broad focus on painting, the gallery also shows work covering a variety of mediums including ceramics, sculpture, video, photography and installation.

Yavuz Gallery is one of the leading contemporary galleries in Asia-Pacific supported by an ambitious exhibition and international art fair program committed to providing artists a global platform. Yavuz Gallery celebrates a strong curatorial program driven by social significance of artworks which challenge the issues of our times. The gallery regularly participates in art fairs like Sydney Contemporary, as well as Art Basel in Hong Kong.

Sydney's museums, and non-profit contemporary art spaces offer must-see viewing. Here is our selection of the best art museums and other non-profit art spaces to visit while in Sydney, Australia.

Ocula Magazine has developed a reputation for thoughtful and in-depth editorial dedicated to exploring the best in contemporary art.

Our team regularly covers shows and art news relevant to Sydney. Ocula has interviewed many of Australia's leading artists and curators, including Bill Henson, Tracey Moffat, Natalie King, and Patricia Piccinini. Ocula has also covered the Biennale of Sydney in various reports, as well as written on important gallery and institutional exhibitions via insights and features.

Through 40+ years of combined experience and extensive relationships with galleries, auction houses, art dealers, and collectors, the Ocula Advisory team has exceptional knowledge about and access to a broad spectrum of modern and contemporary artworks.

Follow the Advisory team for their Picks on must-see Sydney art shows, exceptional artworks in the city, and Sydney artists to follow as well as Sydney art market news.

Artists on Show in Sydney

In Sydney you can view work by Australia's leading emerging and established artists, as well as the work of many important international artists showing around the city. Below is a selection of artists with works currently on view in exhibitions showing with Ocula Member Galleries. 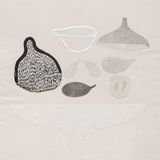 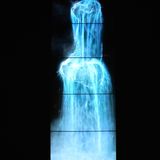 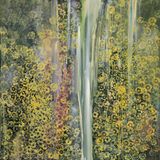 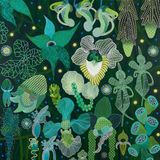 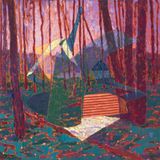 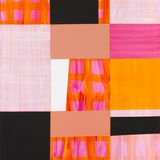 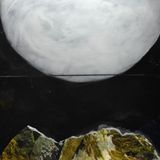 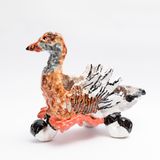 Representing leading galleries in Seoul, on Ocula you can view a selection of artworks by important established artists, and emerging new talents currently being shown in the city.

Sydney is host to a wide-range of vibrant and diverse museums and galleries, alongside non-profit organisations and artist-run-initiatives. The Art Gallery of New South Wales boasts one of the largest collections in Australia and, since its establishment in 1871, has been fundamental to Sydney's cultural landscape. With the development of its 'Sydney Modern Project', the Art Gallery of New South Wales will double its exhibition and education spaces by 2021 with a new building design by internationally acclaimed architects SANAA.

Claiming space along Sydney's iconic harbour, the Museum of Contemporary Art Australia is dedicated to living Australian artists. It also hosts exhibitions by national and international contemporary artists such as Yayoi Kusama, Pipilotti Rist, Anish Kapoor, and Fiona Hall. Carriageworks, another key institution, is a multi-arts centre held inside the historic Eveleigh Rail Complex Yards. This enormous and unique industrial site lends itself to large-scale immersive programmes and international commissions.

Artspace is one of Australia's foremost non-profit contemporary art space and supports the production and presentation of new work, hosting an ambitious national and international program of exhibitions, residencies, and public programs that position art and ideas within a critical context. 4A Centre for Contemporary Asian Art, another leading institution, is dedicated to facilitating dialogue between Australia and Asia through exhibitions, research, and collaboration. Working with artists from across the Asia-Pacific region, it plays a critical role in advocating for an expanded view of global contemporary art.

Alongside public institutions are different models of private initiatives. Kaldor Public Art Projects, for example, has been commissioning artists for over 50 years—among them Christo and Jean-Claude, Anri Sala, and Marina Abramović —to create public interventions across Sydney. A more recent example is White Rabbit Gallery, which opened in Chippendale in 2009, to showcase extraordinary works of over 500 contemporary Chinese and Taiwanese artists from philanthropist Judith Nielson's collection.

The Biennale of Sydney is arguably the pinnacle of Sydney's cultural calendar. Held biannually since 1973, the Biennale is one of the world's longest running biennales and occupies multiple venues including Cockatoo Island, listed under the UNESCO World-Heritage.

For the 2004 Biennale of Sydney, Berlin-based American artist Jimmie Durham crushed a Ford Fiesta with a two-tonne quartz boulder (On Reason and Emotion [2004]). Originally displayed in the Sydney Opera House forecourt, the work is now permanently installed in the middle of a roundabout in Walsh Bay.

While Melbourne is known for its laneways filled with street art and graffiti, Sydney has a growing reputation for its public art spaces. The City of Sydney commissions a wide range of public art that encompasses fountains, monuments, sculptures, installations, street art and murals. Notable projects to date include Jenny Holzer's I STAY (Ngaya ngalawa) (2014), a 24-hour installation of text in English and First Nations languages; Chris Fox's impressive Interloop (2017) that reuses the old wooden escalators into a mind-bending installation at Wynyard station; and Tracey Emin's The Distance of your Heart (2018), made up of 67 tiny bronze birds perched on building window sills.

The city is also home to a variety of experimental and artist-run-initiatives that support emerging practitioners. Firstdraft, an artist-led organisation and the oldest of its kind in Sydney, has been the foundation of hundreds of artist's careers. More underground is Frontyard in Marrickville, a flexible community-run space that occupies the former Australia Council Research Library. Cement Fondu, one of Sydney's newest contemporary spaces, is situated in the old Stills Gallery space in Paddington. It runs an interesting program that brings together rising local artists with renowned international artists to build new relationships.

If looking to escape the city centre, there are many important galleries that can visited across Greater Sydney such as Campbelltown Art Centre, Blacktown Arts Centre and Casula Powerhouse.