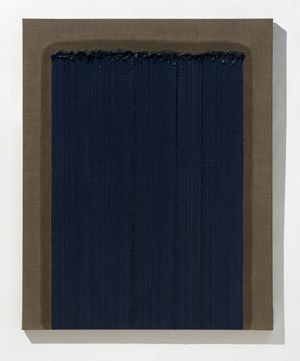 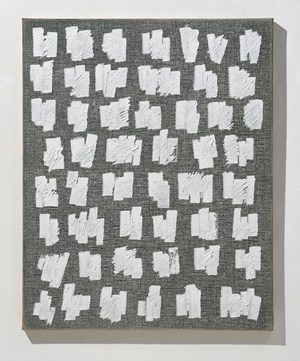 ⠀⠀⠀⠀⠀⠀'I borrowed the element of fire to compress the depth of time.'

Kukje Gallery is pleased to present Ha Chong-Hyun, on view from May 29 to July 28, 2019, at the gallery's Busan space. Ha Chong-Hyun showcases over ten recent works and marks the artist's first solo exhibition in Korea in nearly four years, and his first in Busan. Ha has a long relationship with the Yeongnam region in which Busan and Daegu are located, having been in the group exhibition Renegades in Resistance and Challenge at Daegu Art Museum (2018) and the Busan Biennale (2016). Best known for his experimentation with paint and commitment to asking, 'what is painting?' Ha's exhibition in Busan focuses on works from his celebrated Conjunction series, with special emphasis on his expanding exploration of colour as well as his innovative use of smoke and fire to transform the surface of his paintings.

This commitment to experimentation is a continuation of the work he showed at Kukje Gallery's Seoul branch in 2015. In that show, Ha introduced a series of Conjunction paintings that utilised a 'smoking' technique invented by the artist where thick, sooty smoke is applied to wet paint, leaving exquisite and unpredictable colours. A gasoline-soaked torch is held near the wet painting, allowing the heavy char smoke to naturally saturate the painted surface. This technique was the result of Ha's desire to replicate colors of nature that cannot be artificially made, revealing the artist's acceptance of chance in his practice. In addition, Ha began utilising subtle colours reminiscent of traditional Korean roof tiles or giwa, as well as tones evoking brick, soil, and silvergrass. Ha Chong-Hyun will be the artist's first exhibition in Korea to include large Conjunction paintings made with a new palette including red, blue, and vermillion (a combination of red and orange known as dahongsaek). One recent example of this interest in the symbolic role of colour is Conjunction 18-41 (2018) where the artist plays with the subtle correspondence of broad black strokes on the natural hemp to convey not simply a somber and artificial black palette, but the organic colour of a giwa roof that has weathered over time.

Ha's interest in colour is rooted in the artist's longstanding practice of careful observation of the landscape and appropriating everyday materials—reframing them as formal language—an investigation that goes back to his earliest works. From 1962 to 1968, Ha devoted himself to making abstract oil paintings in the style of the improvisational abstract art movement known as Art Informel. From 1969, following the founding of the Korean Avant Garde Association, through the mid-1970s, Ha went through a period of expansive 'material exploration' centered on objects such as plaster, newspaper, wood, rope, and wooden boxes. During this time, Ha Chong-Hyun sought out non-artistic and non-traditional media such as flour, newspaper, steel springs, and barbed wire, and began utilising both sides of the canvas using the rough burlap sacks that carried USAID rations following the Korean War. Exploiting the unique ground material Ha established an innovative method where he applies thick oil paint to the back of and pushes it to the front of the surface through the coarse weave, a process known as bae-ap-bub. This became the basis of his signature Conjunction series. The thick striated paint that oozes to the front is then freely transformed by the artist using tools such as knives, brushes, and wooden spatulas which Ha appropriately modifies in order to create the patterns that accentuate the pictorial plane. It is this process that results in the piece becoming a 'conjunction' between material and performance. This unconventional methodology illustrates Ha's defiant attitude towards preexisting hierarchies and modes of painting.

For his exhibition in Busan, Ha's use of red, blue, and vermillion shows the artist's commitment to exploring colors seen in mundane surroundings in Korea. In particular, the vermillion color is new, having become part of Ha's practice only last year. The vivid, red-orange colour seen in Conjunction 18-12 (2018) was inspired by the colourful patterns known as dancheong that are used to decorate wooden structures and traditional Korean musical instruments. This will be the first time Ha is showing a painting using this color in Korea.

In another example of Ha's ongoing commitment to experimentation, Conjunction 18-52 (2018) shows the artist using a combination of 'smoking' a white oil ground and then using a thin wire, with which he gently scrapes the blackened surface exposing the white paint underneath. He then uses the wire to create a kind of calligraphic scratching across the composition, as a method that is reminiscent of Ha's experimental period in the early 1970s during which he used barbed wire and nails.

Though he is in his mid-eighties, Ha Chong-Hyun continues to create powerful paintings with surfaces infused with materiality and energy. His vitality comes from experimentation and proves that Ha is still exploring new compositions and expanding the boundaries of painting. The first half of this year has been especially busy for the artist as he prepared for not only the exhibition at Kukje Gallery Busan but an upcoming solo exhibition scheduled for September at Cardi Gallery in Milan. Furthermore, opening on June 21, Ha will participate in Landlord Colors: On Art, Economy, and Materiality, a group exhibition at the Cranbrook Art Museum in Michigan, displaying his 1972 barbed wire work and Conjunction paintings from the first half of 1979 alongside artists including Lucio Fontana, Jannis Kounellis, and South Korea's Park Seo- Bo, Kwon Young-Woo, and Yun Hyong-Keun. In July, he will participate with the Korean artist Kim Tschang-Yeul in Abstraction, a group exhibition at Song Art Museum in Beijing, showcasing a series of large-scale red, blue, and white Conjunction paintings. In February 2020, Ha will hold another solo exhibition at Almine Rech Gallery in London.

Sign up to be among the first to know when new exhibitions by Ha Chong-Hyun or at Kukje Gallery open.
Sign Up