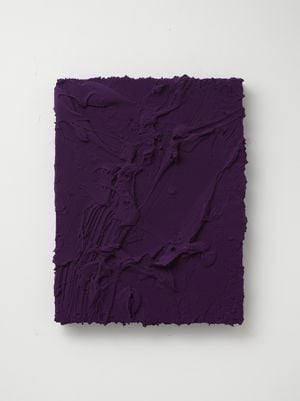 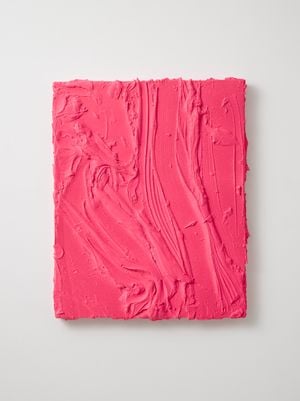 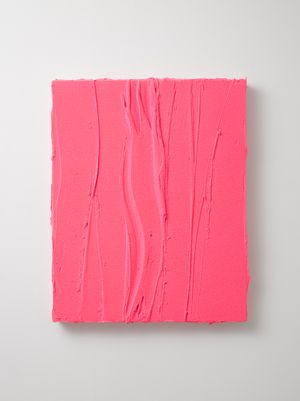 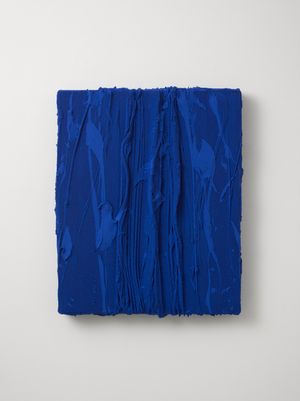 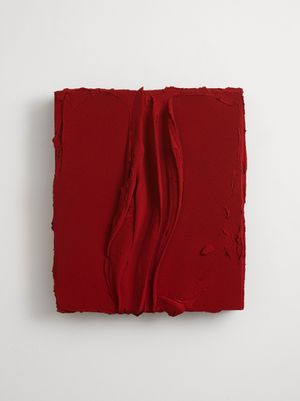 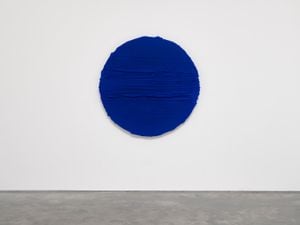 Lisson Gallery is pleased to present Jason Martin’s first solo exhibition in Shanghai, unveiling eight new works created specifically for the show. As the title suggests, the exhibition is a return to the fundamentals of life—Space, Light, Time—and a mark of appreciation for these facets following the turmoil of the past year, as well as to the foundations of painting. This ensemble of works, all sculpted paste on aluminium with pure pigment, were created by the artist in his studio in Portugal.

Martin has gained renown for his thick impasto, gestural paintings that challenge our perception of two and three-dimensionality by occupying space beyond the panel itself, balancing on the precipice between painting and sculpture. Since studying at Goldsmiths College in London in the early 1990s, the artist has pushed the boundaries of painting to its limits, at times even pouring paint beyond the borders, surpassing the confines of the panel. Previous works have been characterised by the single sweeping brushstroke, but here Martin adopts a more visceral, fluid approach using his hands rather than a tool and created flat as opposed to on the wall. While the earlier oil works, derived from Minimalists such as Robert Ryman and Frank Stella, bore a certain chance encounter, these paintings reference Yves Klein and Lucio Fontana in their primary concern with colour as well as the presence of the body; Martin leaves a physical echo in his works through the evident trace of his hands.

Three works are presented in the first room of the gallery: the first two in Oriental blue and Cobalt violet, and the third, on the far wall, an Ultramarine blue tondo. Here we see the artist’s manipulation of the medium, sculpting the surface into dense abstract layers, with edges, curves and folds. With conceptual roots in the genre of landscape painting, the works have a dialogue with figuration, evoking the expanse of the raw and rugged landscape beyond Martin’s studio, and serving as a relic of the natural world. These works illustrate the core of Martin’s practice, yet depict the ever-evolving pursuit of an artist exploring new and unique ways to handle the medium, and the scenes that emerge.

As you walk through the space, a series of fluorescent red and pink works greet you: Untitled (Fluorescent flame red / Rosso laccato), Untitled (Fluorescent pink / Rosso laccato), Untitled (Permanent red) and Untitled (Fluorescent pink / Titanium white) (all 2021). On the opposite wall, Martin’s larger-scale painting, rendered in a luminous Quinacridone scarlet shade, completes the exhibition. These works see Martin focus on the beauty of impervious, rich colour, creating hypnotic swirling forms. Beyond oil and pigment, the artist has explored varying materials in his work—from the opulent, mirrored surfaces of gold, silver, nickel and copper to the intensely terrestrial use of graphite. Instead of the flux witnessed in some of Martin’s earlier work, these new paintings emit a contemplative yet joyful vitality—the use of colour suggesting a desire to escape the melancholy and start anew.

Sign up to be among the first to know when new exhibitions by Jason Martin or at Lisson Gallery open.
Sign Up
}