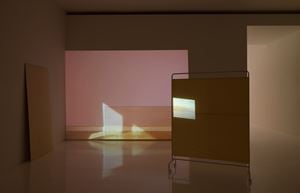 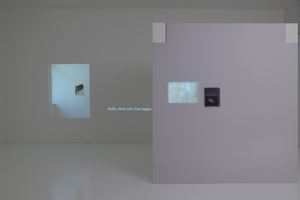 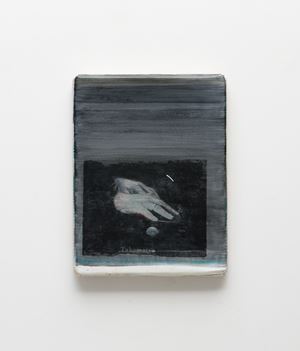 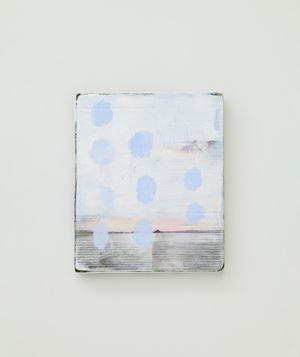 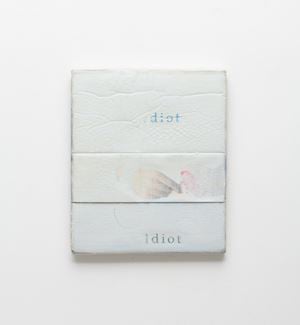 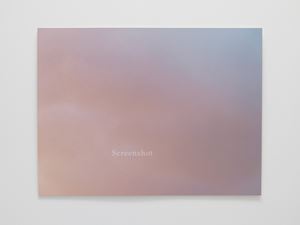 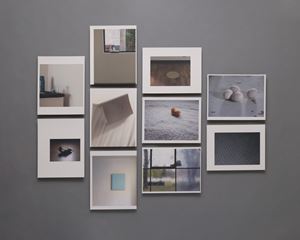 In recent years Lee Kit has been a traveling artist. He has been invited to travel to nearly forty cities around the world in order to exhibit in biennials, museums, galleries and other institutions. Kit would usually live and work in a specific location for a while so that he could create and exhibit at the same time. When the artist had a solo exhibition at the Hara Museum of Contemporary Art in Tokyo in 2018, he spent a little over ten days in and around the museum. While there, he spent most of his time observing the behaviours of people associated with the city of Tokyo and their emotions that manifested through their actions. With the exception of some paintings and objects, the show was composed of projected images which Kit recorded around the museum on a daily basis and edited for this exhibition. When the museum staff arrived at the exhibition each morning they saw near-empty spaces. When they turned on the projectors one by one, light and sound would fill the rooms. Soon visitors moved around the museum, superimposing their own shadows on the projected works of art. By using all kinds of environmental factors such as the changing time and weather, Kit visualised the stillness, movement, atmosphere, and lights and shadows of a sentimental space such as the Hara Museum of Contemporary Art - a western style private mansion established before the war that will be sadly closed early next year.

As mentioned above Kit's exhibition space does not diminish the quality of his artworks by allowing people to be part of it. In the same way, no matter how people got involved in his artistic practice, its essence would never be tainted. Kit's work and his art making are open but closed, and closed but open simultaneously. The greatness of Lee Kit is that he realises a new methodology of making things happen in his exhibition while securing unrestricted freedom for others at the same time, in addition to practicing this methodology in his everyday life.

Since March 2019, his hometown of Hong Kong has been subjected to an unprecedented harsh reality. It is not hard to imagine that this event was not only a social incident for many people, but a tragedy whose relentless fragmentation inflicted unhealable wounds on the individual level as well. About a year later, the COVID-19 spread from Asia to the rest of the world. Given this backdrop, the exhibition titled (Screenshot) was developed around the concept of 'guiltiness'. The artist will not be coming to Tokyo this time due to the ongoing tight travel restrictions. Instead, he will send the gallery instructions of how to set up the exhibition from Taiwan, and we will collaborate with him remotely to complete the installation. This exhibition will include not only paintings, but also photographic works made from the photo documentary that Kit has been continuously posting on Facebook for the past six years.

When asked about any change in his mind as an artist, Lee Kit said that in terms of 'how to make things happen' he hasn't changed much. People live under the conditions given to them from the moment they are born. The happiness and unhappiness of those conditions cannot be measured, but if we continue to think about them, we can crawl out of our daily lives and breathe a little more. Lee Kit's methodology will also have its power in these conditions. It is not capable to denounce politics and save lives, but it should drill a hole in the walls of reality and give us room to nurture our imagination. 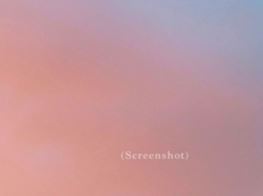 In recent years Lee Kit has been a traveling artist. He has been invited to travel to nearly forty cities around the world in order to exhibit in biennials, museums, galleries and other institutions. Kit would usually live and work in a specific location for a while so that he could create and exhibit at the same time. When the artist had a solo...

Sign up to be among the first to know when new exhibitions by Lee Kit or at ShugoArts open.