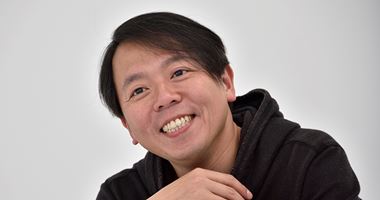 Born in Hong Kong and now based in Taipei, the trans-disciplinary practice of Lee Kit (李杰) incorporates painting, moving-image and readymade objects along with other intangible elements such as light and sound to create poetic reflections on his everyday surroundings and experiences.

Lee's ongoing 'Hand-painted cloth' series originated in 2001 during his training as a painter at the Chinese University of Hong Kong and was critical in his stylistic development. The works consist of fabrics covered with repetitive lines. After painting the fabrics by hand, Lee brings them into the public sphere as functional items such as tablecloths, curtains or picnic blankets. In Sunday Afternoon: Picnic with friends and hand-painted cloth at Yung Shu O, Sai Kung (2003), for instance, photo documentation shows a picnic taking place on one of said fabrics, providing a marker of the fabric's public existence, which in this case came after a long period of government-encouraged indoor seclusion from the SARS epidemic.

Over the years, Lee's practice has expanded to include object-based installations, arranged in a seemingly haphazard fashion to create what the artist calls 'settings'. Exemplary of this was You (you)—Lee's presentation for the 55th Venice Biennale in 2013. A blue office carpet covered the Hong Kong pavilion's floor, with domestic objects such as a vacuum cleaner, a bucket and an unplugged hairdryer placed throughout the space. The objects were individually familiar, yet became uncanny in their arbitrary placement—an evocation of the title, which calls to mind the abstract yet simultaneously concrete experience of looking at oneself in the mirror. The domestic items in You (you) granted viewers a sense of familiarity, lending an intimate dimension to the work.

Much of Lee's practice is about conveying an internal state—whether of loss, sadness or boredom. As such, there is a universal quality to his works. In what the artist calls his most important work, Scratching the table surface (2006–11), the forbiddance of smoking indoors resulted in Lee scratching a table-top with his finger whilst feeling equal parts happy, sad and nervous—a coming-together of emotions. What ensued was a three-year action of carving a hole out of the table with his finger and posting 300 letters to friends informing them of the activity. The table was included in A small sound in your head (28 May–4 September 2016) at SMAK in Ghent—the artist's first institutional solo exhibition in Europe.

Parallel to the exhibition at SMAK was Kit's solo show Hold your breath, dance slowly at Walker Art Center in Minneapolis (12 May–9 October 2016). The exhibition included I can't help falling in love (2012), a 13-channel video installation in which each television showed footage including branded products and text hinting at Hong Kong's omnipresent market capitalism. The exhibition also included a number of Lee's object-based installations consisting of everyday objects in muted colours and subtly toned paintings, onto which swathes of light were cast from projectors—devices that often feature in his works. The pixels in the projected light provided a textural quality to Lee's installations that—in their careful composition and subtle, muted colours—can be seen as an expansion of Lee's formal training as a painter.

Kit was shortlisted for the 2013 Hugo Boss and Rockbund Art Museum Asia Art Prize and has participated in a number of major solo and group shows, including at the Hara Museum of Contemporary Art, Tokyo (2018); the Sharjah Biennial (2015); the New Museum Triennial, New York (2012); and the Shanghai Minsheng Art Museum (2012).

[Jakarta][0] may be sinking, prompting the announcement last month that Indonesia will create a new capital on the island of Borneo, but the city's longest-running art fair is on the rise. Founded by

In 1989, British author JG Ballard published The Enormous Space, a short story about Gerald Ballantyne, a man who withdraws from the world and fortifies himself in his abode, not due to agoraphobia

“Who sees me naked, and who spends time alone with me in the bathroom? Johnson & Johnson. Nivea.” This is how Lee Kit, Hong Kong’s representative at the 2013 Venice Biennale, discusses the personal hygiene product logos in the paintings that unassumingly populated his Walker exhibition, Hold your breath, dance slowly : as...

In recent years Lee Kit has been a traveling artist. He has been invited to travel to nearly forty cities around the world in order to exhibit in biennials, museums, galleries and other institutions.

Be among the first to know when new artworks and exhibitions by Lee Kit are added to Ocula.
Sign UpLogin