Whitney Bedford is an American contemporary painter. Bedford uses her own mark making to bring the original source material of her paintings into the realm of the imaginary. Layered with both ink and oil paint, romantic scenes of destruction, calm at sea, and migrating birds are manipulated to the point of abstraction, showing only vestiges of her starting point.

Bedford received her MFA at the University of California, Los Angeles in 2003. She was the winner of the 2001 UCLA Hammer Museum Drawing Biennale and received a Fulbright Graduate Fellowship from Hoschule der Kuenste, Berlin.

Bedford aligns herself with the historical school of naval painting, “trying to update it, or even capsize it, in a way that only a hybrid of educations and living on the edge of the California coast can do.” For Bedford this is a way of claiming rigid, academic imagery and making it her own. She states: “Sometimes it is the paint itself that sinks the images. Other times, I push the paintings to reduce their images to abstract forms or landscapes that connote a different space, one aged by time and impossible to revisit.”

There is a mercurial quality to Whitney Bedford’s work. Her paintings have a compositional turbulence and a distinctly ominous air – their listing ships, heavy seas, detached icebergs, temperamental landscapes and low horizons stirring up notions of the sublime – yet on closer look another language begins to emerge, one altogether more eloquent. Drawing on Bedford’s architectural training, the works are first drafted in fluid, angular marks made with ink often lost in overpainting. Swiftly overlayed with an application of paint that is both beautiful and cruel as it actively creates and destroys, the gestural brushwork and dark ink offer crisp linearity with a capricious, smudgy chaser. 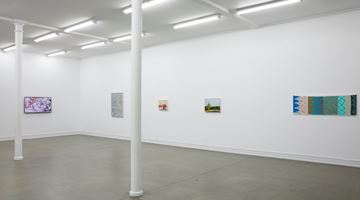 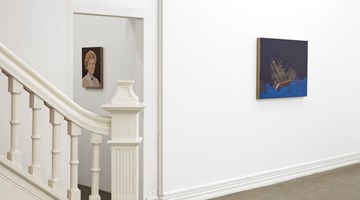 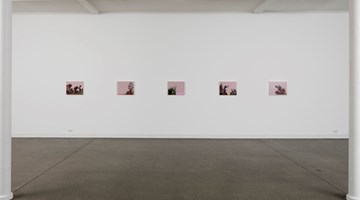 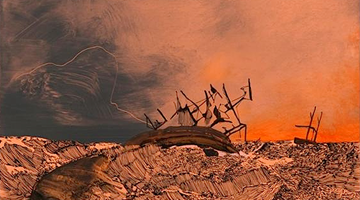 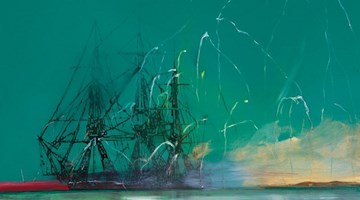 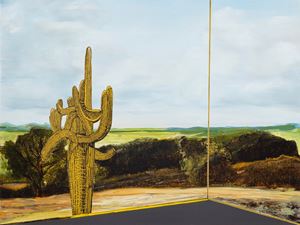 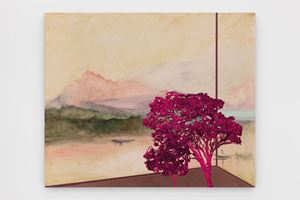 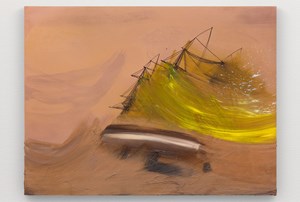 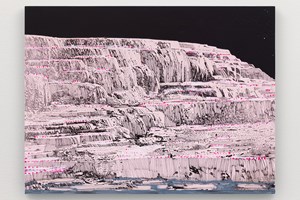 Whitney BedfordPink and White Terraces (study through the night), 2018Ink and oil on linen on panel
18 x 24 inches Starkwhite Enquire 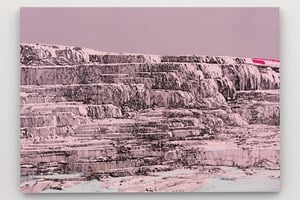 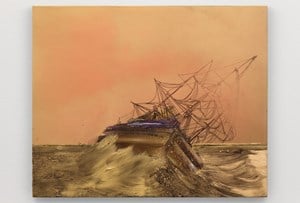 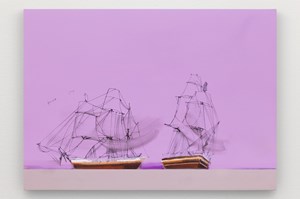 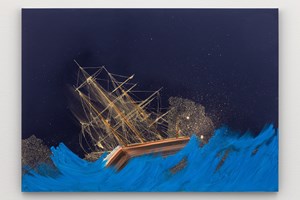 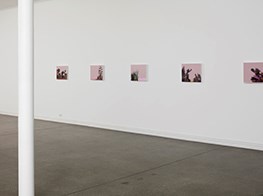 This is the third Auckland exhibition by LA artist Whitney Bedford, presenting paintings of clippers sailing in turbulent seas - a metaphor for her own emotional inner life - and in other works, the distinctive details and outlines of Californian vegetation. She works with flat pastel backgrounds, intricately detailed botanical textures rendered...