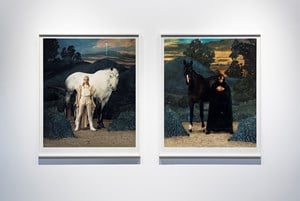 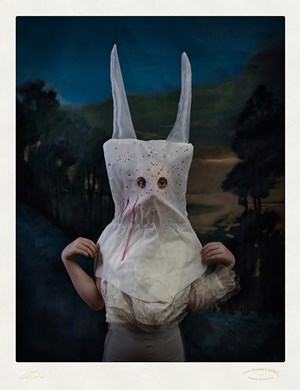 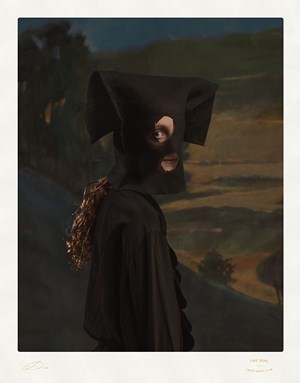 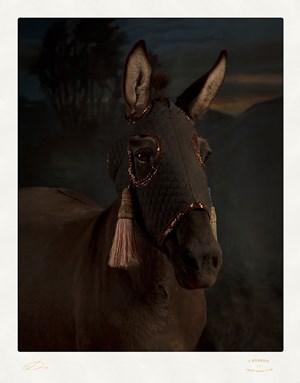 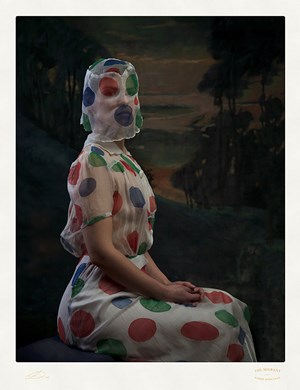 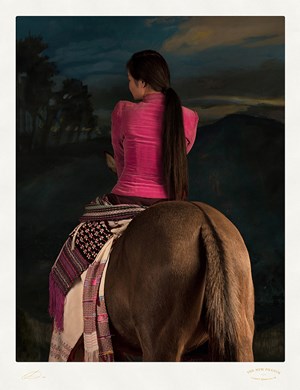 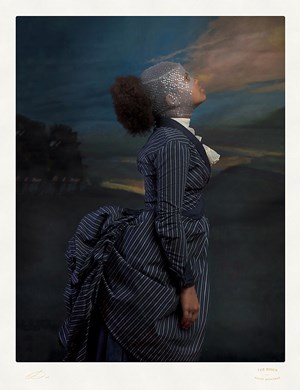 We are delighted to invite you to view Ghost Hoovanah, an exhibition of new work by Jacqui Stockdale. Introducing live animals into the picture, Stockdale explores the play between dualities and re-examines the notion of migration and voyage as part of the Australian story. Her theatrical portraits integrate human and animal, ghost and mortal, memory and documented history. In the photographs her new subjects are clad in headdresses and posed in front of a large hand painted backdrop depicting the remains of a gold mining quarry in Bendigo, Victoria. It was originally a Chinese precinct called Dai Gum San, meaning, Big Gold Mountain, land of Hope and Fortune.

'The crux of the artist's revisionist position is the reanimation of voices that paternal histories repress. The awakening brings forth mothers, monsters, lovers and the wild folk, known to haunt the colonial scene.' —Damian Smith, 2018.

Jacqui Stockdale is one of Australia's significant contemporary artists, exhibiting globally since 2007. She is renowned for her humorous, magical and symbolic images that include theatrical portrait photography, painting, drawing and collage. Her practice engages cultural identity, folklore and the transformative nature of masquerade and ritual in society.

Stockdale was 'artist in residence' with Circus Oz in Mexico in 2007 and performed as 'the artista' with the Burlesque Hour, 2004. As recent founder of ARTCLASSCO, a mini art school in Melbourne, Stockdale has also extended her creative knowledge to many forums around Australia, including Indigenous communities, youth, and prisoners. An ABC TV documentary about her practice titled 'Heart', featuring hand-drawn animations, won Best Documentary at the 2008 Melbourne International Film Festival.

Sign up to be among the first to know when new exhibitions by Jacqui Stockdale or at THIS IS NO FANTASY dianne tanzer + nicola stein open.