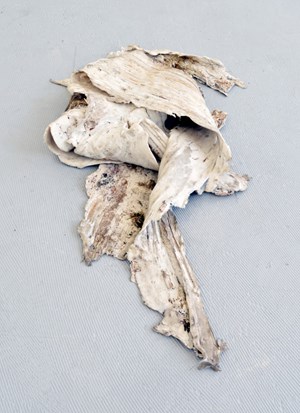 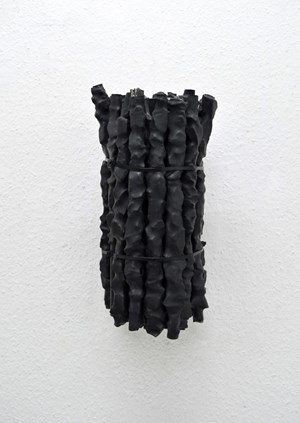 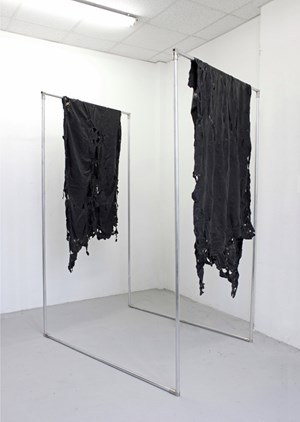 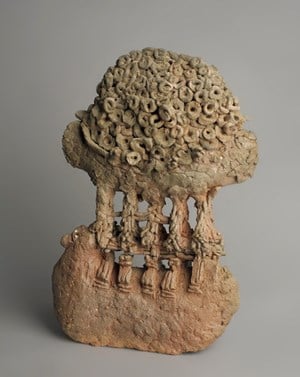 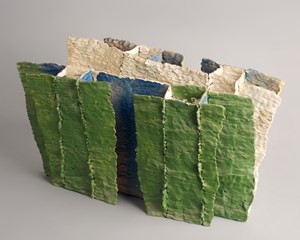 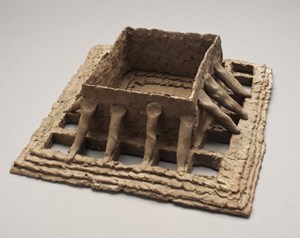 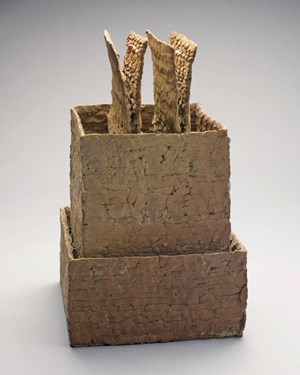 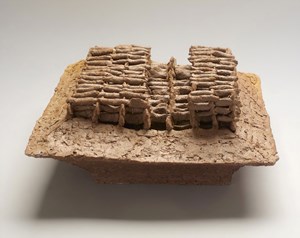 Thomas Erben is very excited to present out on a limb, a three-person exhibition featuring a series of new paintings by Jason Eberspeaker, sculptures by Martin Maeller, and ceramics by Stanley Rosen.

For each of the three artists, change is either an inevitable or foregone development. Processes and the possibility of instability, openness, and perpetual transformation underlie the creation and understanding of all the exhibited works. Collectively unfixed, out on a limb surveys a body of work that leaves itself incisively open, somewhere between being created and wholly complete. This irresolution, a gap between now and next, sits uneasily alongside our current affairs, where much is known (climate change, growing inequality, political polarisation) and little is done. With a world so far from resolved, lacking a clear direction forward, the state of being unfixed takes on a portentous quality: openness not as a utopia, but unending stasis.

Working generally in oil on small-scale canvases, Jason Eberspeaker (b. 1980, Grand Rapids, MI) creates intimate glimpses of uncanny worlds, liminal land- and mindscapes suffused with an atmosphere of the unknown and paranoia. Imparting a new reflexiveness to his work-turning his view inward, or perhaps around-Eberspeaker's newest paintings have begun to feature smooth-faced masks amid his shifting, ambiguous vistas. Peering out of the paintings like abandoned objects, these vacant-eyed and steely blue faces coolly meet the viewer's gaze, a mirroring that deepens the sense of audience, entrance, and backstory in these works. Eberspeaker lives and works in New York.

Berlin-based artist Martin Maeller (b. 1990, Bavaria, Germany) creates sculptures that approach materiality and meaning post-event, as if viewed after an ending. Conveying the sense of use and loss, they contain a charged, eerie atmosphere, like that of ruins. However, in their combination of industrial and organic materials, Maeller's work sits uneasily in the present, flattened between a preserved past and uncertain future. energetic decomposition (2018/2019), for example, combines heat shrinking tubes (the sort used to repair faulty power cables) with Tourmaline, a 'spiritual healing stone to transmute negativity in the mind-body-soul complex.' Both materials are used to repair damaged or malfunctioning systems. Combined, however, they look more like bundles of sticks or dynamite. Healing does not seem to be offered; the work instead operates with what Maeller calls an 'inner disunity' and focuses on the exhausting conflict with the self. Maeller lives and works in Berlin.

Since emerging as an artist during the U.S. arts and crafts revival of the 1950s and 1960s, Stanley Rosen (b. 1926, Brooklyn, NY) has charted a singular career in ceramic sculpture. On display in out on a limb, Rosen is exhibiting four pieces, including Untitled (1980s), a painted sculpture that, like much of Rosen's body of work, is both idiosyncratic and historical, distinct and referential. Whether it reads as a charged, personal object, a model mud wall, or a ceramic sculpture, Untitled is a slippery work, just as believably made during the '80s as millennia earlier. Open in time in this way, these sculptures reveal Rosen's visionary approach to material, form, and texture. Rosen earned a BFA at the Rhode Island School of Design and an MFA at Alfred University. He was a teacher and studio manager at Greenwich House Pottery in New York during the 1950s and joined the art faculty at Bennington College in Vermont in 1960. At Bennington, Rosen led the ceramics department for many years and inspired a generation of ceramic artists. He currently lives and works in North Bennington, Vermont, where he maintains an ongoing studio practice. A one-person show of his work opened at the Bennington Museum in 2017.

out on a limb

Be among the first to know when new artworks and exhibitions at Thomas Erben Gallery are added to Ocula.