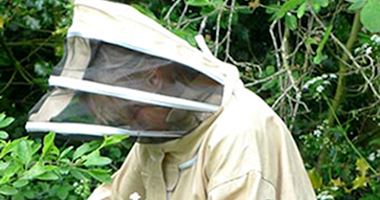 Boyd Webb is a renowned New Zealand and British artist/photographer, holding solo exhibitions at the Whitechapel Art Gallery, London, 1978 and 1987, and the Auckland Art Gallery in 1998.

Webb graduated from the University of Canterbury School of Fine Arts, Christchurch, New Zealand (1971), and the Royal College of Art in London (1975). He worked in photography in the 1970s, initially using cast figures as subjects for large Cibachrome prints.

Webb’s earliest photographs featured absurd stage-like scenes that considered the folly of human behaviour. Undermining the ‘truth’ of photography, these works also requested that the viewer reconsider their perspective. By the 1980s, he had developed surreal landscapes with isolated figures acting out curious morality tales. Webb’s visionary universe implicated an uneasy relationship between humanity and science.

More recently Webb has concentrated on still life images of botanical subjects that continue to question scale and perception of beauty.

Boyd Webb was born in Christchurch, New Zealand in 1947 and attended the University of Canterbury School of Fine Arts (Ilam). He won a scholarship to study sculpture at the Royal College of Art

Boyd Webb is best known for his amusing stage set-like dioramas and comical props that were constructed as temporary sculptures to be photographed, as well as (later at Crockford) images of transparent inflatable toys that when deflated and documented, had a disturbing sense of the uncanny. This new series of fourteen photographs at Two Rooms...

Be among the first to know when new artworks and exhibitions by Boyd Webb are added to Ocula.
Sign UpLogin