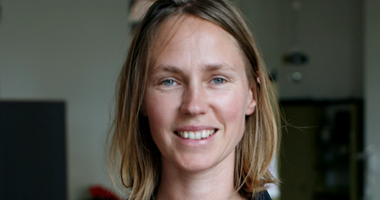 In 1998, a year after Francis Upritchard (b. 1976) graduated from the Canterbury School of Fine Arts in Christchurch, New Zealand, she re-located to London. Within two or three years of arriving she had become known for unusual sculpture made from modelling putty or fur, ambiguous works that exploited the conventions of museological display and the visual characteristics of tribal artifacts or taxidermied animals. Mixing satire, humour and poignancy, often with the use of scraps of oddly shaped materials that she found, Upritchard ascended quickly, reaching the Becks Futures shortlist in 2003 and winning the Walters Prize in New Zealand three years later.

When Upritchard exhibited in the Venice Biennale in 2009 (representing New Zealand jointly with Judy Millar) her new work attained a more pronounced lyricism. Presented on beautiful inlaid tables - not plinths - there was a consistent emphasis in expressive body gesture, combined with greater theatricality and more vibrant colour.

Upritchard has works in many New Zealand, British and international collections.

With Auckland Art Fair taking place at The Cloud on Queens Wharf during the first week of May, Sherry Paik introduces a selection of exhibitions to see around the city.

I can see quite clearly now that my concerns are walking around in circles, even when the look of things are developing.

Occupying the lion’s share of exhibition space at the Auckland Art Gallery, Freedom Farmers is said to be the museum’s largest survey of contemporary art in the last twenty-five years. Curated by the gallery’s own Natasha Conland, the exhibition looks at how the utopian energy of the 1970s is being artistically deployed in...

Joining Frieze in January 2015 as the Artistic Director for the Americas and Asia, Abby Bangser has brought over 10 years of experience in the art industry (at institutions like the Solomon R. Guggenheim Museum in New York and the Los Angeles County Museum of Art in California) to assist in the global success of the fairs, particularly with...

It takes a very specific perspective to appreciate the beauty of linoleum — especially in shades of pea green and dishwater brown. Where most would see cheap industrial material, Martino Gamper envisions endless possibilities. ‘‘I never feel limited by materials, techniques or color in my practice,’’ says the Italian...

New Zealand's official platform at the Venice Biennale began in 2001, and our formal representation was arguably already overdue at this point. There had been anomalous instances of New Zealanders exh

11 new artworks by Francis Upritchard have recently been added to Ocula. Sign up to be among the first to know when new works become available.
Sign Up Login