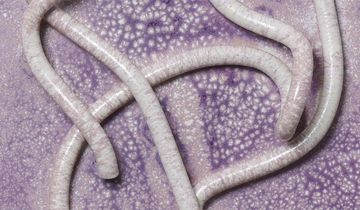 Mai-Thu Perret is a contemporary artist of Franco-Vietnamese descent whose multidisciplinary, installation-based works engage with experimental literature and feminist politics.

Perret demonstrates her interest in semantics and the structure of language by channelling literary techniques—like fragmented narrative and pastiche—into her artistic production. Since 1999, Perret has created artworks germane to a project titled ‘The Crystal Frontier’—a fictional narrative about the lives and work of members of a radical, autonomous, all-female commune. Disenchanted with the patriarchy and capitalist society, these women abandon city life and seek asylum in the deserts of New Mexico where they formed a collective called ‘New Ponderosa Year Zero.’

Conjuring a unique personality for each character, Perret assumes the role of an omniscient raconteur as she creates each discrete artwork from the perspective of one of her protagonists. The artist weaves together disparate domains of art and literature to form a rich narrative that reflects the diversity of her fictional community. Since the project’s inception, Perret’s oeuvre has grown to encompass a constellation of objects and ephemera including sculptures, paintings, drawings, collages, neon lights, films, performances, journal entries, letters and song lyrics. Though the artist does not adhere to a signature style, her works are tethered by an exploration of the potentials of a utopian feminist society and reflection on the failures of modernism.

Perret deliberately cultivates a sense of ambiguity across her body of work to investigate systems of interpretation. Many of her works’ more lyrical titles—such as This melody can only exist in heaven. In the world of men, how often can one hear it? and Where the sun and shade do not reach, there is marvelous scenery indeed—are intentionally paradoxical or absurd; Perret extracted them from a book of Zen koans— riddles designed by Zen Buddhists to provoke contemplation and guide them towards greater universal truths and enlightenment.

The artist further harnesses the power of ambiguity with her recurring use of suggestive motifs. Eggs makes a regular appearance in Perret’s glazed ceramic sculptures and can be found throughout her series of wall reliefs titled ‘Heart and Soul’ (2007). Perret’s egg motif connects to a wide range of symbolic meanings, from its allusions to birth and creation to its association with poultry farming. The Rorschach inkblots—with their inherent associations with psychology and the unconscious mind—is another trope Perret uses to grant interpretive freedom to her viewers and explore notions of subjectivity. Each of her series ‘Migraine’ (2010), ‘Melancholia’ (2011–13) and ‘Agoraphobia’ (2016) consists of monumental Rorschach-like stain paintings created by pouring acrylic paint onto synthetic carpet and successively folding the carpet onto itself.

Since 2016, Perret has expanded her focus beyond ‘The Crystal Frontier’ to address current events in the political sphere. As part of her series ‘Les guérillères’ (2016), the artist created life-size female mannequins using a variety of media (such as papier-mâché, glazed ceramic, wicker and steel). These mannequins wear synthetic wigs and variations of camouflage uniforms while often wielding brightly coloured, transparent assault rifles made of resin. The figures—named after French writer Monique Wittig’s feminist text Les Guérillères—are inspired by the YPJ (the Women’s Protection Units)—an all-female Syrian militia who fight against Jabhat al-Nusra and the Islamic State of Iraq and al-Sham (ISIS).

After receiving her BA in English Literature from Cambridge University in 1997, Perret co-curated independent art spaces in Geneva and New York before joining the Whitney Museum of American Art’s Independent Study Program in 2002. Her expertise in avantgarde art and theory is evident in her work, as the artist routinely draws from and pays homage to movements such as Constructivism, Dada, Bauhaus and Minimalism. She has cited a myriad of inspirations including artists Varvara Stepanova, Robert Smithson, Liam Gillick and Jim Shaw; and writers such as  Ursula K Le Guin, Charlotte Perkins Gilman and Monique Wittig.

Perret has held solo exhibitions in Switzerland, France, Belgium, Germany, the United Kingdom, the United States and Hong Kong. Her work was included in the 54th Venice Biennale and other biennials in Liverpool, Lyon, Athens and Geneva. In 2018, the Museum of Modern and Contemporary Art (MAMCO) in Geneva held a major retrospective of the artist’s work. Perret continues to exhibit her work internationally.

Ocula Insight Between Hong Kong and London, ‘Machines of Desire’ Is Open for Interpretation By Diana d'Arenberg, Hong Kong Summer shows can be uninspired affairs, but Simon Lee Gallery has resisted this tendency.