Hong Kong artist Nadim Abbas is concerned with technologies of perception both new and old. Deeply influenced by philosophy and science (both fictional and real), his practice has dealt with themes as varied as post-apocalyptic cinematic fantasies, bunkers, viruses, alien landscapes, kitsch and Japanese subcultures. Yet stemming from an early interest in photography and tying together his practice is the idea that images always exist at a distance, and that objects exist in ambiguous relationships with their own representations. His highly conceptual and research-driven projects and installations almost always contain visual and linguistic puns, as if poking fun at these lapses in meaning; his 2016 solo show Chimera at Antenna Space in Shanghai featured geometric sculptures based on the Blancmange fractal curve (a mathematical curve constructible by midpoint subdivision), while photographs and wallpaper in the gallery showed images of the sweet milk pudding of the same name. The title of the show was drawn both from a fire-breathing hybrid creature from Greek mythology and a 3D molecular visualisation programme developed for biological and medical research.

Such scientific visualisation—created by machines and used by researchers—is central to Abbas' practice. His 2016 installation Human Rhinovirus 14 included several high-powered fans suspending white beach balls in mid-air like celestial globes, while projectors cast visual mock-ups of the common cold virus onto the balls. Delving into NASA's public archive in 2012, Abbas made a series of stop-motion animations that combined and compressed microscopic images of viruses with images of cosmic objects captured during space exploration. Abbas was struck that images sent from space and seen on Earth often look artificial—an image of what resembles a lumpy potato may actually be of a distant moon or far-flung planet. Toying with the juxtapositions between minuteness and infinity, Abbas created the series of ambiguous and surreally coloured stop-motion GIFs with everyday food—in one animation, what looks like a roving satellite in an alien landscape is actually a clove-stuffed orange or a jackfruit roaming a terrain of instant noodles.

Abbas revisited both wallpaper and molecules for his 2017 exhibition Camoufleur at Vitrine in London, for which he covered two-thirds of a Bermondsey Square window display with yellow and blue camouflage print. Within the vitrine were zoomorphic robotic vacuum cleaners and a monitor playing an animation of the molecular structure of feline saliva. Several times a week, a performer clad in camouflage overalls and a Japanese television character-inspired helmet inched about in small, inconspicuous movements, blending in with the walls. Abbas' works are often concerned with bodies succumbing to the seduction of space; in this case, the performer attempted to escape the world in plain view. Tying together the domestic and public, the performance also drew on Abbas' ongoing interest in otaku and hikikomori—Japanese social classifications that are associated with intense reclusion and obsessive interests in gaming, manga and anime.

Given the meticulous and extensive research undertaken in many of his projects, one could imagine that Abbas might be the type of person prone to obsession. His 2013 exhibition Tetraphilia at Foundation d'entreprise Hermès in Singapore was a near fanatical etymological delve into the prefix 'tetra', derived from the Greek word for 'four'. Beginning with a fascination with concrete tetrapod breakwater structures that line the coasts of various island countries, Abbas probed the myriad of associations of the word: the exhibition included a pyramid of Tetra Pak juice boxes, images of tetra tropical fish, animations of molecules such as tetracycline and tetrahydrocannabinol (more commonly known as THC) and a recording of soprano opera singer Luisa Tetrazzini. Abbas explained that by presenting such an excess of information, he hoped a rupture may occur where the work could touch a viewer on an irrational level—like the mindless clicking from one Wikipedia article or YouTube video to the next in search of meaning.

Often, meaning must be carefully excavated out of Abbas' work. His exhibitions present images and objects devoid of socio-historical context—they frequently appear flattened and even clinical. Beach balls, industrial sandbags, window frames, and flea market and dollar shop wares are emptied of relation and defamiliarised. For example, the mixed-media installation Afternoon in Utopia (2012) featured several small repeated trapezoid structures made of packed sand in a 46-metre space. Perhaps unbeknownst to viewers, the sand-forms echoed those found in 'concrete islands' in Hong Kong—marginal, unused spaces filled with grids of concrete shapes to discourage homeless people from sleeping amongst them.

Much of Abbas' recent work is devoted to the psychology of the Hong Kong urban dweller; he was born and works in the city and teaches at the City University Hong Kong School of Creative Media and the Hong Kong Art School/RMIT University. In 2006, he obtained a Master of Philosophy in Comparative Literature at the University of Hong Kong. 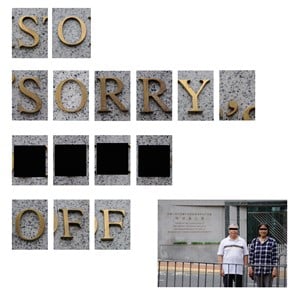 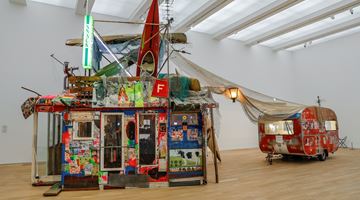 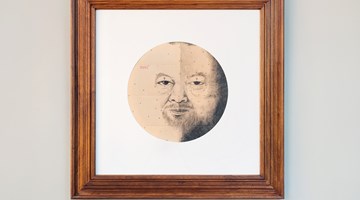 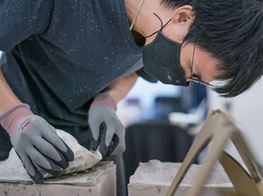 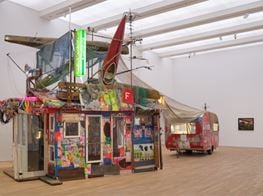 Ocula Feature In a Year of No Future: Cyberpunk at Hong Kong’s Tai Kwun By Emily Verla Bovino, Hong Kong 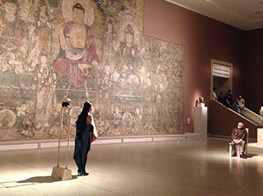 ‘I don’t have a concept of place anymore,’ was the response given by Ming Wong when asked about representing specific geographies during a panel as part of New York’s 10th Asia Contemporary Art Week (ACAW), 2015. Presented by the Asia Contemporary Art Consortium (ACAC), it brings together 150 artists, curators, and writers... 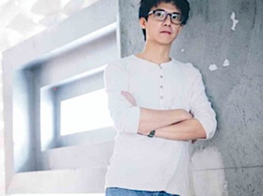 There’s a TV show on the National Geographic called ‘Doomsday Preppers.’ The show describes itself as one that follows ‘otherwise ordinary Americans who are preparing for the end of the world as we know it.’ In fact, there is a whole sub-culture in the United States of ‘preppers’—other outlets... 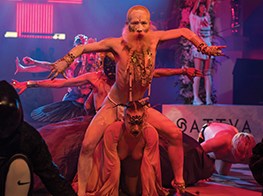 This past June, Beijing’s Ullens Center for Contemporary Art (UCCA) presented a major exhibition of the work of Robert Rauschenberg, pairing his 1/4 Mile or 2 Furlong Piece (1981–98) with work he made during the 1980s in and about China. Concurrent with the exhibition’s opening, UCCA invited students of Chinese artist Qiu Zhijie... 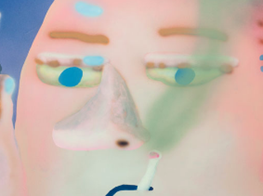 In June, a new local policy banning private entities from renting state-owned property meant BANK was evicted from its previous gallery space – the Union Bank building near Shanghai’s Bund district that gave the gallery its name. Now BANK has finally announced a solo by Austin Lee as the inaugural show of its new venue in Xuhui... 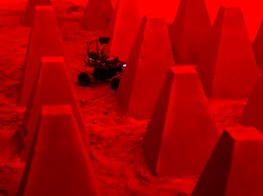 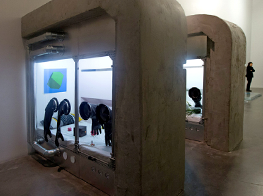 If you’re fed up with big joke-shop sculpture, diva spectacles and brain-dead abstraction, the New Museum’s 2015 Triennial, titled “Surround Audience,” will come as a break in the clouds. Not a full flood of new light, but a pull in a different direction, a microgravity shift in a gross-objects industry. It’s a...

Sign up to be notified when new artworks and exhibitions by Nadim Abbas are added to Ocula.
Sign Up