Niyaz Najafov is a self-taught painter and sculptor celebrated for his whimsical, dramatic and psychologically charged works. Having worked as a professional hand-to-hand fighter, a Soviet soldier, and a policeman, it was not until 2003, at the age of 35, that he began experimenting with oil paint—a practice that soon became an obsessive and passionate endeavour and lead him to represent his home country of Azerbaijan at the 53rd Venice Biennale in 2009.

Najafov graduated from the Baku Technical School of Physical Culture in 1985 and coached hand-to-hand combat for years before becoming fascinated by the act of painting. Interested in drawing as a child and inspired by other self-taught painters such as Paul Gauguin and Francis Bacon, Najafov allows his background in sports to influence his practice as an artist, focusing on movement and figure in many of his artworks.

Throughout his career as an artist Najafov has mainly worked in the medium of oil paint, creating figurative, landscape, and nature morte paintings. In his figurative works, the artist seems to express the struggles of the regular man, the fragility of human life, and also the dualities of human existence. The artist's landscape paintings, on the other hand, appear to express his global identity, his life split between Paris and Baku. In striking landscapes such as After the Storm (2012–2013), the artist sparsely populates the canvas with trees whose white lower trunks are redolent of French roadsides and upper limbs are bowed and creaking in gales—a reference to his home city of Baku, the City of Winds.

Najafov's figurative paintings are often depictions of characters involved in normal, everyday activities, albeit caught up in absurd situations: a naked figure might jump over a radiator, walk a dog, or drink from a cow's udder, for example. Having experienced various moments of darkness in his life—including a year in jail in Azerbaijan—such scenes are perhaps influenced by a personal existential anguish. His artwork is characterised by a type of bleakness, and yet are equally endowed with a dark sense of humour and even joy. Dancing on Bones (2012) depicts a woman caught naked in the middle of a dance move, one arm flung wide and a knee bent, her hair splayed in two pigtails, the blood red of the background a clashing contrast to the pink of her body. In Untitled 2 (2013–2014), four men sit around a table in shadows apparently swatting at flies—possibly a humorous reference to the proliferation of insects in Baku during the warm months, but also an act that is both mundane and ultimately violent.

Najafov's works have been included in numerous group and solo exhibitions in Baku and internationally, including at Gazelli Art House, London (2019); The Museum Centre, Baku (2017); Ningbo Museum of Art (2014); MAXXI, Rome (2013); and the French Embassy, Baku (2009). His works have also been acquired for reputable collections such as those of Alberto Sandretti, the Baku Museum of Modern Art, and the Museum of Modern and Contemporary Art of Trento and Rovereto. 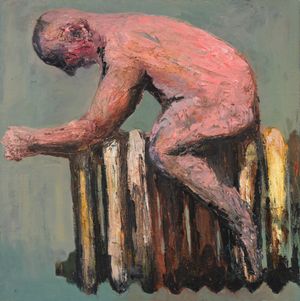 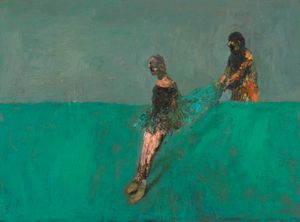 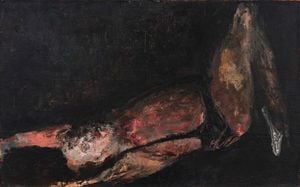 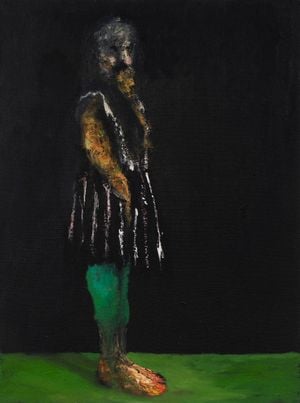 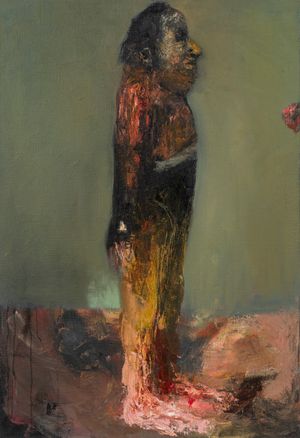 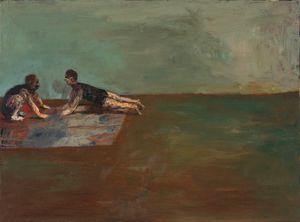 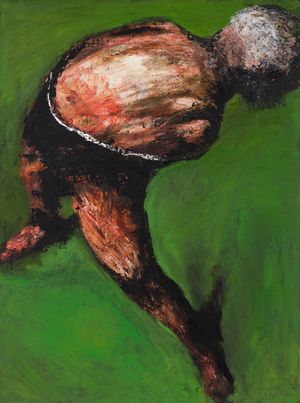 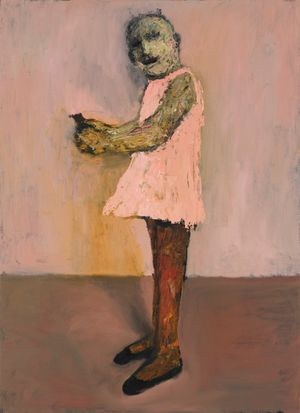 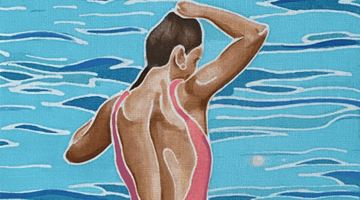 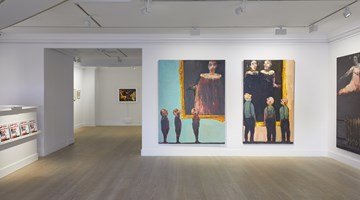 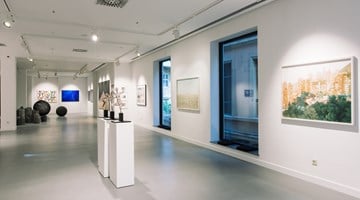 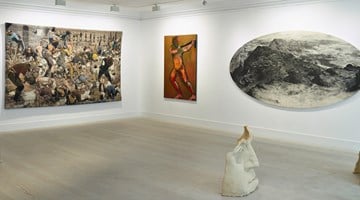 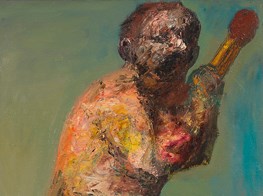 Azeri artist Niyaz Najafov has been touted as the next Francis Bacon, and in many ways the comparison is apt. Najafov, like Bacon, is self-taught. Having worked as a professional hand-to-hand fighter, a soldier in the Soviet army, and later a policeman, he first experimented with oil paints in 2003 at the age of 35, and was selected to represent... 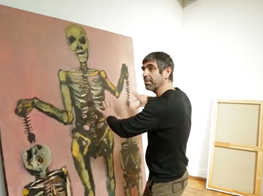 Najafov originally trained as a soldier, as well as a professional sportsman – coaching hand-to-hand combat. Inspired by other self-taught artists such as Paul Gauguin and Francis Bacon, it was only in 2003 that he began to experiment with oil paint. In a short span of time, Najafov has been touted to be the next "Francis Bacon" and has...

Sign up to be notified when new artworks and exhibitions by Niyaz Najafov are added to Ocula.