Developing a conceptually driven practice that maintains a pixelated attention to formal concerns, Rashid Rana has emerged as a leading figure among Pakistan's younger artists.

First educated at the National College of Art, Lahore, and earning an MFA from the Massachusetts College of Art, Boston, Rana also studied fashion design in Paris in 1996. Born in Pakistan, he now divides his time between Toronto and Lahore, where he is on the Faculty at the School of Visual Arts, Beaconhouse National University.

In works that suggest a simultaneous exploration of media and identity bound by a political edge, Rana satirizes pop culture, transforms symbols of traditional Muslim daily life, and reinterprets elements of art and cultural history. 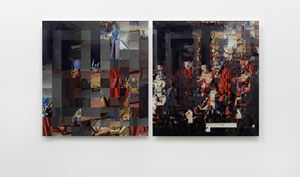 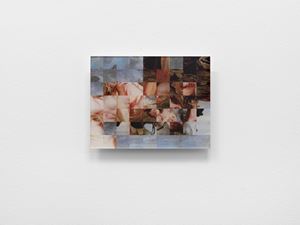 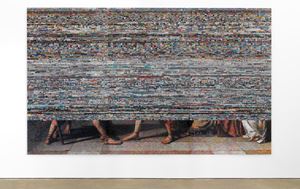 Art and culture are susceptible to the rampant global homogenisation that is occurring today, and we felt that there were ideas, philosophies, voices and opinions that needed to be discovered and explored.

View All (8)
Related Press There is no End | In conversation with Rashid Rana on #LahoreBiennale01 20 July 2017, ArtNow Pakistan

The greatest challenge in art today is not novelty rather contextualizing of expression. Defying the two fold binary present in the nature vs. culture discourse, where artistic practice explores eithe

Imran Qureshi was born in 1972 and grew up in Hyderabad, Sindh Province before settling in Lahore, where he is still based. Soft-spoken, thoughtful and deeply engaged with the sociopolitical context o

The Kiran Nadar Museum of Art (KNMA) has come up with their first exhibition Enactments and each passing day: An exhibition of moving images solely dedicated to the challenging and powerful medium of video art. A compilation of works by 15 contemporary artists ranging from young and dynamic practitioners like Shilpa Gupta, Rohini Devasher and...

Sign up to be notified when new artworks and exhibitions by Rashid Rana are added to Ocula.
Sign UpLogin