Twenty-six galleries are taking part in the event, which continues through 23 May.

The seventh edition of contemporary African art fair 1-54 New York is now open to the public. Previously held in the West Village, this year's event is being hosted online by Christie's.

'Although we are sad not to be returning to our usual format, we are elated that our continued partnership and relationship with Christie's has meant that we can once again exhibit the work of artists from Africa and its diaspora online via the auction house,' said Touria El Glaoui, the founding director of 1-54.

While sales are online only, there is an in-person element to the fair. 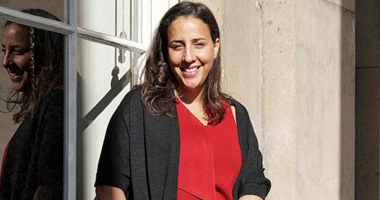 Zimbabwe-born, South Africa-based photographer Micha Serraf was named the winner of the Ritzau Art Prize 2021 as part of the fair's programming. Serraf, who is represented by Nuweland, Netherlands, will receive a three-month residency at the International Studio & Curatorial Program (ISCP) in New York City. Serraf will participate in the fair's talks programme, along with Knotted Ties artists Tina Williams Brewer and Dindga McCannon.

AFIKARIS is one of the 26 galleries participating in 1-54 New York this year, up from 24 galleries in 2019. They sold five works on the opening day of the fair.

'Considering that the costs and complexity of organizing an online art fair are much lower than for a physical fair, we can say that this fair is already a positive experience for us,' said Florian Azzopardi, who founded AFIKARIS in 2018 after discovering talented artists on business trips to the continent.

Azzopardi showed work in his 60-square-metre Paris apartment and at fairs in Beirut, Marrakech, and Cape Town before finally obtaining a physical space, which will officially open near the Centre Pompidou this month.

The gallery's first exhibition in the new 120-square-metre space will be a solo show by Cameroonian artist Jean David Nkot, which will run from 29 May–7 July, 2021.